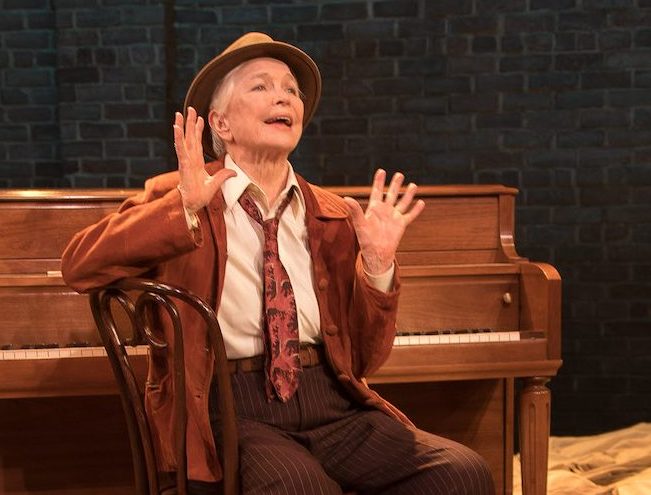 To label Classic Stage Company’s new production of William Shakespeare’s As You Like It “Marxist” might be at first off-putting to some. But, no. Despite the social equality of the Forest of Arden, the Marx that comes into play in this uplifting, musical and laugh-heavy spectacle are the four vaudevillian brothers responsible for cinema classics like Duck Soup and Horse Feathers. Set in the post-Depression 1930s, this As You Like It is a light-hearted romp that forgoes some of the heavier political and personal grievances that chased the main characters into the forest in the first place.

Instead, the focus here is on the discovery, by so, so many characters, of Love. Love that lights up the skies, causes men to vandalize trees and still others to eschew hedonism and commit to vows of marriage. In this first production of CSC’s 50th season (in conjunction with Bay Street Theater), director John Doyle has shaken up several other conventions of this most beloved of the Bard’s plays. That it’s a more musical version is nothing new, but Stephen Schwartz’s catchy jazz melodies plinked on an upright piano (and often accompanied by violin and/or ukulele) take the often scene-stalling “songs” that are already in the play and extend them out much further to practical effect. And a handful of characters are cast a bit differently than usual, most notably André De Shields as a delightful, but somewhat older Touchstone the clown. De Shields’ performance is both magical and uproariously funny. In long tuxedo tails, checkered vest, ascot and spats, he duck-walks into scenes at odd, inexplicable angles, reminiscent in look and style (sans moustache and glasses) of Groucho Marx, and with equally lightning fast improvisational wit. During a scene with his beloved Audrey (a charming Cass Morgan who also plays old “Anna”—in place of Adam), the two break the fourth wall, engaging a front row audience member. On the night I attended they brought a young man onto the stage to read a line or two, whereupon the young man’s companion rushed across the three-quarters stage with her cell phone to record the proceedings!!! Had it not been for De Shields’ delightful repartée (“was it something I said??” — which not only brought the house down, but the cast, too), I would have thought the entire event, bad audience behavior included, was planned. De Shields went on to pointedly antagonize the young woman through the remainder of the scene to still more laughter. Shortly thereafter Noah Brody playing the shepherd Corin—normally an “elderly,” but here a robust young man—snatched up the young woman’s cell phone (à la Chico or Harpo, take your pick) and proceeded to take a number of selfies. Normally audience misbehavior doesn’t warrant reporting, but in this instance it illustrated, in how humorously and in stride the matter was handled, the pure delight the cast was taking in the production. Though As You Like It’s beginnings are grim—the intense, paranoid Duke Frederick (a suave Bob Stillman, who also plays the Duke’s brother, Duke Senior) banishes his perceived political enemies, including his own niece Rosalind—the story blooms in the forest of Arden, where not only the banished but their loyal friends and servants have fled. Hannah Cabell’s Rosalind is tomboyish and quite convincing when she dons a country boy’s duds in order to pass as a man for her own (and Celia’s) safety. She’s perfectly paired with Quincy Tyler Bernstine’s Celia, who is an unusually wry comic foil for Rosalind and her asides and sideways glances make funny scenes considerably moreso. And their interactions with the bold, hunky and smitten Orlando (a deeply moving Kyle Scatliffe) are enhanced by their unique pairing.

The transition from court to forest could have proved complicated in this mid-century setting, but the stage design (John Doyle with David Arsenault) with its honky-tonk saloon’s wide oak floors and walkway balcony, meshed perfectly with Mike Baldassari’s lighting, which consisted of dozens of globes of light hanging by single strands. In the court the light was white, but when touched by Touchstone’s magic, Cherbourg-esque rainbow umbrella they absorbed the colors and became first the same multi-colored array, then green hues to represent the forest. And, matched with the dialog, we realize some of the bulbs resemble “the dropped acorn” that Celia compares to Orlando. It’s a nice touch. Augmenting the period mood are wide ties, baggy, pleated trousers and jaunty hats; plus overalls and dungarees for the country folk. The look, and era, are ideal to the temperament of Jacques, played so smoothly by veteran star of stage and screen Ellen Burstyn. Jacques, a cynical and melancholy philosopher, delivers one of Shakespeare’s best known speeches, The Seven Ages of Man, which begins, “All the world’s a stage . . .” As the role is usually played as a middle-aged character, the grim, final lines which describe man’s waning years as a “second childishness and mere oblivion,/ Sans teeth, sans eyes, sans taste, sans everything,” are usually played for laughs. But in Burstyn’s hands they change significance as she recites them with a pained, understanding gaze into oblivion as she leaves the stage. It’s haunting and powerful and a perfect example how the Bard’s words can be shaped, adapted and given new meaning. Burstyn’s delivery is revolutionary.

But Jacques’ grim analysis of life is but a momentary counterpoint to the sheer joy of both the play and the well-rounded production. Though a fair amount of text was cut for time (clocking in at just 100 minutes) and context (the political issues of Duke Frederick were considerably muted), it’s a satisfyingly full production that almost feels like a terrifically fun musical, despite the fact that no songs were added, just extended. One is reminded why As You Like It is such a beloved and oft-performed play. It’s accessible and enjoyable for all, especially when it’s done this well.

As You Like It. Through October 22 at Classic Stage Company (136 East 13th Street, between Third and Fourth Avenues). www.classicstage.org

Photos: Richard Termine (except where indicated) 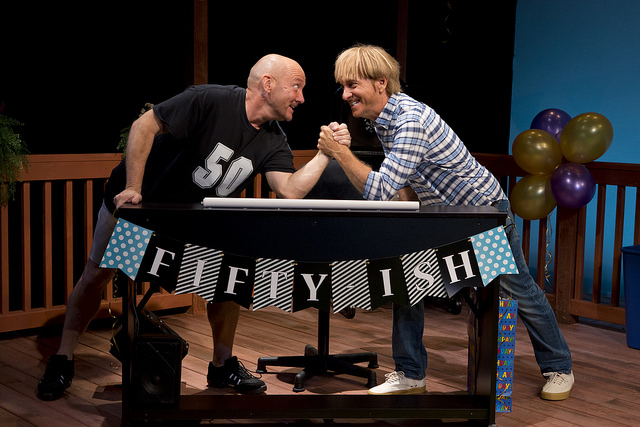