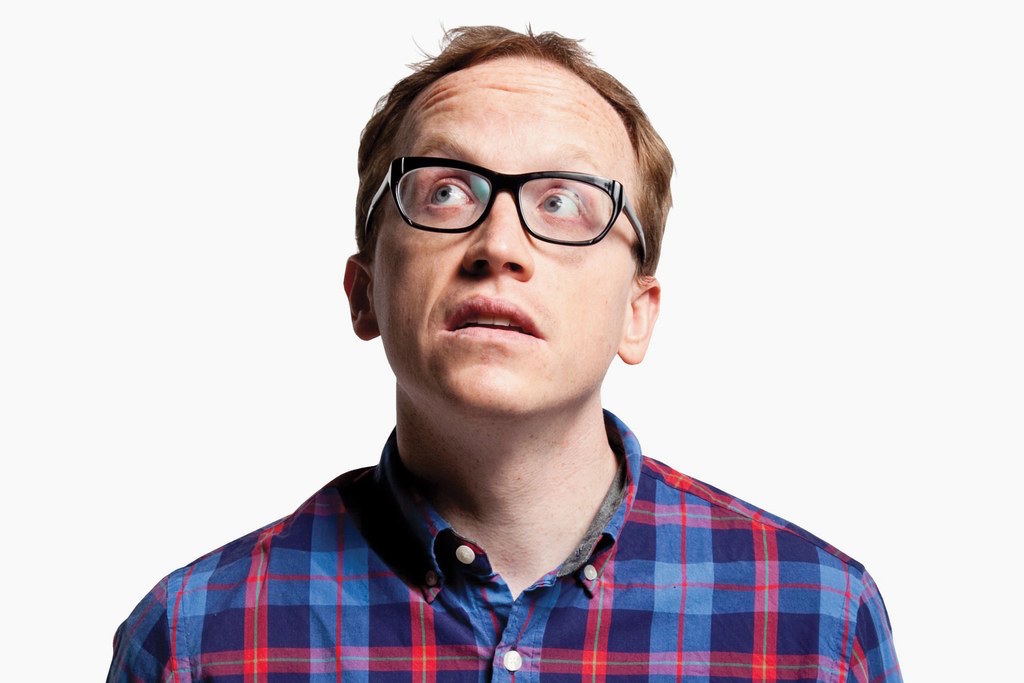 Chris Gethard’s solo play about depression, his long-term relationship with his odd-ball therapist Barbara, vivid experiences with a range of mind-altering substances, and the joy of making people laugh, directed with nuance by Kimberly Senior, is more than standup packaged as a play. This show packs comedy with pathos and tragedy with laughter in a masterful mixture.

The show has landed at the Lynn Redgrave Theater on Bleecker Street after a stop at the Edinburgh Fringe. It’s a slice of life packaged as a 90-minute play, following Gethard from late adolescence to married adulthood, through college bouts of what he later learns is depression, into stand up in New York City, intermittent work in various television writers rooms, and numerous attempts to make sense of his personal life through substances.

Gethard has a vibrant ear for telling description. A story of a car crash is punctuated not with pitying recollections or details about smoke and smells and spinning wheels but with the vocal qualities of the suburban New Jersey women on whose lawns he has landed, embarrassed but not badly hurt, in his upended car. He described with a smile that he heard from his seat in the damaged car a “chorus of Carmela Sopranos debating whether or not I’m dead.” Describing a hard-edged upbringing in a loving family at home and bullies at school, he remarked that his childhood “might well have been directed by David Lynch.” And he quipped about his current sense of style: “I know I look like I walked off the pages of a children’s clothing catalogue.” The details evoke sounds and sensibilities in spare and potent language. This narrator is someone you grow quite fond of as the show proceeds.

My audience was an intriguing mix of cap-wearing hipsters and senior citizens complaining about sight lines; a mixture of comedy club adrenaline without the drinks and conventional theater in a three-sided thrust space. The atmosphere was sufficiently relaxed that a male audience member made his own break at midpoint of the intermissionless show, stumbled in the dark off stage toward the restroom in the back of the house, and inspired some off-the-cuff exchanges with Gethard that had us all in stiches. Even crashes and thuds (but not flushes that we could hear) were worked seamlessly into the proceedings by this expert performer. Late comers led in about 15 minutes into the show were recognized from the stage but not embarrassed – he caught them up on the bullet points of his show to that point. He’s ready for anything, in the moment, in control of the room.

The spare and effective set design by Brendan Boston includes a loping, patterned black-and-white backdrop (evoking a city map or brain waves or genetic codes) that is spread across the playing space, topped by a rung on the stage floor, and flows up the backstage wall. A few floor lamps interspersed between chairs in the front row help create a coffee house feel and extend the circle of warmth from the stage when the lights go down (lighting design by Jen Schreiver and Trevor Dewey).

At the top of the show, when describing his own near-death moments and thoughts of suicide, he muses on the nature of the impulse to end one’s life, and how suicide is often described as an act of cowardice. “I don’t see what’s cowardly about it. It’s not cowardly. It’s just sad.” This show manages to be a sad, funny, full-throttle, honest, life-giving journey. From his parents’ house in West Orange, New Jersey to work at the Upright Citizens Brigade as a college student to alcoholic benders and blackouts and bad dates, we feel with him. And maybe, just maybe, you’ll see this master of his craft handle an errant audience member with the aplomb of our mid-show restroom seeker. Timing is everything, and Gethard is a master. 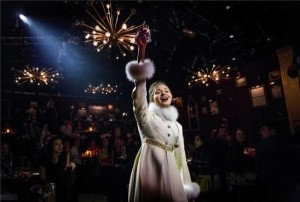