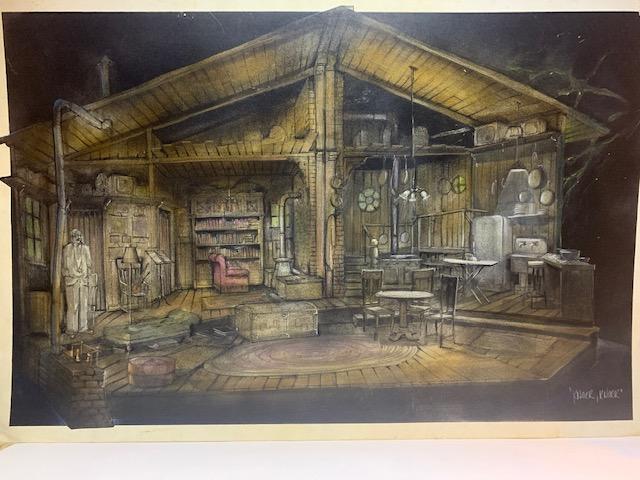 This is the sixth installment in my previously unpublished 1980 interview with designer John Lee Beatty, which is being serialized in Theater Pizzazz. Please see Part 1 for an introduction to the interview, which I’ve adapted as a narrative, and why it’s first being published 40 years after it occurred.

Marshall and I don’t talk a lot. We understand and trust each other. He’ll just say, “It’s kind of like Shaw but it’s written by Tennessee Williams.” And I’ll say, “Oh, okay,” and I’ll go home and do it. He’s very bright technically and understands groundplans to the inch and he’s never surprised by what he gets. Sometimes he’s surprised pleasantly but he’s never one of those people who says, “Oh, I didn’t think it would be like that.”

And he also makes very clear what he wants, in terms of sitting and standing and walking and all that. He sort of knows vaguely where pieces are but he’s not a “noodge.” He doesn’t give me a ground plan beforehand. He just says, “Well, I thought the door would be over here and maybe a window over there but you can decide for yourself.” He’s not laissez-faire, though. Some people are fooled by it. I’m a very laidback person and Marshall’s very laidback, too, about it all. We do our work and we don’t make a big noise.

I don’t think my relationship with Marshall is the only wonderful kind between a director and a designer. I thrive on having relationships with many different kinds of directors. I like different kinds of approaches. Sometimes, you get a very analytical director and you have twelve meetings, discussing the meaning of the play. I love that, too. Sometimes you have someone who comes in with a ground plan, and that doesn’t bother me especially, and sometimes you have people who don’t know a door from a window. A good director is a good director. They have something in common; they’re trying to do a good show.

I suppose Lynne Meadow is a very analytical lady and so everything is very carefully measured and is in careful good taste with her. I do work with Gerry Guitierrez, who’s more of an emotional director. I find him quite silly, thank God! We laugh so much and we mostly tell jokes during the design period and then finally get down to it. He’s not very good at envisioning scenery but that doesn’t seem to bother us terribly. It makes it a little hard sometimes when you have to turn in the drawings on time. He’s the sort of person who adapts himself to the scenery when he gets in the theatre. He makes adjustments for his particular personality.

I worked with [Harold] Pinter not long after that in the fall of 1976 and I loved working with him. He’s a very careful and very kind and very deliberate sort of director and I love that. He knew what he wanted; he didn’t ride me too hard. He would say ‘no’ once and he would say ‘yes’ once and that’s all I need. I don’t like to be noodged. I have trouble with noodges. The show we did was a revival of The Innocents on Broadway. It was a terrible failure but he was wonderful. 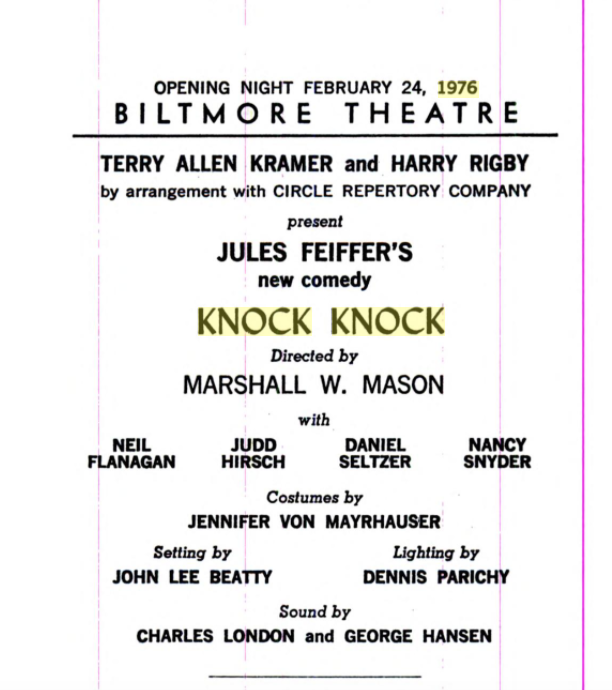 To continue this great saga of designer stardom, the second season at Circle Rep we did a play [by Jules Feiffer] at Circle called Knock, Knock. And that went to Broadway that spring of 1976 and that’s how I got to Broadway. Meanwhile, with the Obie and doing the Circle Rep plays, I was now called a “New York designer,” so all the regional theatres that would never answer my letters before, all of a sudden, were calling me up. I went to Arena Stage in Washington, I went to Seattle Rep, I went to Indiana Rep, I ended up going to Cincinnati Playhouse. All of a sudden, I was accepted. All of a sudden, the work came in.

I remember when it hit, when Knock, Knock became a hit. I was doing a show in San Francisco and, all of a sudden, job offers came from everywhere. It freaked me. I wasn’t quite ready for it. Knock, Knock had gotten tremendously good reviews for the set as well as the show. Even better sometimes for the scenery than for the show. 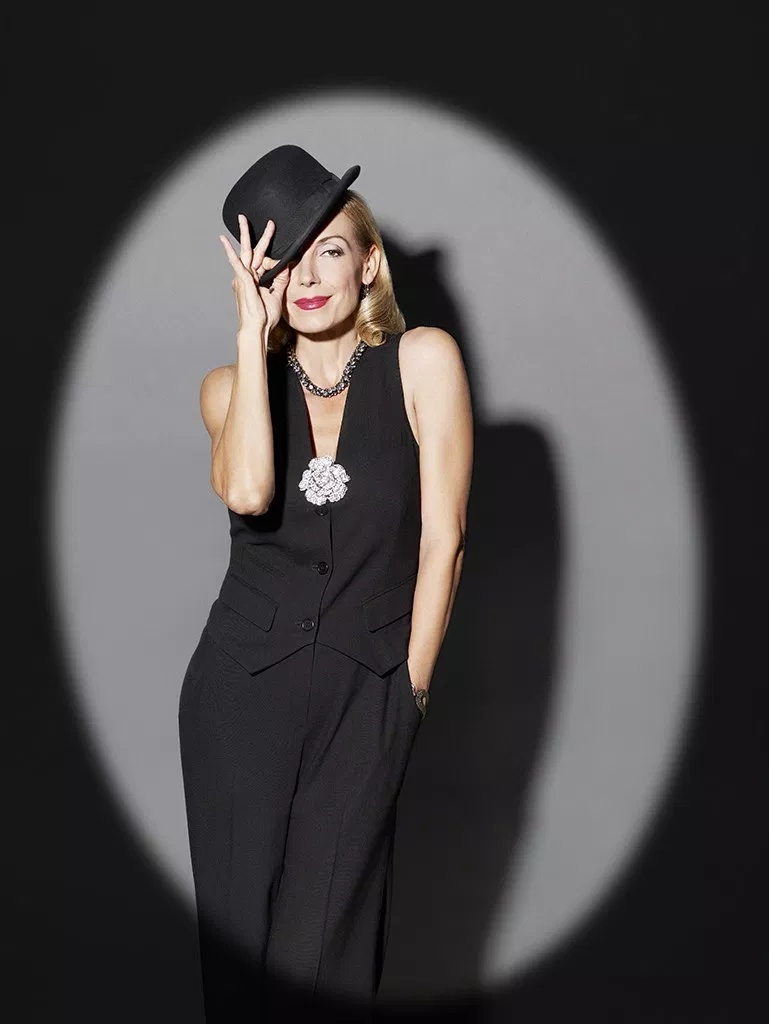 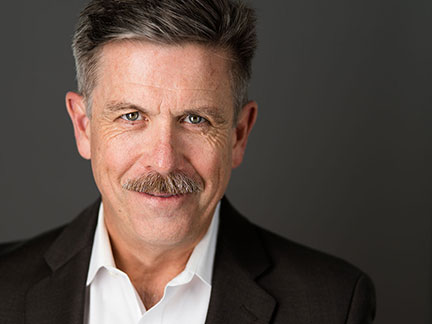 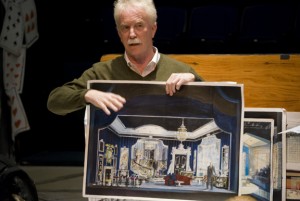 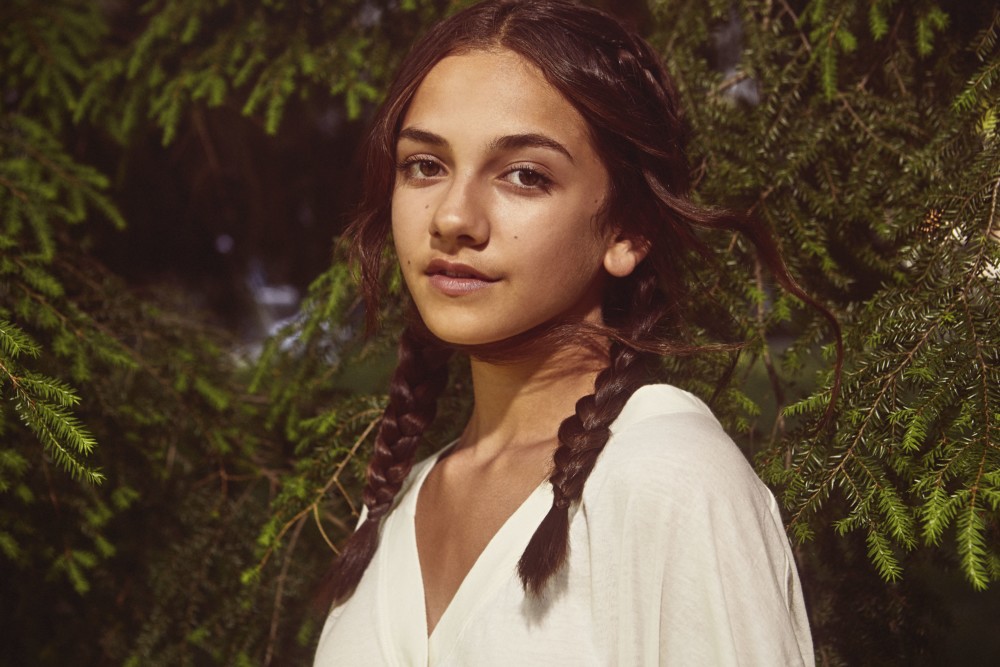