Like a number of City Center Encores! productions, Evan Cabnet’s staging of Richard Rodgers, Stephen Sondheim and Arthur Laurents’ 1965 “flop” musical Do I Hear A Waltz? simultaneously makes the best case possible for reviving the work commercially, without fully convincing us of its necessity.

The ingredients are there for the show’s success—a strong book (based on Laurents’ play The Time of the Cuckoo) and a sweet-and-salty score rendered here by a top-notch cast—but this bittersweet, slightly cautionary tale about the perils of trusting your head over your heart (and the difference between American and European mores) would never go down easily, even with a contemporary audience. And I hate to differ with Mr. Sondheim, who famously termed it a “why” musical. That’s not really the big problem: it’s simply not a must-see musical for the majority of theatergoers. Still, one should grab a ticket to these few performances even if you’re only mildly interested in the material.

Frankly, any ticket is worth the price just to see and hear Melissa Errico, gorgeously costumed in a variety of 1950s-styled dresses by Paloma Young, as the slightly uptight, morality-obsessed American tourist Leona Samish, who goes on vacation in Venice and ends up (against her will) falling for married shopkeeper Renato Di Rossi (Richard Troxell). In a role that can come off as ice-cold, Errico brings just the right touch of warmth without sacrificing any of Leona’s self-loathing and brittleness. Her singing, as always, is note-perfect, and her rendition of the beautiful title tune (one of the few times the Rodgers-Sondheim pairing sounds organic) earns deserved bravas. (As usual, the orchestra, under Rob Berman’s assured direction, sounds wonderful).

Errico’s perfectly matched by the just-handsome-enough Troxell, an operatic tenor who not only acts terrifically but who melts your heart while singing such beautiful ballads as “Take the Moment” and “Stay.” It’s amazing anyone can resist.

Indeed, the entire cast hits every mark it can. Karen Ziemba hands in one of her finest performances ever as worldly-wise pensione owner Floria, while Sarah Stiles practically walks off with the show with her splendid comic timing as Floria’s none-too-bright daughter Giovanna. The almost equally beautiful Claybourne Elder and Sarah Hunt are quite touching as the not-so-happily married Eddie and Jennifer Yeager, and the pair’s razor-sharp version of the sardonic “We’re Gonna Be All Right” (the musical’s most obviously Sondheimian tune) is a real highlight. Nancy Opel, deliciously hammy as usual, adds life to the stock role of Mrs. McIlhenny, working off the always fine veteran Richard Poe as her stingy husband. And Zachary Infante as tour guide Mauro, Michael Rosen as Renato’s sweet-natured son, Vito, and a fine corps of dancers executing Chase Brock’s balletic choreography all make fine contributions.

Even if Sondheim and Rodgers weren’t a perfectly lovely couple, or a particularly well-matched one—in fact, they fought frequently while writing the show—they did produce a few very fine songs. In addition to the aforementioned numbers, I relished the clever “This Week Americans” and “What Do We Do? We Fly!”, the lovely “Moon in My Window,” and the very funny “No Understand.”

I may not need to see Do I Hear a Waltz? again, but I sure wouldn’t mind being able to hear this production on CD. Thank you so much.

Do I Hear a Waltz? continues at New York City Center (131 West 55th Street, between Sixth and Seventh Avenues) through May 15. Call 212-581-1212 or visit www.nycitycenter.org for tickets. 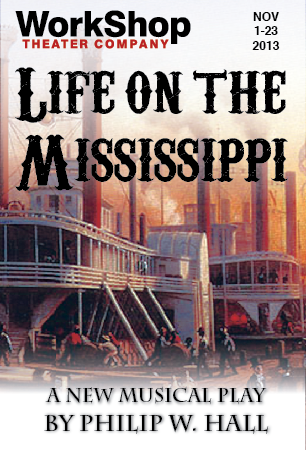