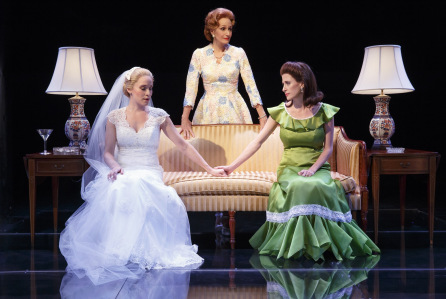 Michael John LaChiusa is a melting pot of complexity, unbridled in his creative process.   His musical genius has given us Queen of the Mist, Giant, Chronicle of A Death Foretold and The Wild Party. But his current offering, First Daughter Suite at the Public Theater, might leave many audiences perplexed in this four vignette operetta that sheds surreal insight into the dysfunction that infects the women who reside at 1600 Pennsylvania Avenue. The current offering follows his 1993 First Lady Suite. This is a fantasy of the mind without boundaries as we meet the daughters and mothers of four Presidents and, if not for the extraordinary talents of the assembled cast, might fall off its perch.

Beginning with Happy Pat – Pat Nixon, martini in hand, played by the wonderful Barbara Walsh dealing with battling daughters Tricia (Betsy Morgan) unraveling from the stress of rain on her wedding day at the White House, and unsympathetic sister Julie (Caissie Levy) that includes a visit from President Nixon’s mother (a ghost – Theresa McCarthy), bringing Martha Mitchell and Bebe Rebozo into the conversation. 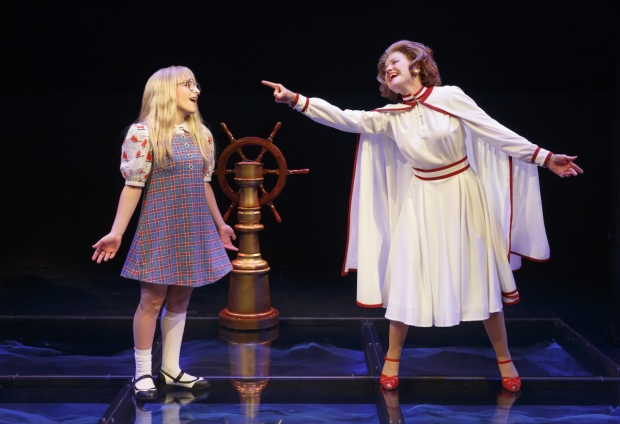 From there we move to Amy Carter’s Fabulous Dream Adventure on the Presidential yacht as a blustery teenage Amy (Carly Tamer) and her mother Rosalynn (a standout Rachel Bay Jones), busy reading, tries to contain her pain-in-the-butt daughter. With them is the drunken twirling dancing queen Betty Ford (the fantastic Alison Fraser) and her bored daughter Susan (Morgan). This is really flight of the mind surreal as Susan suggests they sail to Iran to free the hostages (while Amy attempts to control her own dream) and all but Amy are shot by a terrorist who turns out to be Susan trying to steal Amy’s dream. 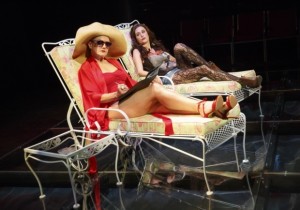 It becomes far more compelling in Act II, in Patti by the Pool – where Fraser is given more latitude to dig in and amaze with her skills as Reagan’s wife, lounging by Betsy Bloomingdale’s pool, fashionably clad in red bathing suit, her sense of entitlement unconcealed. With her is her unruly daughter Patti (Levy) dressed in cutoffs, patterned mesh stockings, glorifying her newly written expose novel about her parents, the venom and hatred flowing uncontrollably as she tries to get a rise out of her mother, singing about a big, nasty black man. They are attended by the sharp maid Anita (Isabel Santiago). 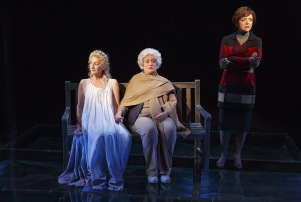 Next, we are confronted with In The Deep Bosom of the Ocean Buried, as Barbara Bush (the exceptional Mary Testa), sitting on a bench overlooking the Maine coastline, commemorates her yearly visit with her dead daughter Robin who died at the age of three (McCarthy – a ghost). She laments her mediocre son and deals with his loyal wife Laura (Jones), her daughter-in-law.

Although mixed with wit, emotion, and moments of brilliance, it’s difficult to understand the underlying musical intention and, better still, the need for this creation that would make it essential for even those who crave some history in this genre would want to sit through 2 ½ hours (with intermission) of this politically partisan storytelling, other than the remarkable cast of females that make up First Daughter Suite.

Kirsten Sanderson directs in a well-designed translucent floor set by Scott Pask with costumes by Toni-Leslie James and wig and hair by Robert-Charles Vallance. 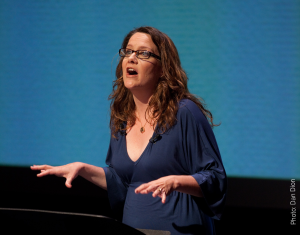