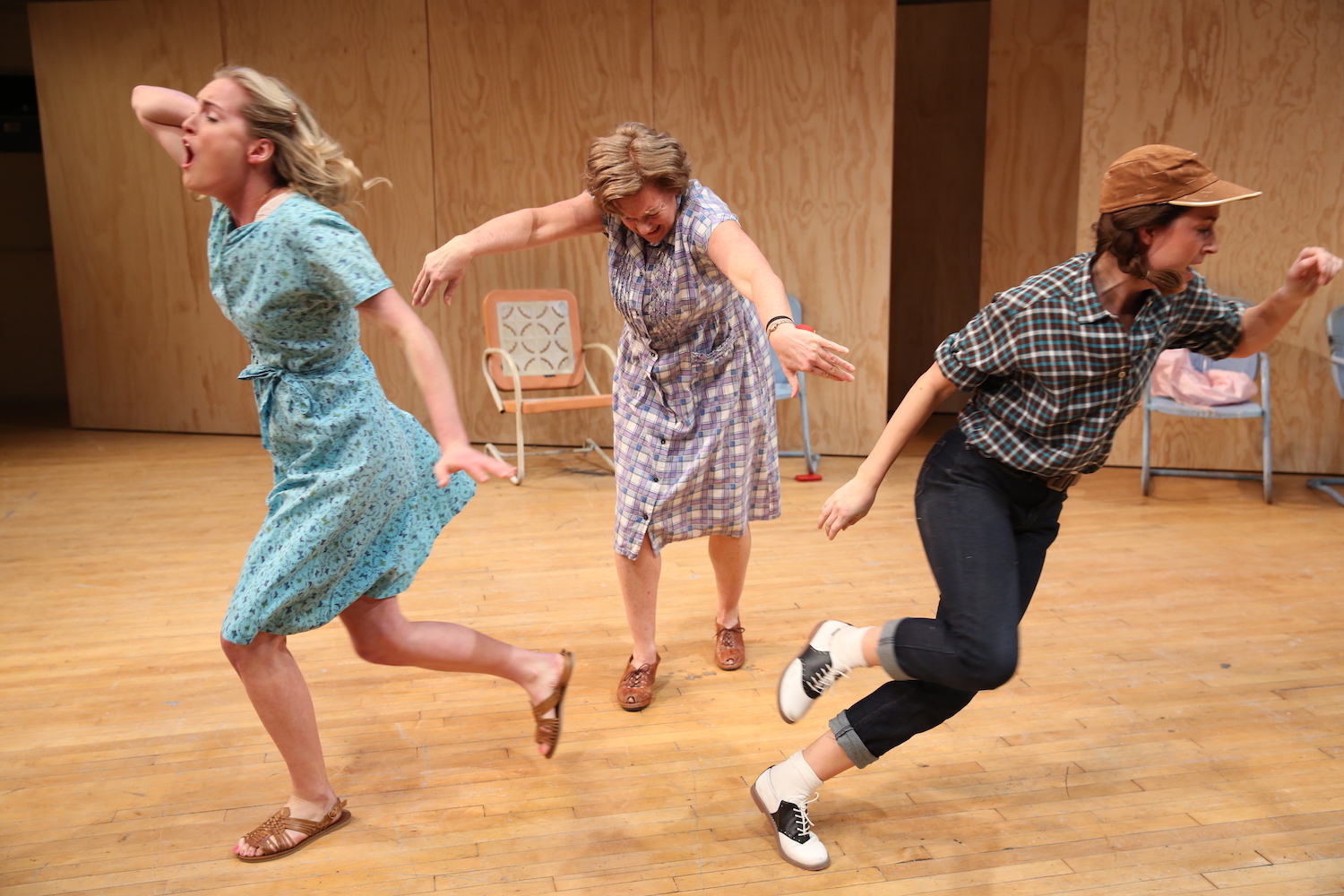 There might be better ways to time-travel back to the 1950s than watching a double header of William Inge plays, Picnic and Come Back, Little Sheba—now playing through April 16 in repertory at Judson Gym courtesy of The Transport Group—but most of those options are probably a lot less honest and not as likely to expose the repression and hypocrisy that scarred that seemingly pristine era. Simmering just under the surface of both plays—which are set in a time that appears, outwardly, like the shiny utopian moment when American was “great”—is the anguish and frustration of a people who are incapable of, or prevented from, behaving the way they actually feel. It’s a time when you can just know that something bad is about to happen.

Though written in reverse order (Come Back, Little Sheba (1950) was, in fact, Inge’s first official play), Picnic (1953) can be seen as a thematic prequel to Sheba: the youthful folly of the former’s characters leading to the inevitable middle age bitterness, regret and alcoholism we see in the latter. Picnic starts out as a slice of life on a Labor Day weekend in a Kansas boarding house, run by the sweet, maternal Flo (Michele Pawk) who lives there with her daughters (Millie and Madge) and Rosemary (the magnetic Emily Skinner), a schoolteacher. Neighbor Mrs. Potts (Heather Mac Rae) hires a young, hunky drifter to do odd jobs in exchange for meals. All the women of the neighborhood gawk at and swoon over the shirtless, cocky Hal (the excessively muscular David T. Patterson, who looks like he’d be more at home in a Mr. Universe pageant more than on an off-Broadway stage), despite their disdain for his social status (“tramp”).

When it turns out he’s a college friend of Alan (Rowan Vickers), beau of Flo’s daughter Madge (Ginna Le Vine), considered the prettiest girl in town, things turn ominous. Despite an attempt to pair Hal with Millie (Hannah Elless), Madge’s smarter, tomboyish younger sister, the coup de foudre between Madge and Hal is inevitable and unmistakable. Hearts are broken and resentments erupt, with Madge leaving town to catch up to Hal, now on the run from the police. Come Back, Little Sheba is a lot less complex. A pretty, flirtatious college girl, Marie (Hannah Elless), is the boarder in Doc and Lola’s home. An alcoholic battling his way through recovery, Doc (Joseph Kolinski) tolerates his insecure wife Lola (Heather Mac Rae)—a woman who “used to be pretty” for whom he dropped out of college to marry when she became pregnant (with a child she subsequently lost, and they remain childless)—only so long as he can quietly lust after Marie. But when Marie demonstrates some sexual agency—carrying on an intimate relationship with muscular, preening and arrogant college jock Turk (David T. Patterson once again in the role of muscle stud), despite being engaged to a boy back home—Doc explodes out of his self-repressive cocoon, going on an overnight bender. When he comes home blind drunk he rips into Lola, revealing his resentment over having abandoned his dreams for a woman (Lola) who has since let herself go. Lola’s prior solace, her dog Sheba whom she dreams about and calls out the door for daily, has disappeared (prior to the beginning of the story), and she’s despondent. She has a couple of men from Alcoholics Anonymous take Doc to the City Hospital, a place he’s terrified of, to dry out. Days later when he returns, and Marie has run off to get married, they both try to come to grips with the losses of their past and realize they only have each other.

Other than Emily Skinner’s Rosemary in Picnic, performances, particularly in Sheba feel exaggerated and artificial, seeming as if the actors (well represented from Broadway’s boards) are ready to burst into song, approaching the problems superficially. But these plays are as far from musicals as they can get. They’re serious and earthbound. And that’s where they go wrong. Despite strong comic performances in Sheba (that don’t succeed as well as they could because  they lack the necessary dramatic counterpoint) from John Cariani who plays the postman, milkman and messenger with whom Lola tries to flirt, the cast fails to adequately plumb the plays’ deadly serious depths. When complex characters are not given their adequate due, they become one dimensional. Sheba ends up feeling like an afterschool special about the dangers of “going all the way,” when, in fact, Marie’s promiscuity isn’t the point. Meanwhile, in Picnic the missing explosive tension reveals itself when Alan’s decision to call the police on Hal almost seems like an overreaction. Dane Laffrey’s Picnic set with its plain, unpainted, high plywood wall with a single entrance and chairs in front representing the omnipresent midwestern porch is a study in ubiquity: this story happens over and over in towns and houses virtually impossible to differentiate. The same goes for the average, comfortable looking household set (on both sides of which the audience is seated) for Sheba. It’s a nightmare in a dream home.

Despite a cast of talented actors, Director Jack Cummings III missed an opportunity to create a heart-wrenching double-header. When Madge runs out of town, suitcase in hand, we should be visualizing her future ruin, as the wife of a boorish bad boy. We should see she and Hal could very well turn out like Lola and Doc. And, as a result, we should walk out of the theater feeling awful about that. But, unfortunately, we just don’t.

Picnic and Come Back, Little Sheba. In repertory through April 16 at the Gym at Judson (243 Thompson Street, at Washington Square South, Greenwich Village) presented by the Transport Group. www.transportgroup.org 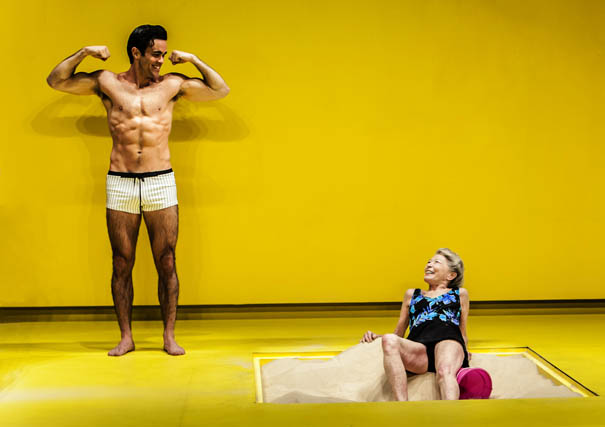 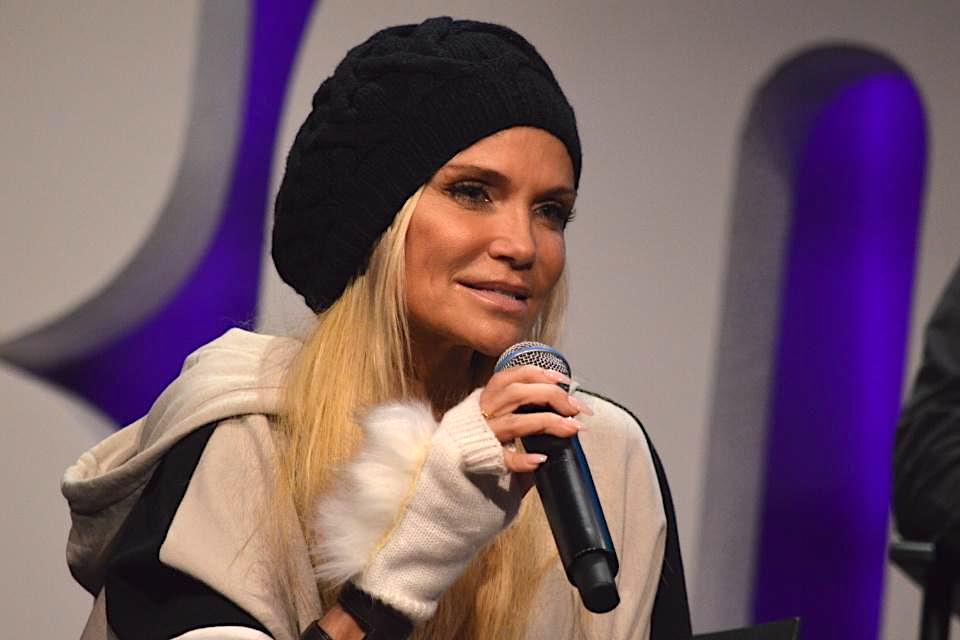