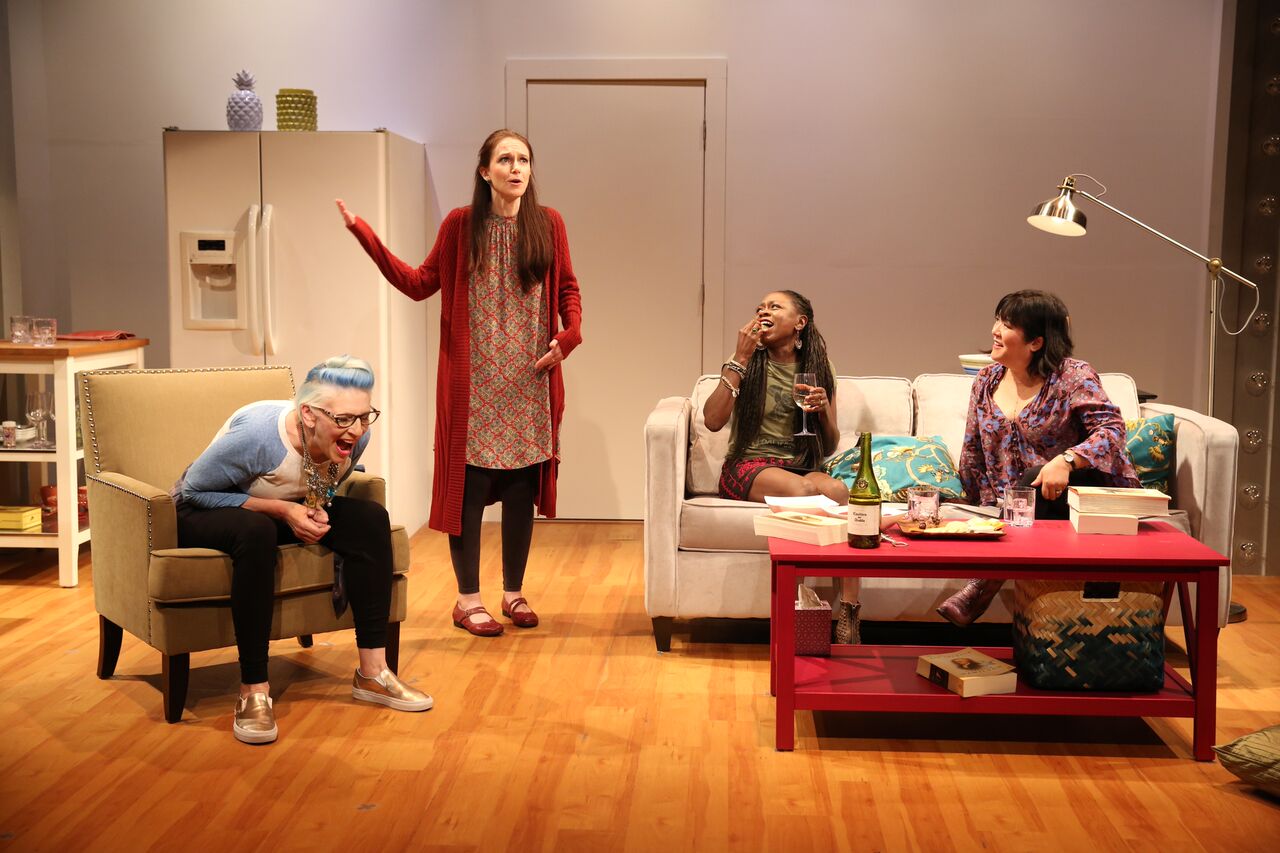 It shouldn’t be surprising that Lampanelli’s focus here is not just the joy (and perils) of eating, but women’s weight issues, since she dropped over 100 pounds (through gastric surgery) four years ago. Still, the main character in the play (called Lisa, and incorporating some of Lampanelli’s real-life background, including that weight loss), obviously still sees herself as “fat” (or not thin, at least). The pounds may have disappeared, but the mind-set hasn’t.

The three other women who join Lisa at a house party-cum-group therapy session have their own battles with their bodies : Brittney (Jessica Luck) is an anorexic actress from Texas, who eloquently explains her fear of food and need for control; Katey (the luminous Zainab Jah) claims to eat constantly yet is unable to gain weight, and resents the concept that most women follow the word “skinny” with “bitch; while Stacey (the ever-lovable Ann Harada, delivering Lampanelli’s lines with her now-trademark wry delivery) is overweight yet completely comfortable in her own skin, and upset that not everyone shares her positive outlook. Each woman gets their own monologue, beautifully acted, that fleshes out her back story and adds some needed depth to their characters. As for Lampanelli, she gets to do her “monologues” microphone in hand, as befitting a stand-up comic, but also shows off considerable acting chops. When she recalls how she had to break up with her lover, “Big Frank,” who wouldn’t change his eating habits even after having her toe amputated, Lampanelli really sticks a fork in your heart.

Director Jackson Gay keeps the show moving nicely on Antje Ellermann’s simple, living-room set, and throws in a couple of truly deft staging touches, but there isn’t much to look at here. Her main job appears to be to ensure that the work stays on message.

Still, it’s when Lampanelli throws out barbs in her now-famous “insult comic” style (complete with some unprintable words) that you’ll probably laugh the loudest. Indeed, as much as I admire Lampanelli’s stretch marks (as a writer and performer), there were times I wished that she was simply doing a one-person show. 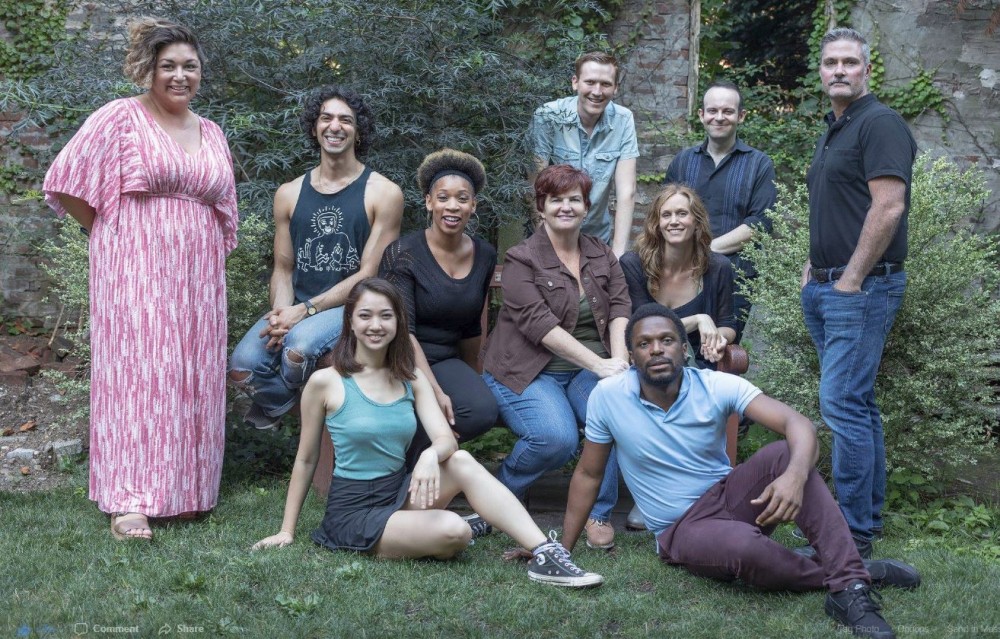