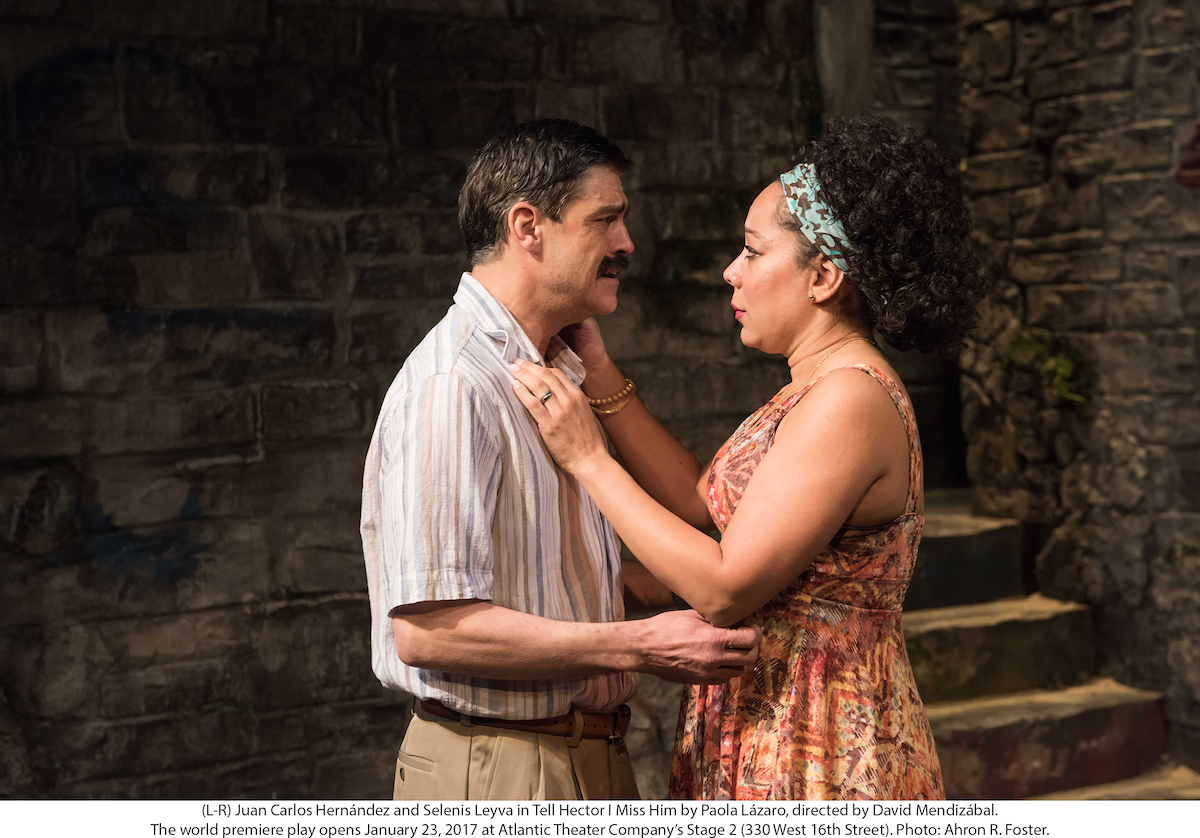 Ever notice what happens to some Showtime and HBO series a few seasons in, when they start to run out of gas? Original plot lines have played out and new story ideas are injected. Those characters you liked so much are still there, and there’s still some connection with them, but it’s strained: they’re not quite the same. Their reality is less real, their dialogue more conspicuously spiked with profanity, their situations more outrageous but less engaging. It’s harder to take them seriously, or even comically.

Paola Lázaro’s Tell Hector I Miss Him, at the Atlantic Theater Company’s Atlantic Stage 2, doesn’t have any seasons under its belt, but it’s like one of those shows anyway. Set in San Juan, Puerto Rico, it’s teeming with colorful lower-class types and has a frenetic sort of energy, but its limited appeal is almost all on the surface. While its characters have moments of genuine emotion and unforced laughter, more often they’re grandstanding or posing for effect. They’re weighted down with the effort that comes, paradoxically, with taking the easy route: just make it bigger and it will be better. Not quite. Take Samira (Selenis Leyva). Although we don’t see her, hers is the first voice we hear as Hector begins. Making love offstage, she groans and moans and pants and rants, “F*ck me like I’m a trash bag,” followed by any number of similar and dissimilar similes.

Real? Of course not; not trying to be. Funny? Maybe a little, but not especially fresh or original; just over the top. It’s an easy out, straining for laughs by default. It doesn’t take much wit or imagination to find humor in that old standby, sex, unless you go somewhere interesting or challenging with it, which Lázaro doesn’t.

It’s a different Samira we see later, when her husband, Mostro (Juan Carlos Hernández) finds out she’s been cheating and throws her out. As she tries to talk her way back in, her love for him comes across as utterly authentic, touching without being mawkish. It’s one of the few such moments in Hector. Another (actually more than one) involves Toño (Alexander Flores), a young man at the pinnacle of puberty, who’s suspended from school for sexually assaulting his teacher. But that’s the least of his problems. His alcoholic mother (Lisa Ramirez) hangs around his neck like an albatross, sucking his lifeblood and preventing him from moving forward. Whenever mother and son confront each other, the accumulated carnage rings true. The other puertoriqueños we meet include Jeison (Victor Almanzar), a drug dealer who employs his younger brother, Palito (Sean Carvajal) to help with the business. Born with fetal alcohol syndrome, Palito is in love with Tati (Analisa Velez), who shamelessly takes advantage of him, for both drugs and cash. Meanwhile Isis (Yadira Guevara-Prip), a budding lesbian, falls madly in love with Tati’s friend Malena (Dascha Polanco).

Then there’s La Gata (Talene Monahon). She speaks no Spanish, so she meows instead. And lastly Hugo (Flaco Navaja) and El Mago (Luis Vega). Not quite sure what their story is – not sure the playwright knows either – something about double-barrel bodily malfunctions and using cocaine to hold a no frills séance.

Costume designer Dede M. Ayite dresses the cast with tackiness befitting their characters’ socioeconomic standing. Particularly noteworthy are Tati’s white shorts, which couldn’t possibly fit any tighter or ride any higher up her derriere. Clint Ramos’s set, a stone wall and a bench, is simple, as it must be since it functions as a variety of venues. The wall evokes El Morro, the ancient fort that dominates Old San Juan. 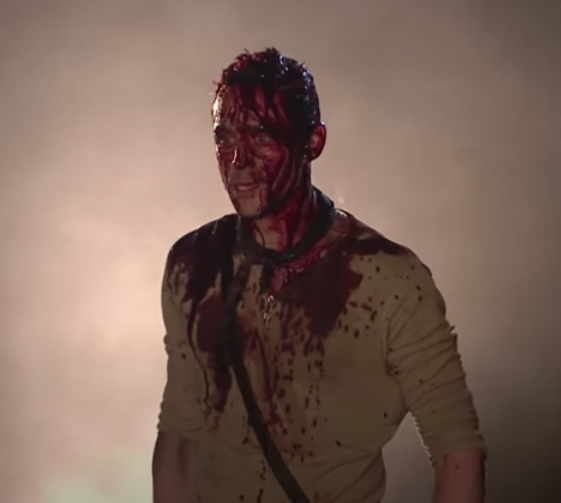 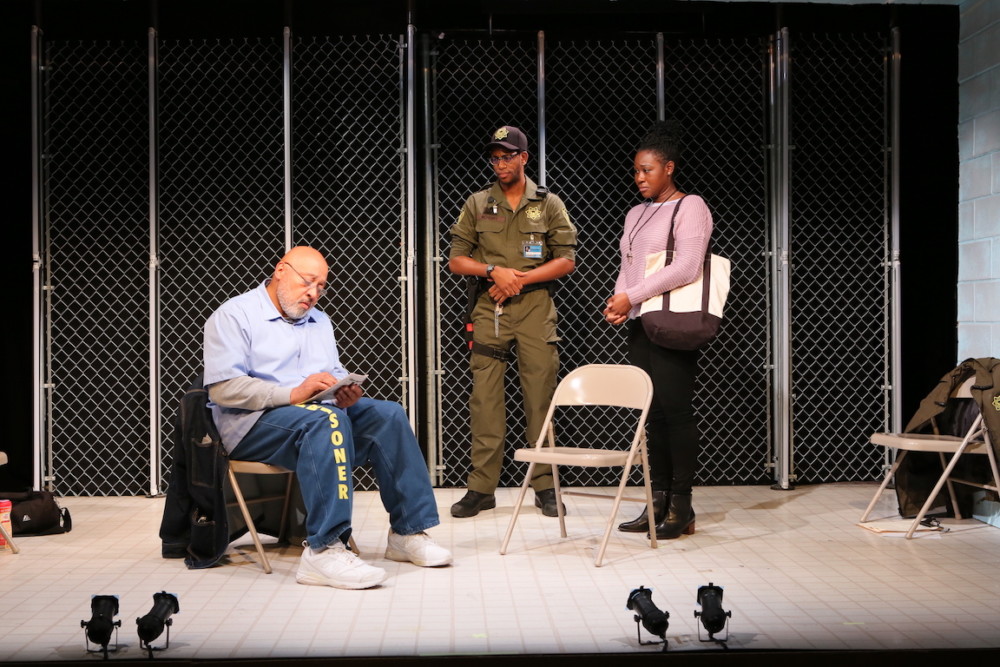 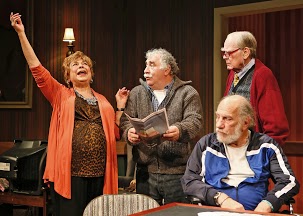