Let’s be real: heading to City Center this weekend may be your only chance to ever take a bite out of The Golden Apple, John Latouche and Jerome Moross’ extremely ambitious and wildly uneven musical retelling of The Iliad (transplanted to turn-of-the-20th-century Washington). It is the kind of large-scale, decidedly hard-to-stage show that only Encores! can attempt to do justice to, thanks in large part to its ability to hire a cast of dozens and employ its large, superb orchestra (led by the great Rob Berman).

Moreover, The Golden Apple is the kind of show Encores! takes seriously, as evidenced here by the thoughtful direction of Michael Berresse and the often enchanting choreography of Joshua Bergasse (which alternately echoes the work of Michael Kidd, Agnes DeMille, Bob Fosse, and Martha Graham). Their dedicated work goes a long way in both showing off the musical’s strengths (namely, a tuneful score that includes such gems as “Lazy Afternoon” and “It’s the Going Home Together”) and trying to cover up its weaknesses (which include an overly long vaudeville-like sequence concerning the seven deadly sins that dominates the second act.) Mikaela Bennett, a fourth-year Juilliard student with a sterling soprano and vocal timbre remarkably reminiscent of Juilliard alum Audra McDonald, is a revelation as Ulysses’ long-suffering wife Penelope. Her rendition of the gorgeous “Wildflowers” is quite beautiful, and she generates a believable chemistry with Silverman. See her now and say later you saw her then.

Almost as exciting is watching Barton Cowperthwaite, a lithe, ultra-athletic ballet dancer, who consistently commands the stage in the silent role of Paris, the traveling salesman who briefly steals Helen away from her home and husband Meneleaus (the always welcome Jeff Blumenkrantz). At times, this model-handsome man seems to be made of nothing more than rubber.

Among the large, well-chosen supporting cast, the fabulous N’Kenge is a standout in the dual roles of the gypsy-like Mother Hare and the seductive Circe. Jason Kravits, neatly employing the old soft shoe, has great fun as Hector Charybdis, who engineers revenge on Ulysses and his men after Helen returns home. Meanwhile, Broadway veterans Ashley Brown, Carrie Compere, and Alli Mauzey each get two characters to play and two chances to shine (with Brown taking top honors for her second-act turn as Madame Calypso, one of the many women who leads Ulysses’ fellow warriors to an untimely end.)

Admittedly, there will be some audiences who will find this unwieldy show less-than-delicious, and some may even leave the theater with a sour taste in their mouths. But, at the very least, The Golden Apple is no longer on the shopping wish list by those theatergoers who have been asking Encores! to tackle the show for many years. 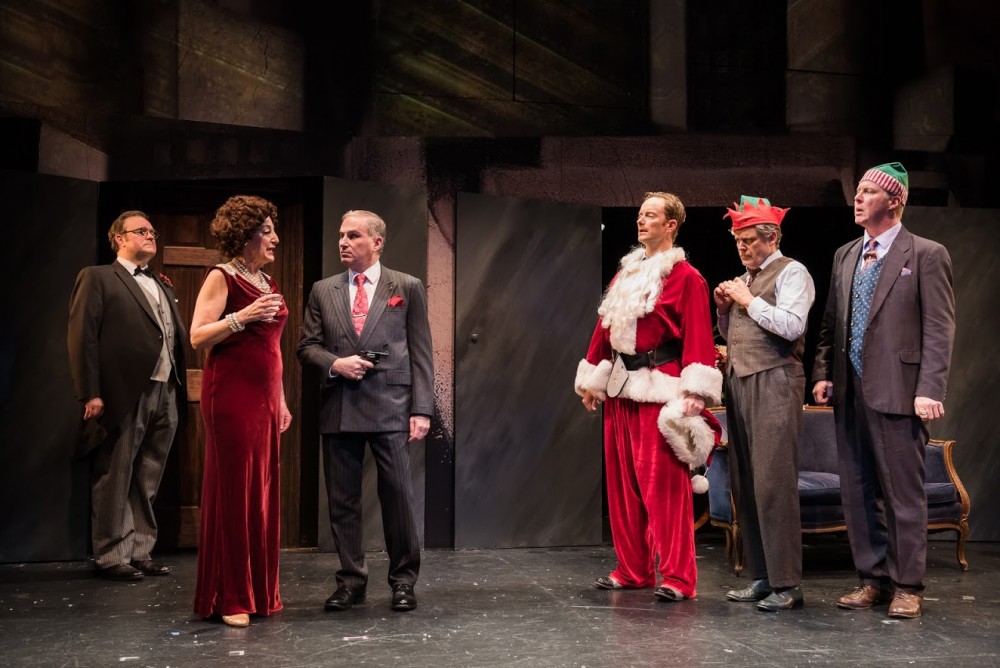 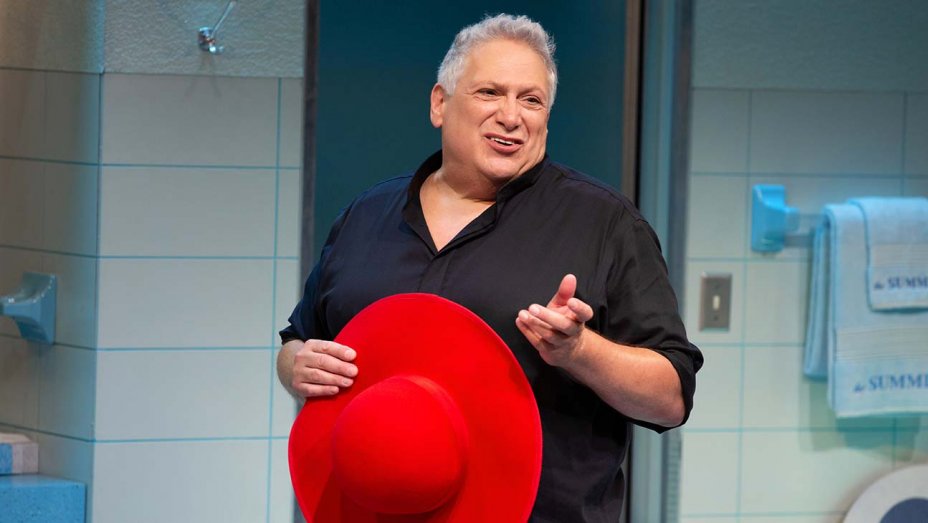 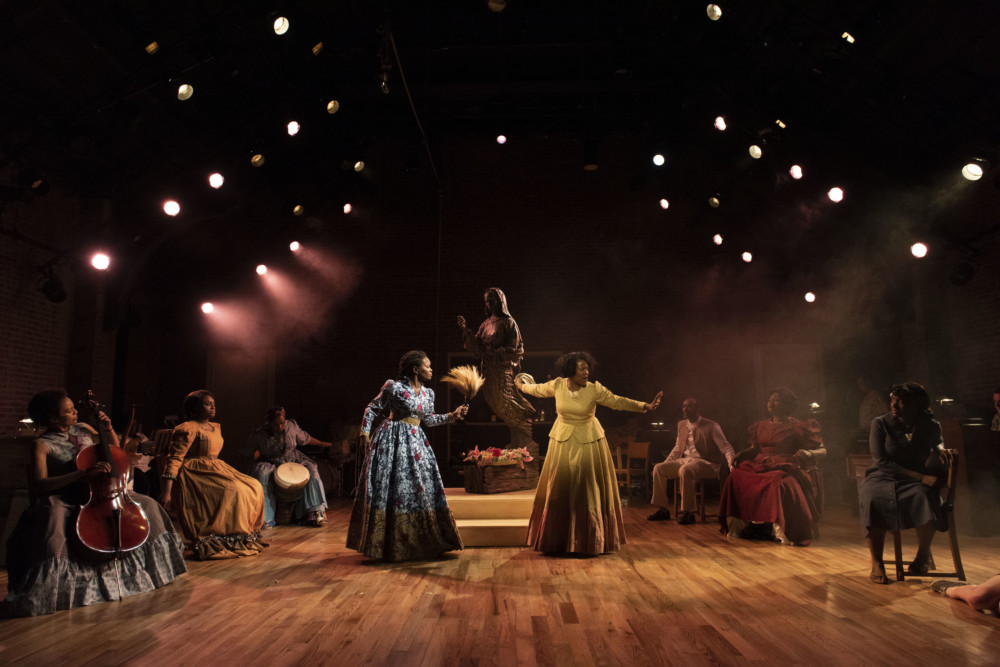 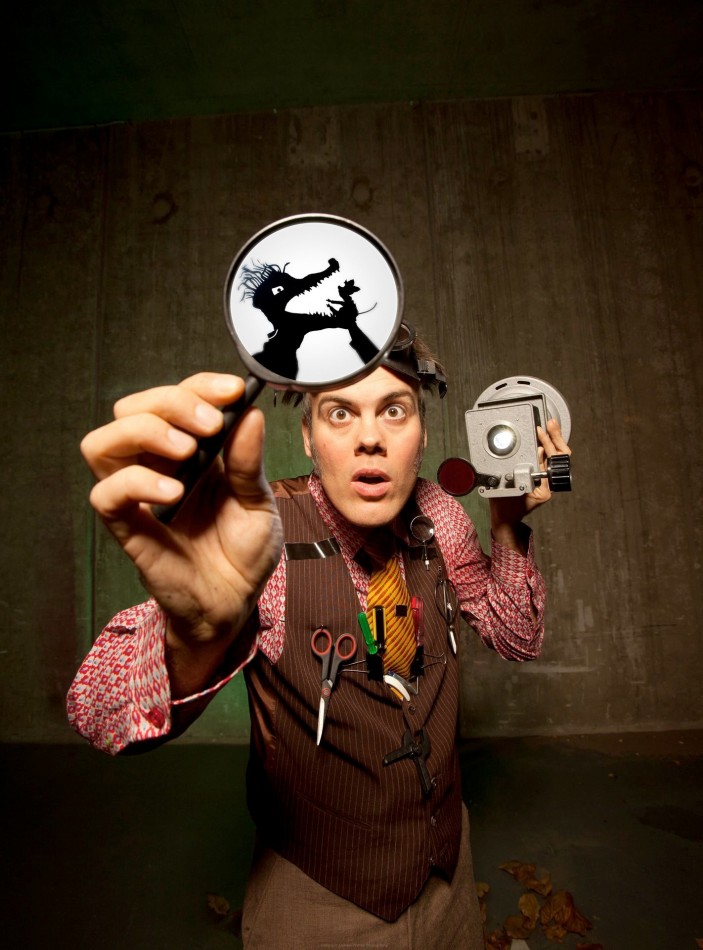