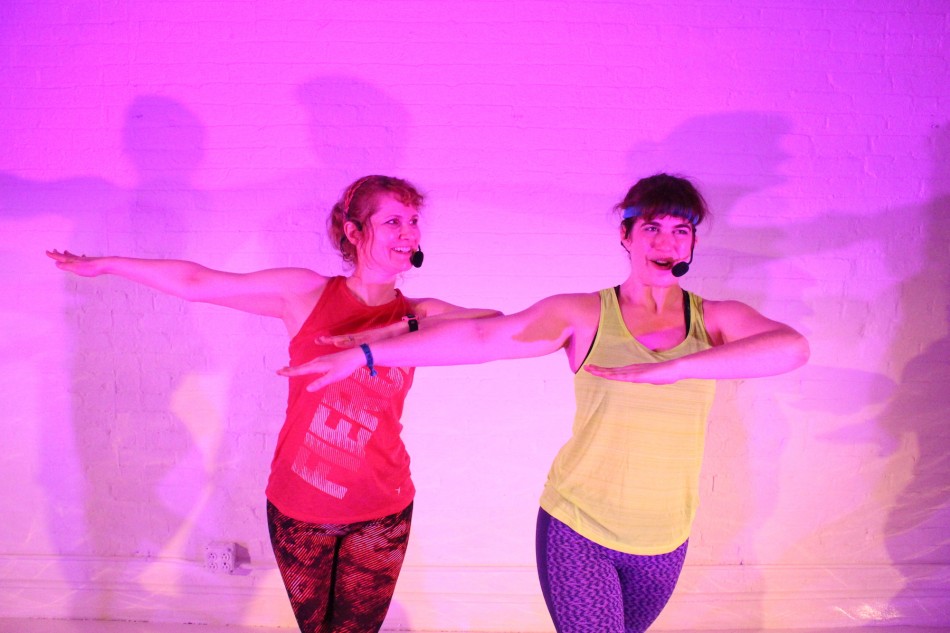 There’s a new theater group in town – and its first play is an unusual one: it’s a real-life aerobics class, taking place in real time, sweat and all.

The group is a theater collective called DODO, founded less than a year ago by a small group of artists who want to do projects that interest them. One of these artists is Megan Hill, who wrote and stars in this basically two-person, practically constant-aerobics-in-motion play. Co-starring is Amy Staats; two other actors (without lines) fill out the class. The director is Margot Bordelon, with the physical movement choreographed by Sarita Lou.

Note the play’s synopsis, “What happens when you’ve invested your life in a dying franchise? Jazzercise is out; Zumba is in. But instructor Kelsea Wiggan (Hill) is not going down without a fight. Armed with pep, a petition, and her conflict-averse co-instructor (Staats), Wiggan is determined to keep Jazzercise alive in her community center.” It’s Hill’s magnetism and her ability to express her character’s complex feelings that successfully drive the play.

Adding to the intimacy of the production, the play is performed in TheaterLab’s inviting, square, plain-white space, with the audience in folding chairs along one edge of the room. It’s a tribute to the writing of the play as well as to the honest performances of its co-stars that “The Last Class” holds the audience’s attention throughout, right up to its denouement.

The play’s two leads, though young people, are comparative veterans of the theater. Megan Hill has been acting and writing with prestigious theater group across the country, while Amy Statts is an actor, writer, film-maker and founding member of Dodo.

TheaterLab is located on West 36th Street. For tickets to “The Last Class” and further information, go to theaterlabnyc.com. The play runs through March 5. 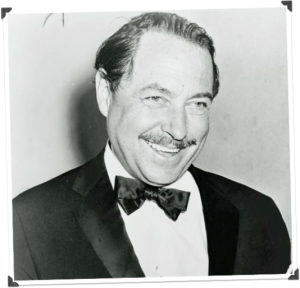