100 Years of Yiddish Theater at 54 Below 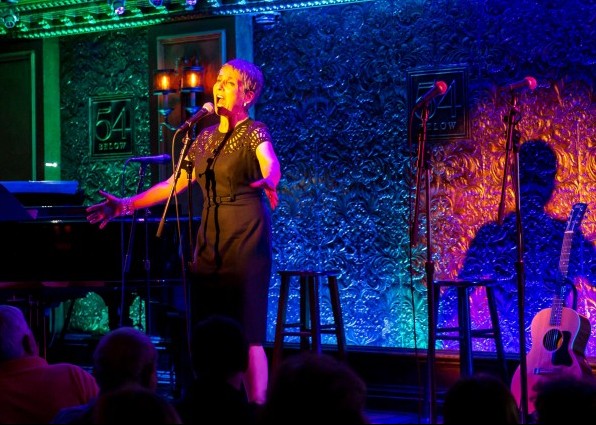 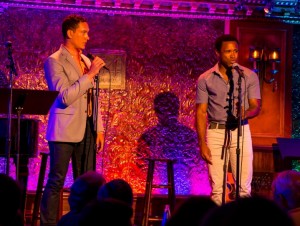 Nu? How was it? What can I say? It was a mishmash. Like many other audience members, I was confused. How can you celebrate a century of Yiddish theater without Zalman Mlotek, the éminence grise of the 100 Year Old Folksbiene National Yiddish Theater, joyously tickling the ivories on stage? Or no mention of still alive and kicking Yiddish stars like Fyvish Finkel, Mike Burstyn, Eleanor Reissa and Allan Lewis Rickman?

But on second thought, Another Hundred Years at 54 Below was meant to be an evening of music and story, performed by a not necessarily Jewish Broadway cast, celebrating the past, present and hopefully the future Jewish influence on music and lyrics of The Great White Way for another 100 years. It certainly did that in an extremely entertaining way by highlighting Jewish composers and lyricists from Irving Berlin to Rodgers and Hart, Bernstein, Comden and Green, Sheldon Harnick and Jerry Bock, Jerry Herman, Charles Crouse, Stephen Sondheim, Jason Robert Brown and William Finn. 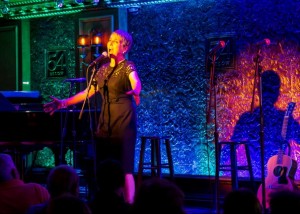 The hour and a half show opened with a historical film produced by Christopher Massimine, followed by Maddy Trumble’s heartfelt version of Godfather Irving Berlin’s How Deep is the Ocean? which not only defined the Jewish philosophical approach of answering questions with what-else-but questions but established moody minor chords as the infrastructure which guarantees Broadway superhits. Next came the Gershwins who added peppy klezmer touches and a witty insouciance to the blues of Porgy and Bess’s “Catfish Row” per Lawrence Craig’s show-stopping “I Got Plenty of Nothin’.”

The appropriately significant musical tribute to the recently deceased Theo Bikel, who performed the role of Tevye in Bock and Harnick’s Fiddler on the Roof more than 2000 times, was narrated by Rebecca Hoodwin who toured with him. Jonathan Hadley, who’d also toured with Theo, sang “Tradition” and “If I were a Rich Man” with verve and feeling; but for a real treat watch Theo as Tevye and Fyvish Finkel as Lazar Wolf in a scene from Fiddler on the Roof at the 2008 Folksbiene Gala on YouTube: https://www.youtube.com/watch?v=7CLCyR_xObw. What a blessing to have artists like Theo Bikel immortalized on the Internet! 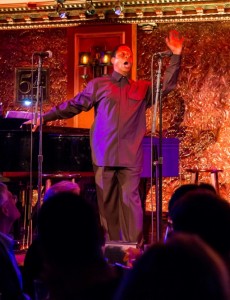 “Everything” by Harnick and Bock from the waiting-in-the-2015-revival-queue The Rothschilds was energetically sung by Russell Fischer and Andrew Deltz and followed by a sweet rendition of Jerry Herman’s “Shalom” from Milk and Honey; and, “Autumn” from Maltby and Shire’s Starting Here, Starting Now, sung by original cast member, Margery Cohen. Stephen Sondheim’s perpetually energizing “I’m Still Here” from Follies was delivered by Loni Ackerman with enough zing to be the second show stopping blockbuster of the evening and led the way through a series of ballads from Charles Strouse’s Rags and Jason Robert Brown’s Parade musicals—with very Jewish plots—to Louis Lippa’s “Live Out Loud” from A Little Princess.

I gave my third and final WOW! to William Finn’s “What Would I Do,” a very Jewish minor key melody sung intensely enough by Alan Wiggins and Amos Wolff to convince Supreme Court Judge Scalia to vote in favor of same sex marriage. It convinced me that a revival of Falsettos should be produced and soon.

All in all I missed up-tempo numbers by some temporarily overlooked songwriters: Oy Vey! What? No Jules Styne, Kander and Ebb, Cy Coleman, Frank Loesser?

Hopefully there will be room for them at next year’s celebration where their songs will be sung by equally gifted performers. I certainly hope so. And a few more up-tempo numbers, please, among the plethora of ballads to prove Jews can be musically joyful.