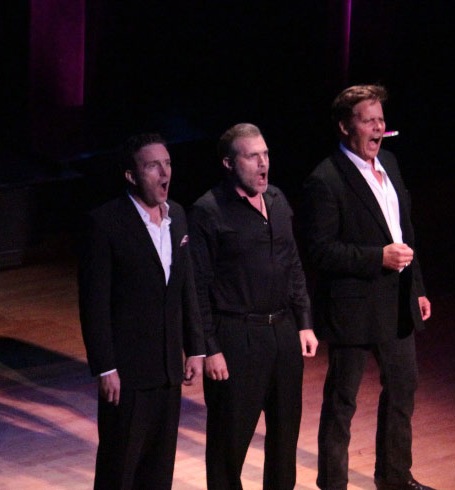 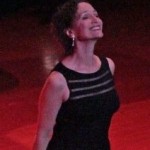 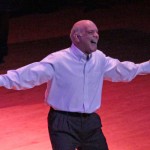 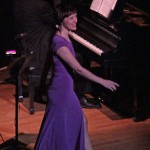 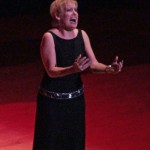 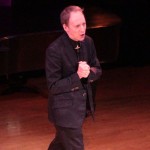 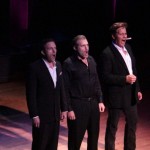 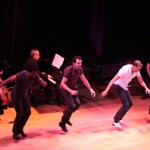 Scott Siegel put together a dazzling array of talent for the 10th Anniversary concert of “Broadway Unplugged” at The Town Hall on Monday, September 30, 2013.  The concept celebrates the human voice as it was heard in its purest form without amplification in the golden era of Broadway.  Very few singers have the pipes and sound of an Ethel Merman and, for this to be successful, you have to have terrific singers who can project in a large venue. I am happy to report that the cast was quite remarkable and up to the task at hand.

The two acts had over 23 numbers and yet the evening flew by. Tonya opened with “Last Midnight” from Into The Woods, Barbara a strong “I Belong Here” (The Grand Tour), Natalie poignantly sang, “I Don’t Know How To Love Him” (Jesus Christ Superstar) and the treats kept coming. Max, always great, sang “Love Can Happen” from Grand Hotel, and Christopher, a campy version of “Always Look on the Bright Side of Life” (Spamalot), that had the audience laughing. Jeffry Denman’s performance of “Something’s Coming” (West Side Story) was thrilling as he suddenly broke into dance throughout the song to illustrate how he was feeling. Marc clowned around with Christiane on “Were Thine That Special Face” (Kiss Me Kate) and she followed with a fine rendition of “By Strauss” (The Show Is On).

John tore down the house with his rich baritone on “And this Is My Beloved” and “Stranger in Paradise” from Kismet. Carole wowed ‘em with “Nobody Knows You When You’re Down and Out” (Ain’t Nothin’ But the Blues) and the handsome Ben Davis scored with “If I Can’t Love Her” (Beauty and the Beast).  Noah Racey and company was extraordinary as he sang and danced to “I’ve Got You Under My Skin” as the dancers made rhythmic sounds with their bodies to accompany him.  John, Ben and Marc have formed a group called “Baritones Unbound” and they closed with an exciting and rich “Impossible Dream” from Man of La Mancha.

I, personally, have no objection to amplification as it is good for some voices and many halls need it for the performers to be heard and to improve the sound.  However, these “Unplugged” concerts are always a treat and a challenge that Scott Siegel has met for the past ten years. It shows us the beauty of the human voice and that there are many well-trained singers around who can sing without microphones. Thankfully, for performers singing eight shows per week, it is nice to have help with amplification and a great sound system. Congrats to all involved in this sensational evening celebrating the wonderful songs and glorious voices of Broadway.