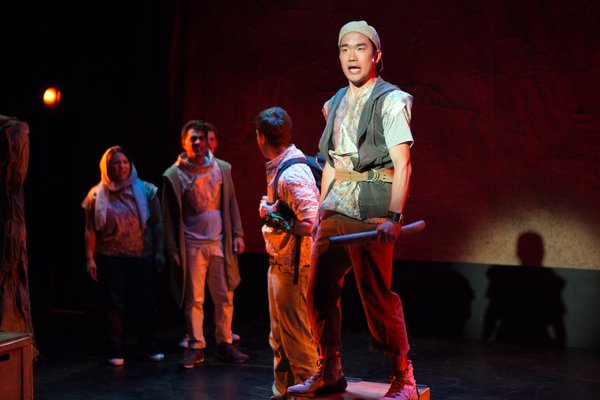 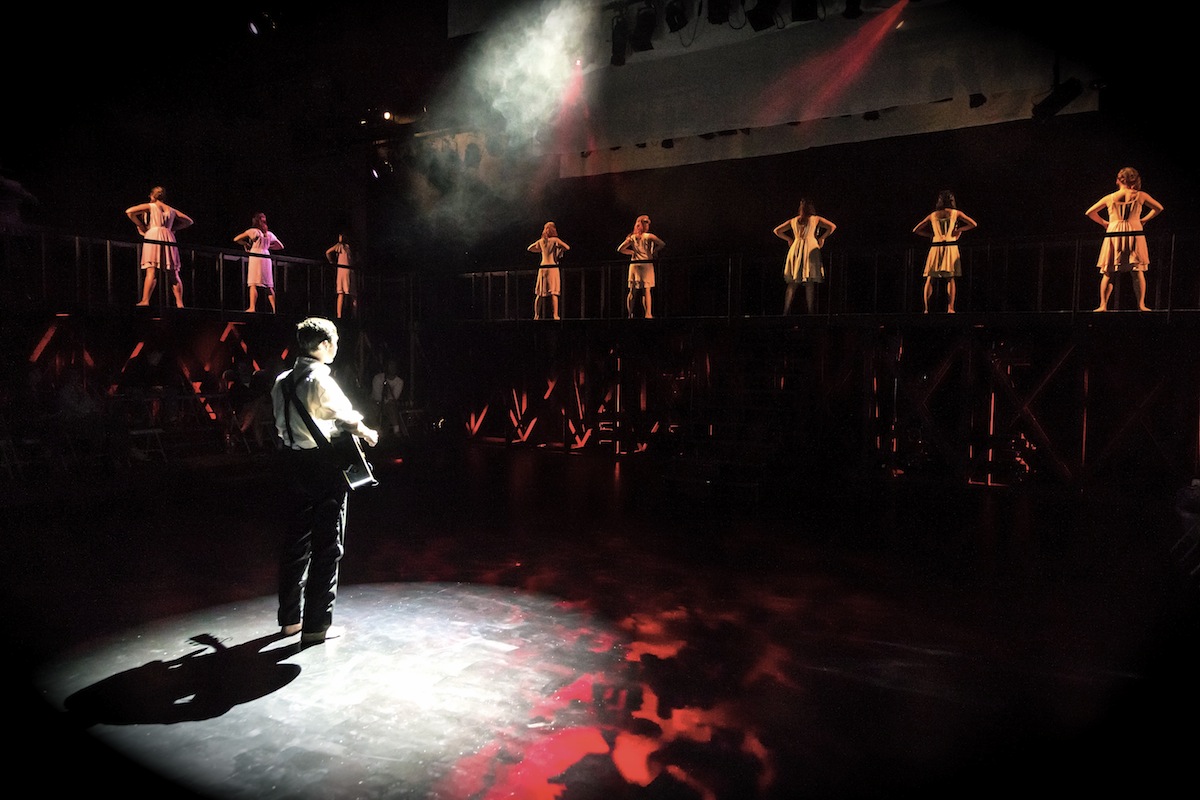 The New York Musical Festival (NYMF) is an awe-inspiring event. Since 2004, NYMF has mounted over 400 fully produced full-length musicals and brought them into the public eye will full force. Here’s Part 2 of my review of a fine sampling of what this year’s festival had to offer. Click through for Part I and Part II. 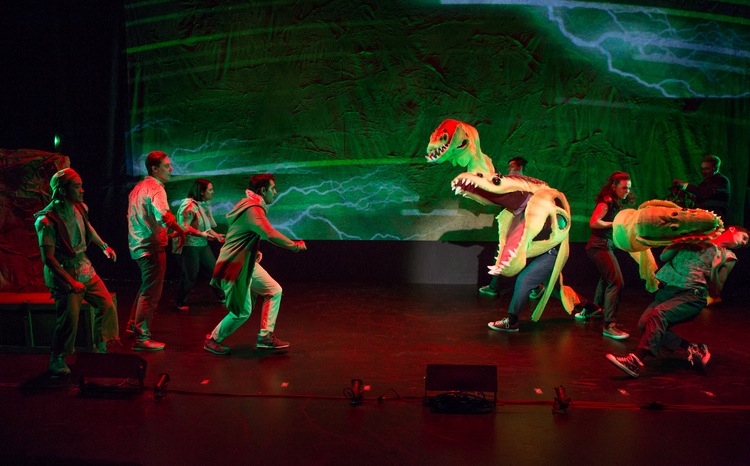 Originally released on album in 2005 by alternative rock band Ludo, Ludo’s Broken Bride has found a home eleven years later as a fully-fledged and fully-staged rock opera. It tells the story of Thomas Liridon (Carson Higgins/Michael Jayne Walker), a scientist who travels through time in an attempt to save his wife Oriel (Gabrielle McClinton) from a car crash, thereby preventing her death. Adapted to the stage by Stacey Weingarten, Ludo’s Broken Bride is an epic jukebox journey that features tunes from Ludo’s entire discography.

In addition to a full cast of live characters, puppetry (Sierra Schoening) plays a heavy presence in the performance. Flying pterodactyls, dragons, and fuzzy sidekicks all make an appearance (with Brendan Malafronte as Puppet Captain, adeptly playing off of the live actors). Oddly enough, the cast also features a large number of dancers, as well as an ever-present quasi-narrator, The Archangel Raguel (Larry Hamilton), watching the action from the balcony above.

Directors Stacey Weingarten & Donna Drake have done a remarkable job at aligning these apparently disparate elements into a cohesive whole. Choreography by Steven Paul Blandino is inspired, bridging between genres of dance to evoke the mood of the scene.

Carson Higgins (Thomas Liridon—The Traveler) plays the nerd-rock superstar protagonist with ferocity, his endurance never once faltering. The object of Thomas’s obsession, Oriel, is played by Gabrielle McClinton. Her role begins as a traditional damsel in distress, but throughout the show she’s able to flex her acting muscles, revealing a talent with exceptional presence and grace.

Unfortunately, much of the night’s performance was marred by technical difficulties. Nothing is more damaging to a rock opera than low, unintelligible volume levels and malfunctioning mics. However, these can be excused as part of the process of bringing these amazing new works to light in such a short time. Ludo’s Broken Bride has had many pop-up stage performances over the last decade. This production separates itself from all others as the definitive, full-force edition of the cult classic hit.

Ludo’s Broken Bride was performed the first week of August at The Duke on 42nd Street (229 W 42nd Street). www.nymf.org 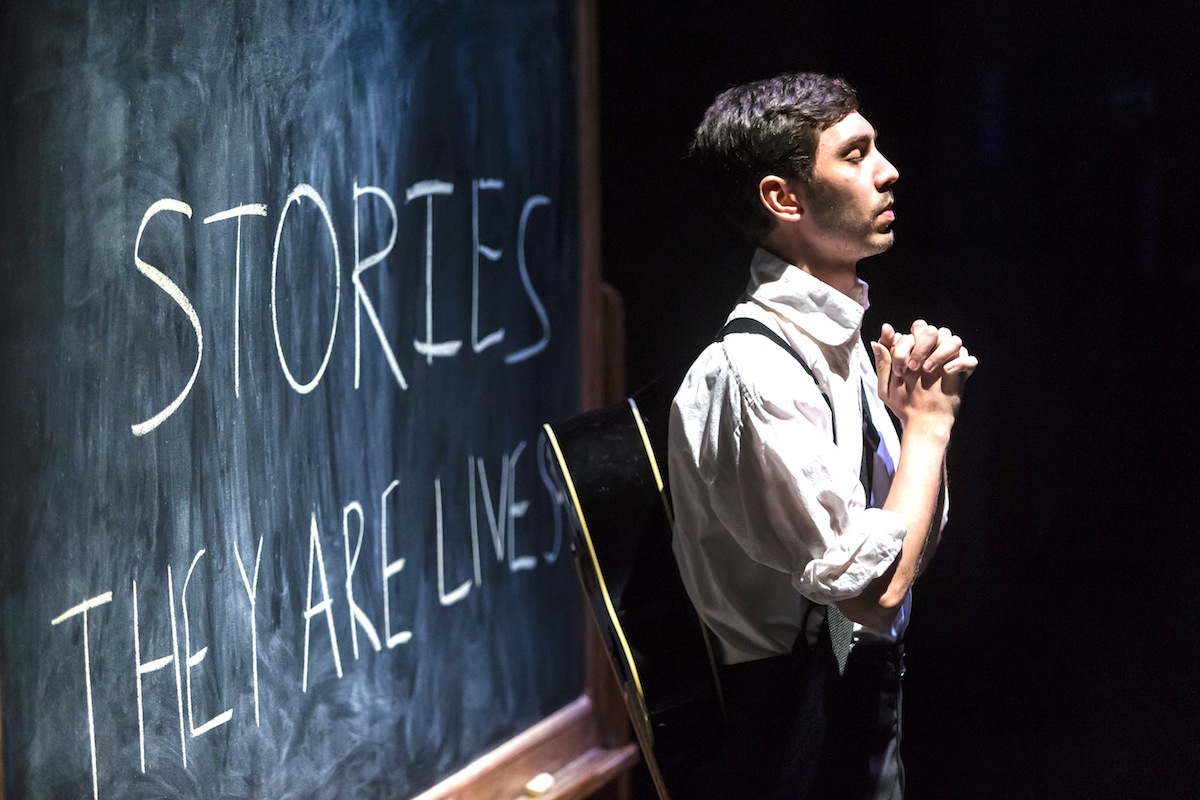 Taking on a true tragedy, Nickel Mines centers around a 2006 Lancaster, PA Amish schoolhouse shooting. A lone gunman and his ten victims (five of whom were mortally wounded) make up a handful of the characters in the examination of an event that is “making no judgements, imposing no morals.” Fusing music, dance, news broadcasts, and myriad other implementations, this multi-media musical aims high.

Despite its many disparate elements, Andrew Palermo’s direction and choreography allows the dramatic action to flow naturally, and Dan Dyer’s traditional folk-style music and lyrics take a hard turn from the usual foot-stomping adolescent pop-rock musical for a more straightforward approach to this careful subject matter. The part-narrator, part-character, Samuel (Morgan Hollingsworth) acts as a balladeering conduit to the crucial element of the show, the Amish girl victims. Their ensemble work is fantastically executed and, as a unit, bring more empathy than any other aspect of the piece.

One of the biggest downers was just that—the mood. The bulk of the show is tragic, and rarely lets up. With no real presence of humor (or other means of release), the constant sadness can lose its effectiveness. However, Nickel Mines does more than take notes from The Laramie Project. It adds to the genre with new elements and in a brave new direction.

Nickel Mines was performed in the last week of July at The Duke on 42nd Street (229 W 42nd Street). www.nymf.org 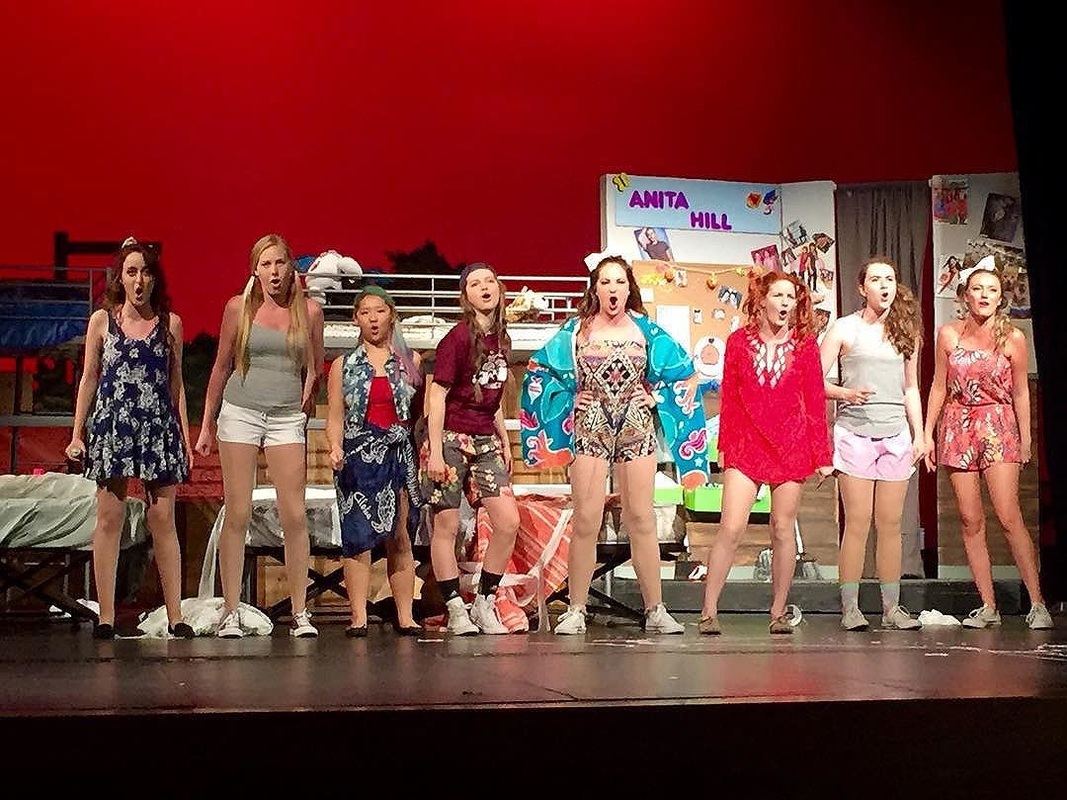 Stacy Davidowitz (Book, Lyrics) has teamed up with co-creators David Spiegel (Book, Music Lyrics), and Adam Spiegel (Composer, Lyricist, Musical Director) to bring us Camp Rolling Hills, the stage musical (Davidowitz collaborated and co-authored the well known book series after seeing, and falling in love with, the musical) . Under the exceptional direction of Jill Jaysen, this celebration of all things pre-teen summer features a bright score, smart lyrics, and a tight, comic pace.

The sizeable cast of young adults feature some of the best at-age acting of NYMF’s year. James Ignacio as Smelly makes a wonderful coming-of-age protagonist. Beatrice Tulchin plays the romantic interest, Slimey. Her heartfelt and intuitive scenes prove her wise beyond her years. All of the pre-teens wow, each with their own fully fleshed-out and textured characters.

The show does run a bit on the long side, and the dramatic tension afforded by the troubles of summer camp can only last for so long. That said, the excitement of the cast’s sheer talent and zest makes Camp Rolling Hills more than worth the price of admission.