27th Annual Gypsy of the Year Raps It Up

Broadway Cares/Equity Fights Aids brought out the gems of gypsies at the New Amsterdam Theatre where the eventual winner was an unbelievable, on the spot, rap between Hamilton’s Lin-Manuel Miranda and Christopher Jackson and Kinky Boots star Wayne Brady.  They tore down the house in a can-you-top-this battle of the rappers to take first place using words shouted out by the audience -chicken, sarsaparilla, succubus, tsunami, scaffolding and condom – take a peek here! 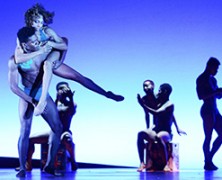 The cast of The Lion King was runner-up with a gripping number created by Ray Mercer.

Six weeks of energetic fundraising efforts by 54 Broadway, Off-Broadway and national touring companies led to an incredible $4,786,239 being raised.  The always hilarious Seth Rudetsky (soon to open in his own show Disaster)was the kinetic host as he deconstructed everyone from Hamilton, Annie and favorite Barbra Streisand.

Gypsy of the Year, opened with the tap-happy journey of a stage manager, played by Ryan Kasprzak. 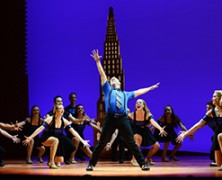 Finding Neverland’s Laura Michelle Kelly led “We Can Be Kind,” a poignant response to the recent escalating unrest at home and abroad, featuring a chorus of kids from the companies of Finding Neverland, Fun Home, The King and I, Kinky Boots, Les Misérables, The Lion King, Matilda The Musical and On Your Feet! 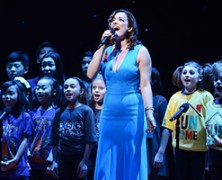 The cast of Hamilton provided a contemporary and emotionally charged a cappella version of their show’s “Wait for It,” in tribute to victims of inequality and injustice around the world. Finding Neverland teased their own show about a boy who never grows up while skewering critics who welcomed the now hit musical with less than glowing reviews.

The Book of Mormon cast members, dressed as holiday carolers adorned with red AIDS awareness ribbons, offered a tightly harmonized arrangement of “Smile,” first made famous by Nat King Cole. Cast members of An American in Paris, dressed all in white and elegantly accompanied by an onstage pianist and violinist, performed a dream-like contemporary dance, inspired by the quote: “Let peace fall like the first hint of snow covering all things negative, and remind us that change comes with every season.” 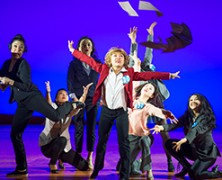 The kids of Fun Home let loose their inner rock stars transforming their show’s “Ring of Keys” into a head-banging homage to the just-opened production of School of Rock – The Musical, which opened Sunday at the Winter Garden Theatre. In an admirable attempt to keep its biting humor topical, the long-running Avenue Q, which won the Tony Award for Best Musical in 2004, called an emergency cast meeting to update lyrics to some of its best-known songs. 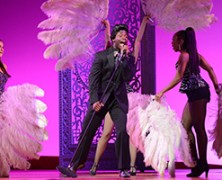 The cast of Chicago turned lawyer Billy Flynn’s signature number, “All I Care About Is Love,” into a high-energy funk jam featuring James T. Lane as James Brown, the show’s latest celebrity guest star. The company of The King and I offered a twisted take on the show’s “The Small House of Uncle Thomas” by spinning it into a tale of today’s presidential politics complete with a dance battle between Hillary Clinton and “the wicked Donald of the greed.”

Andréa Burns, who’s now featured in the new hit musical On Your Feet!, reached back to her days as a standby in Broadway’s The Ritz and finally got to perform on a Broadway stage the show’s Latin-infused send-up of classic hits, “Googie Gomez Broadway Medley”. Cast members of Les Misérables, longing for the big dance numbers of other shows, reinvented their show as a comically staged “Barricade Ballet.”