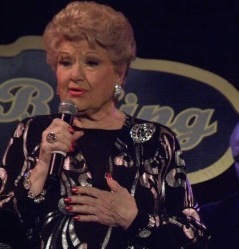 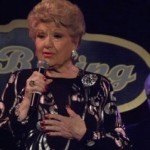 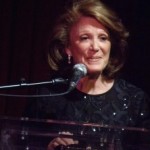 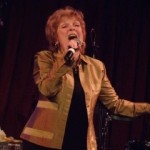 by Joe Regan Jr.
For the past several years the Annual Manhattan Association of Cabaret and Clubs Award ceremony has taken place at B.B. KING Blues Club and Grill. 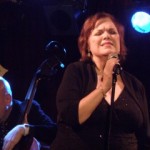 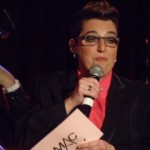 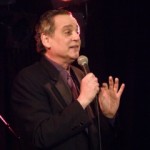 This year’s award ceremony on March 27th was hosted by previous winner Terese Genecco opening the show with two songs entitled “Applause” with Shaynee Rainbolt, Julie Reyburn and Jonathan Whitton.  Because the winners perform, the intermission-less evening can be an ordeal. It tends to get tiresome with over-long and, many times, boring speeches.

Yes, there were some terrific winners’ performances.  The two Lifetime Achievement Awards went to Linda Lavin and Marilyn Maye.  Lavin was given a great introduction by Jim Caruso (they met at a White House event) and her acceptance speech was a moving summary of her performance history.   She sat down at the piano and sang the song she did as a young girl, “Long Ago and Far Away” melding into “It Amazes Me.”  Bob Mackie, the designer, introduced Marilyn Maye.  It was a loving tribute to their long years together and when she appeared there was no question that what she was wearing was sensational.  She belted out her own lyrics to “On A Wonderful Day Like Today,” accentuating the words with high kicks and struts and special comments to Tedd Firth on the piano, with asides to the singers in the audience on what not to do!  Maye’s second number was the dramatic ballad “Here’s To Life” and I think she also wrote some special lyrics to that one too.  Needless to say, she got a standing ovation!A very popular special award was the Ruth Kurtzman Benefit Award to Music and Art for City Greens — the Concerts in the Park Series.  Raissa Katona-Bennett had a prepared speech acknowledging just about everyone involved  with the Wednesday summer concerts in the park near the UN that was much too long.  The Board of Directors Award went to the O’Neill Theatre’s Center’s Cabaret and Performance Conference and the current director, John McDaniel, gave a wonderful history of that event, saluting past leaders like the late Erv Raible, Thomas Viertel and Michael Bush as many of the winners acknowledged how wonderful their time was when they attended the center. 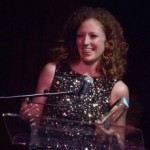 Some popular winners were “Twentieth Century Girl: The Lois Morton Songbook” with Sidney Myer performing one of Morton’s clever songs.  Mark Janas and Tanya Moberly’s Salon won Recurring Series and Janas gave a very moving acceptance speech about his recovery from his operation two years ago!  Marissa Mulder was a double winner as Major Artist and the LaMott Friedman Award for Recording of her show “Tom…In His Words.”  A very popular win was Tanya Holt and Marcus Simeone’s “Quiet Storm” for Duo/Group.

The surprised Celebrity Artist winner was Broadway veteran Anita Gillette and her show “After All” which started at Birdland.  Gillette was very flustered, not expecting to beat out her competitors.  When she came out to do a number from that show, she thanked her music director Paul Greenwood and director Barry Kleinbort, relating a story about being out of work in Los Angeles and following with “Life Is Just A Bowl of Cherries” (with lots of jokes and asides).

The winner for Male Vocalist was Jonathan Whitton for “The Free Residency Black Sheet Carnival” and he pulled his shirt off to a wife beater and sang “Toxic” with his performing partner Aaron Jones.  The Female Vocalist winner was Billie Roe for her Tom Waits show, “1978 NYC Underground.”  Rendered speechless for a moment, she began her history of how a pianist in a bar in the village encouraged her to sing, worked with her, and sent her to the O’Neill to learn more, and then, when she was in the hospital for chemo and radiation for cancer, kept encouraging her.  It was a loving tribute to Jerry Scott, and she sang Waits’  “Grapefruit Moon,“ which led to the final standing ovation.