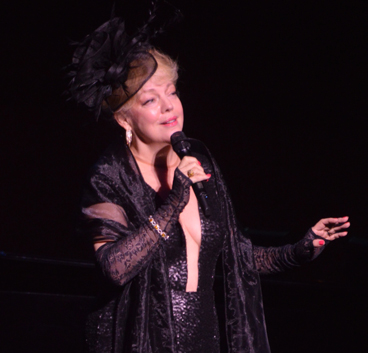 “How was your summer?” “How was the trip/flight in?” “Where are you performing?” “I hear you have a new CD.” “You look great.”Buzz, Buzz, Buzz. It’s the 29th Annual New York Cabaret Convention. The crowd is primed to immerse itself in this beloved if beleaguered genre. We’re welcomed by Artistic Director KT Sullivan. Highlights follow. 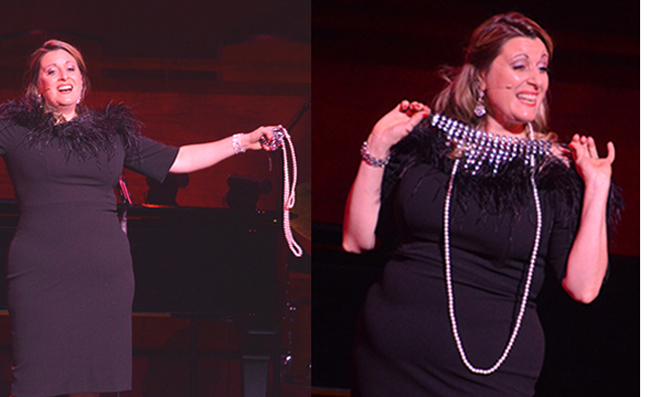 Corinna Sowers Adler brings the house down with her robust soprano “Glitter and Be Gay” (Leonard Bernstein from Candide.) As she rarely has opportunity to unleash the legitimate aspect of her vocal training, much of the audience is favorably startled. The artist has infectious fun, layering on jewelry, handling pastiche like an Edward Gorey drawing come to life. Latter notes pop like emphatic champagne bubbles. (James Horan-Piano) Sullivan declares her jealousy for Adler’s high e-flat.

“Another Winter in a Summer Town” (Scott Frankel/Michael Korie from Grey Gardens) is beautifully realized by Meg Flather who brings dignity, grace and pathos to the song out of context: Yesterday’s dreams – a faded bouquet/Roses that died on the vine/Yesterday seems more real than today/It’s difficult drawing the line…Alto is warm and clear. From her show Back When We Were Beautiful (Tracy Stark-Piano). 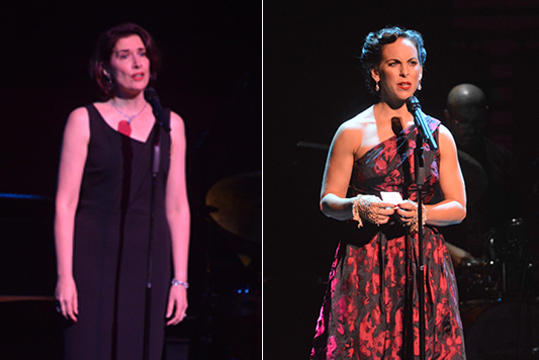 Compassionately reading an actual World War II love letter, Dawn Derow gives us a sampling from her show, My Ship: Songs from 1941. “White Cliffs of Dover” (Walter Kent/ Nat Burton) emerges by way of another legitimate voice (when she chooses to use it) with grace, gravitas, and pride. (Ian Herman-Piano)

Considered one of “Mabel’s Babies” (after founder Mabel Mercer), Joie Bianco made her auspicious Cabaret Convention debut at age 15. Preternaturally sophisticated in her approach to American Songbook, the performer offers deft phrasing, understated feeling, and a long note vibrato employed with high craft. What a difference a day makes, she sings slightly shaking her head in wonder. (Jon Weber-Piano) 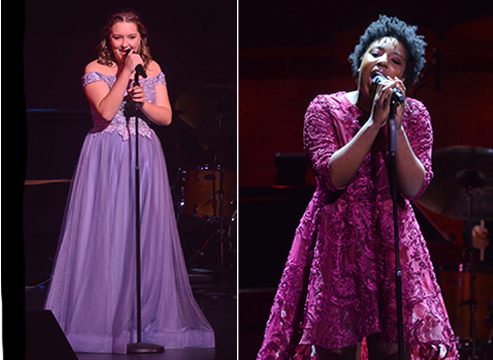 Sullivan and cabaret singer Natalie Douglas discovered another talented teenage performer when performing in The Cayman Islands earlier this year. Jaedyn Hanna puts her own distinctive spin on “Someone Like You” (Adele) with a well controlled, surge-and-diminish take. Vocal is big, clean Broadway/Pop. Someone to watch for. (Jon Weber-Piano).

Carole J. Bufford sashays in (the lady can mooove) with a sizzling version of Irving Berlin’s “All By Myself” that ends with growl and a wink. (New CD: All By Myself) Later, she joins Eric Yves Garcia for Alex Rybeck’s adroitly entwined, Latin flavored numbers about dancing. The two cut quite a picture. (Both Ian Herman-Piano) John Lennon’s “Love” is tender and meaningful in the hands of Marissa Mulder who brings even awkward lyrics to life. During an instrumental break, the appealing vocalist looks around as if warily asking, “you agree, yes?” (Jon Weber-Piano, Mike Rosengarten-Guitar, Ritt Henn Bass) New CD: Two Tickets Left. 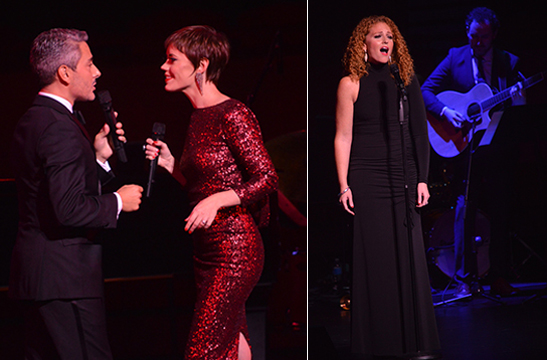 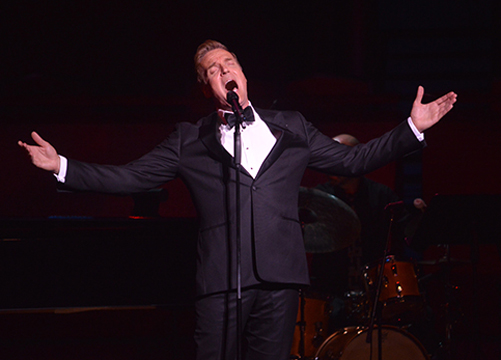 “Until the Real Thing Comes Along” (Sammy Cahn/Saul Chaplin) sounds like it must’ve when written. Nancy McGraw has an engaging quiver in her voice making the torch song feel personal, credible, and period authentic. (Mark Nadler-Piano)

Bill Charlap plays highly embellished “S’Wonderful.” (Cole Porter) His mom, vocalist Sandy Stewart, follows at the other end of the spectrum with minimalistic precision. A fraught “After You Who?” (Cole Porter) honors Barbara Carroll who passed this year. Anna Bergman and Todd Murray sing Porter’s “So In Love” with emotional vigor. Gregory Generet’s “Angel Eyes” (Matt Dennis/Earl Brent) is, alas, swallowed by choppy phrasing and its musical arrangement.( Jon Weber-Piano) 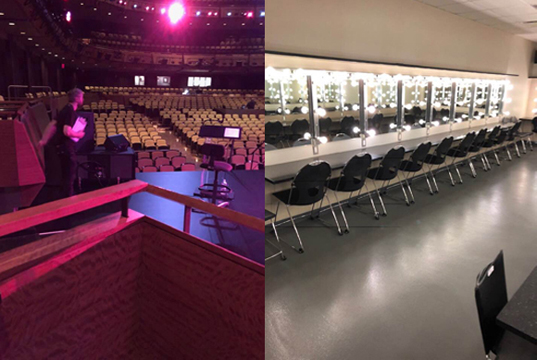 Karen Oberlin takes on Stephen Sondheim’s challenging “No More” with intellect and commitment. I miss her more melodic choices. New CD: Confound Me. “Hooray for Hollywood” (Johnny Mercer /Richard A. Whiting) is given ebullient, updated lyrics by Danny Bacher (also soprano sax.) Oddly this turns into Brazilian Carnival music New CD: Still Happy. David Baida adds his own lyrics to “Stone in Love with You.” Verses don’t fit the chorus. His tenor, however, has charm, his performance great expression. (All Jon Weber-Piano)

Managing Director of The Mabel Mercer Foundation (21 years and counting) Rick Meadows delivered a heartfelt list of those in the community lost (but not forgotten) this year.