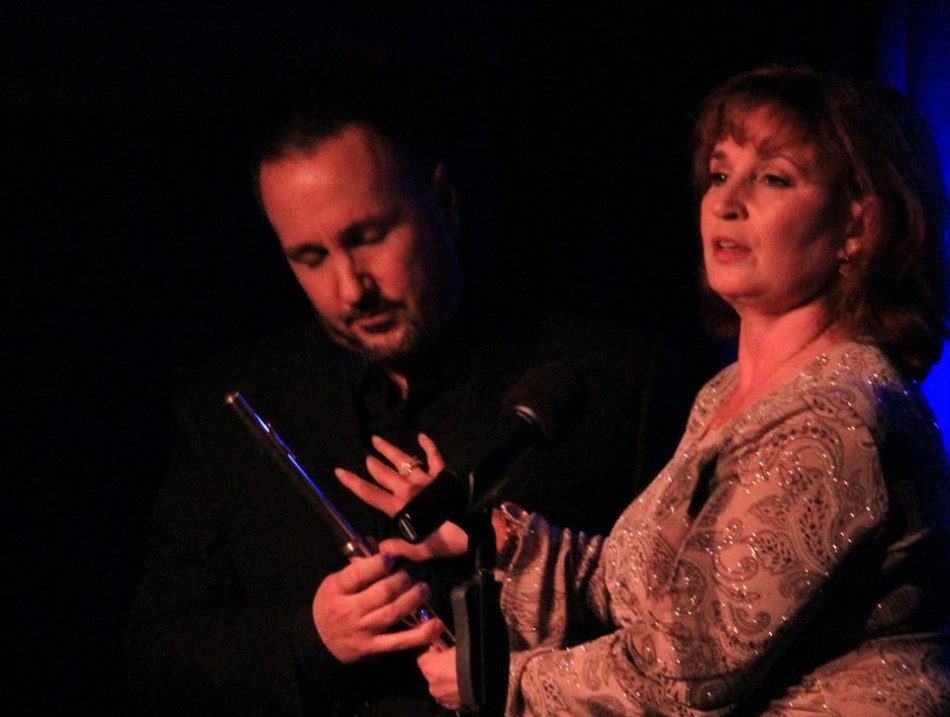 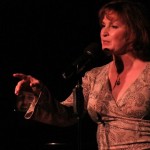 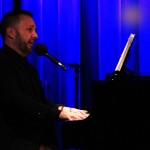 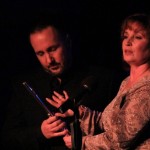 When a show’s “overture” is heralded by the iconic 20th Century Fox studio theme played on toy trumpets, followed by a medley of tunes accompanied by more silly props, you know you’re in for an evening of fun. What transpired didn’t disappoint. Raissa Katona Bennett and singer-pianist-Music Director Kenneth Gartman sang seriously and comically through songs from films of the ‘70s, ‘80s and ‘90s, years when “people sat in the dark and not on sofas in front of Netflix.”

The post-overture set began with the theme-setting and toe-tapping “Moving Right Along” from the 1979 Muppet Movie. And move along it did with smart dialog and a well-paced rhythm of its own, aptly mixing comedy, ballads and up-tempo tunes. Two serious tunes followed: “Out There” from the 1996 “The Hunchback of Notre Dame and “The Girl Who Used To Be Me” from 1989’s “Shirley Valentine,” numbers which showcased Gartman’s pleasant, classically-trained tenor, and Bennett’s clear “theatrical soprano” (although she seemed to be conserving the full vocal thrust she’s capable of).

More comedy ensued with the 007 Bond mash-up: “For Your Eyes Only” (1981) paired with “Nobody Does It Better” (1977). Later, a parody entitled “It’s A Disaster,” unleashed a mash-up of tunes from the likes of “Titanic,” “The Towering Inferno,” and “The Poseidon Adventure,” sung with hammy acting and bits of business. The “Cutting Room Floor Medley” aimed to squeeze in as many recognizable tunes as possible; did we count 18?

“Beautiful Maria of My Soul” from “The Mambo Kings” (1992) featured Gartman in a Latin mode, while “Queen Bee” from “A Star Is Born” (1976) allowed Bennett to rock it out. “The Power of Love” was an energetic nod to 1986’s “Back To The Future.” These tunes were especial showcases for Gartman’s tremendous work (in both senses of the word) of arranging all the music in the show.

The delicate “Can You Read My Mind” from 1978’s “Superman” was followed by the smartly performed mini-medley from 1992’s “The Bodyguard: “ “I Have Nothing” was paired with the iconic “I Will Always Love You.” The latter, made famous for all time by Whitney Houston, and still one of the world’s mega-sellers, is a hard act to follow. Gartman and Bennett wisely chose to share the heavy-lifting and sing the two songs as a duo, which worked very nicely.

“Piece of Sky” from “Yentl” (1983) gave Bennett a chance to display her acting chops. Coming full circle, the show’s closer, from “The Muppet Movie,” “I’m Going To Go Back There Someday” was a fitting lyrical tribute to the movies and the nostalgia they can evoke. Long-time friends Gartman and Bennett put on a very personal show, lovingly shared. The closing number underscored their motivation of “stepping out of the comfort zone” and going for it. Good thing they did – everyone had a darn good time.
Backup from bass and guitar player Mark Scharfglass was the perfect mix of steady and supportive while being unobtrusive. Drumming by Matt Vander Ende was cheerful and energetic but did tend from time to time to become a bit overpowering. Intermittently throughout the show, Bennett played the flute (who knew?), adding panache to the proceedings. Lennie Watts is the duo’s very skillful Director.