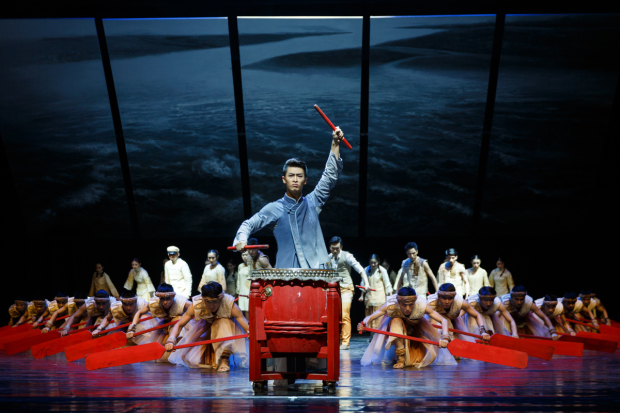 Dragon Boat racing is a tradition that has spanned the centuries, having originated, some say, over 2500 years ago; and that has gained global popularity in the last several decades. So it stands to reason that a performance piece named for the sport is one that embraces the beauty and importance of tradition while staring in the face of modernity. Presented by the renowned Guangdong Song & Dance Ensemble on tour from China, Dragon Boat Racing—which has two remaining performances at the David H. Koch Theater at Lincoln Center (today and tomorrow)—is the story of the creation of one of the most iconic and enduring pieces of Cantonese music, a simultaneously soothing and powerful number that is dear to hearts of Chinese citizens.

Written by Tang Dong with music by Dun Ming, the performance is set in 1930s China, before and during Japan’s occupation of China during the Second Sino-Japanese War, we witness two lovers, Nian (Li Xing) and Ling (Li Lanchao) who have equal passion for each other as they do for music, specifically the Gaohu (a Chinese string instrument typically found in Cantonese music — as well as often on the N/R/Q platform at Times Square). But Nian is told by his dying father that he must instead marry Ying (Wang Minrui) and is asked to complete the musical, Dragon Boat Racing. The remainder of the story deals with Nian’s dealing with his broken heart, his attempts to finish the piece and, finally, brutal repression by the Japanese.

While the performance, produced by the China Arts and Entertainment Group, is labeled a “music and dance” piece, American audiences might more readily recognize it as perhaps an epic ballet. With no spoken words or singing in the production, it is punctuated by a series of stunning set pieces (each more memorable than the last) that feature absolutely beautiful ballet-esque dancing and sometimes pantomimed movement that is so smooth and fluid as to feel almost animated (in the best possible sense—see: Fantasia). Despite the show’s flawless beauty as  whole, two particular production numbers stand out: one featuring women dancing with yellow parasols which work as both props and elemental decoration that brings the stage to life (at one point the umbrellas almost resemble jellyfish swimming away); and the other depicting mass execution at the hand of the Japanese. Huddled together, the victims fall to the ground, turning red with the help of stage lights, then roll slowly  outward in a circle, the effect being so much like a widening pool of rippling blood—and despite the tragic moment is somehow beautiful and poetic at the same time. Both these moments are, despite a remarkable cast of precision performers from top to bottom, the result of world class lighting, costuming and a gorgeous yet remarkably functional and malleable set (though, curiously, none of those responsible for these elements are listed in the program). All of the credit, therefore, must be given to the outstanding director (and choreographer) Zhou Liya.

Frequently it is difficult to bridge cultural gaps when it comes to music and theater. What one culture is perfectly accustomed to often sounds or feels strange to another, not for lack of quality, but generally for lack of our own exposure. That is often the case with various Western versus Asian types of performance. But Dragon Boat Racing doesn’t have that problem. I’m convinced this show could have a long and successful run in New York. It feels like an epic film from the 1950s or 1960s, with big dance numbers and swelling music somewhat reminiscent of an Ennio Morricone soundtrack (though perhaps not so “Western” – in the cowboy movie sense of the word). The only cultural anomaly—if it actually is one—is the behavior of many in the audience. There were more people using smart phones to take flash photos or record portions of the production than I have ever seen in a professional New York venue. It felt more like an elementary school recital. The Lincoln Center ushers who tried desperately to shut it down, simply could not keep up with the offenders. If that’s the sort of thing that drives you to distraction, you might have a tough time (unless they’ve taken steps in the interim) sitting through the show. If not, do yourself a favor and go see Dragon Boat Racing this weekend (it ends tomorrow!). It’s a remarkable, highly professional, well-made, well-performed show. 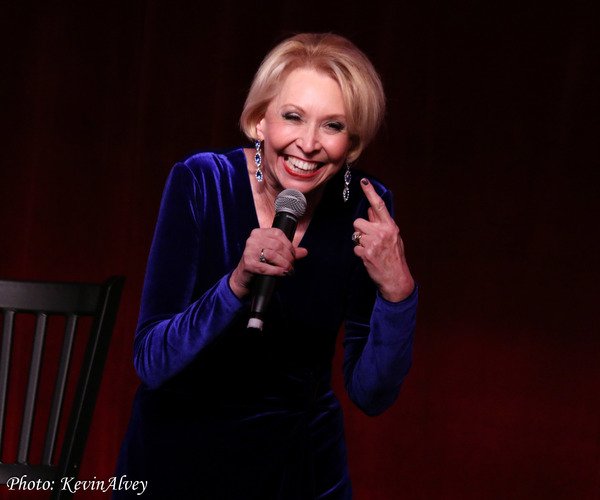 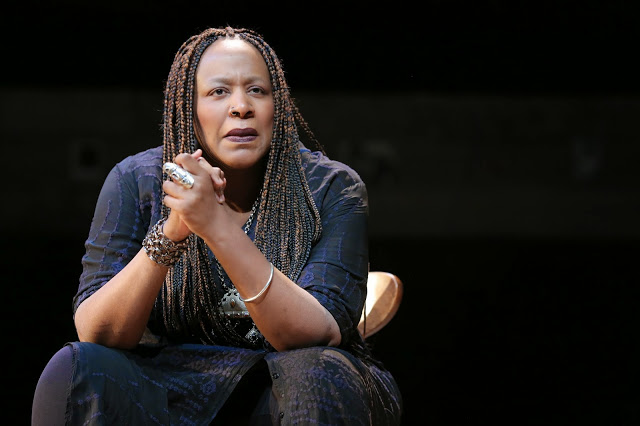