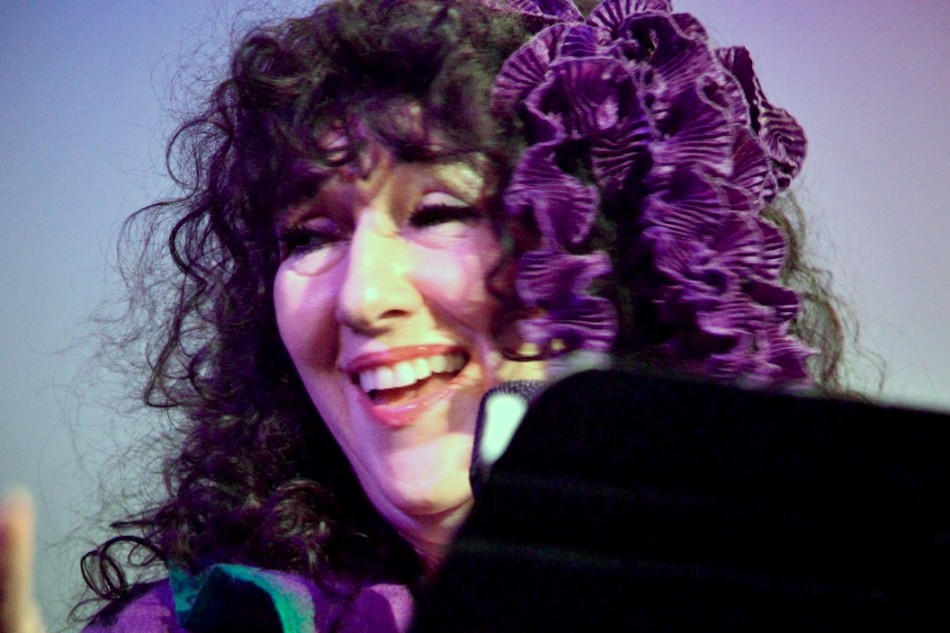 Scott Siegel is a modern musical theater Diaghilev. He hasn’t achieved this alone. No, at his side, at his back and “the wind beneath his wings” was his wonderful, equally energetic spouse, Barbara. Barbara Siegel has also been the backbone of the Drama Desk as head of its nominating committee for a decade, tirelessly exploring every nook and cranny of the New York City theater scene to ferret out and acknowledge the treasure trove of talent that lurks here.

So, Mr. Siegel thought it was a good time to honor his help-mate and sent out the Indian runners to gather divine musical theater artists to tell everyone how wonderful the Missus is. So many wanted to participate that Scott Siegel had to take over the Metropolitan Room for an entire evening for two full shows to accommodate all the artists who were eager to honor Barbara Siegel and the hoards of well wishers who wanted to be present in the audience, the evening also benefitting the Actors Fund.

The second program, which I attended, began with Josh Young singing a robust but nuanced “Maria” (Bernstein/Sondheim), humorously substituting “Barbara Siegel” for “Maria”! From then on the singers did their best to turn their well known material into a series of paeans to Ms. Siegel.

“Happiness” (Clark Gesner, from You’re a Good Man, Charlie Brown), sung by Bob Stillman, put into relief Barbara Siegel’s youthful hopefulness and unflagging energy for life. The other side of that youthful coin was Jim Brochu’s extraordinary “No Time At All” (Schwartz), a tender and funny guide to growing older.

The inimitable Julie Halston, who barely made it to the Met Room on time, read, verbatim, an article in Harper’s Bazaar about a totally self-involved international beauty expert, wringing every drop of unintentional humor from what, in another person’s hands, would barely register. Sharing the comedy honors was impressionist extraordinaire Christina Bianco, who did “Broadway Baby” as, among others, Patti Lupone, Barbra Streisand, Julie Andrews and, of course, herself.

Emily Skinner, the final performer, hit everyone in the heart with her “No One is Alone” (Sondheim).

The honoree put the cherry on top of the evening with a terrific, heartfelt speech thanking everyone in sight and expressing her lifelong love of theater . . . and, of course, her very busy hubby.