50 Shades! The Musical – Will You Squirm? (Meet the Cast) 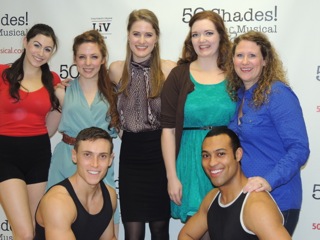 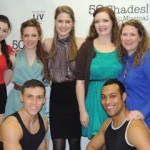 50 Shades! The Musical is making it’s way to New York City. The Original Parody opens with a trio of girlfriends setting aside staid book regulars to try a sexier kind of page turner. Ah ha, interest is piqued and they can’t get enough of the novel while the notorious characters – Anastasia and Christian are rapt in a delicious affair that comes to life before their eyes. 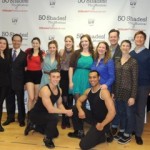 It’s an uproarious musical  roller coaster ride through the best seller, with a sassy original score that is a mash up of traditional musical theater, R & B and Gilbert and Sullivan.  And wait till you hear “I Don’t Make Love…” and “There’s a Hole Inside of Me.”  It’s a sexy story that is a hilarious rmp chockfull of wrestling singlets, handcuffs and helicopters with silly names. 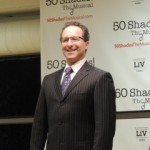 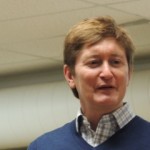 50 Shades! The Musical-The Original Parody had a hit run at the Edinburgh Fringe Festival and is having great success on a national tour (San Francisco, Chicago, L.A.). There are French, German and Dutch productions.  Like the book series, this is not meant for those under the age of 18, but . . . does not cross boundaries that would make general audiences squirm.

Get ready for 50 Shades! The Musical – The Original Parody (www.50shadesthemusical.com )