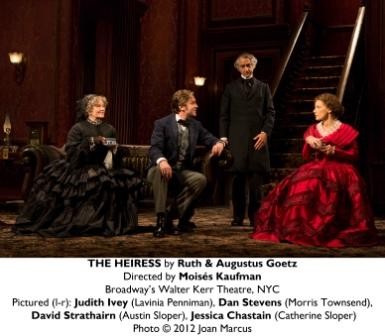 It is comforting to come to theatre, especially in these now wintry devastating weather days, and know that every 10-15 years a familiar chestnut will be waiting with open arms. On the tails of “Who’s Afraid of Virginia Woolf,” is Ruth & Augustus Goetz’ adaptation of Henry James’ novel Washington Square (the play-1947), “The Heiress,” replete with an all-star cast.

I vividly remember the 1949 movie with Olivia DeHavilland and Montgomery Cliff, for which DeHavilland won an Oscar, more recently followed on stage by Cherry Jones winning a Tony in 1995 for the Broadway revival. They were austere as Catherine Sloper, levity unbeknownst to either. However, this production plays well with lines delivered many times comically making for bouts of laughter throughout, the whimsy of director Moisés Kaufman.

This Catherine, played by film lovely Jessica Chastain (Oscar Nominee- The Help), whose delicate features reduce her homeliness, is awkward enough as the unloved daughter of a father Dr. Austin Sloper (a perfectly cast and dour David Strathairn) who blames her for the death of his beloved wife in childbirth. His on-going cruelty and verbal abuse at her inability for the female social graces of the era, that her mother naturally possessed, turns her from a daughter who wishes to please to a hateful woman. Chastain wears a natty looking wig that could have used a fixer-upper and somehow is just too slight and still lovely to look at to completely transform into the very plain Jane for which the part seems to call out. She comes off as too smart and clever a pragmatist.

When Morris Townsend, good looking Dan Stevens (British TV star of Downton Abbey) comes to the Washington Square elaborate 19th Century townhouse (set by Derek McLane), he is an overly charming suspect who, within two weeks, is now madly in love with Catherine asking for her hand in marriage. He has no means of support, lives with his sister Mrs. Montgomery (Dee Nelson) a widow, who is raising 5 children. Alarm bells go off for Dr. Sloper who sees the real reason for Morris’interest in his plain, inept daughter – her $10,000 trust to become $30,000 upon his death.

Poor unloved Catherine defies her cruel father, supported by her flirty, romantic Aunt Lavinia, the delicious Judith Ivey, as she plans to elope with Morris. Words that stick and prick are uttered by Lavinia nearing the end of Act II: “My dear, life can be very long for a woman alone” as Catherine realizes Morris’ true intent, locking him out of her heart and home forever.

There are fine supporting roles by the housekeeper, Maria played by Virginia Kull and Lavinia’s sister Elizabeth Almond (Caitlin O’Connell) along with Kieran Campion as Arthur Towsend and Molly Camp as Marian Almond, Coachman Ben Livingston. Costumes are by Albert Wolsky; lighting by David Lander; sound by Leon Rothenberg. The running time is 2 hrs. 45 minutes at the Walter Kerr Theatre on West 48th Street.

There appears to be more of a thrust to endow the Broadway stage with Hollywood and TV names, as producers fight the cost of financial battles to bring multi-million dollar productions to the stage. Sometimes it works, other times we wonder why what with all the brilliant talent available from the Broadway genre. 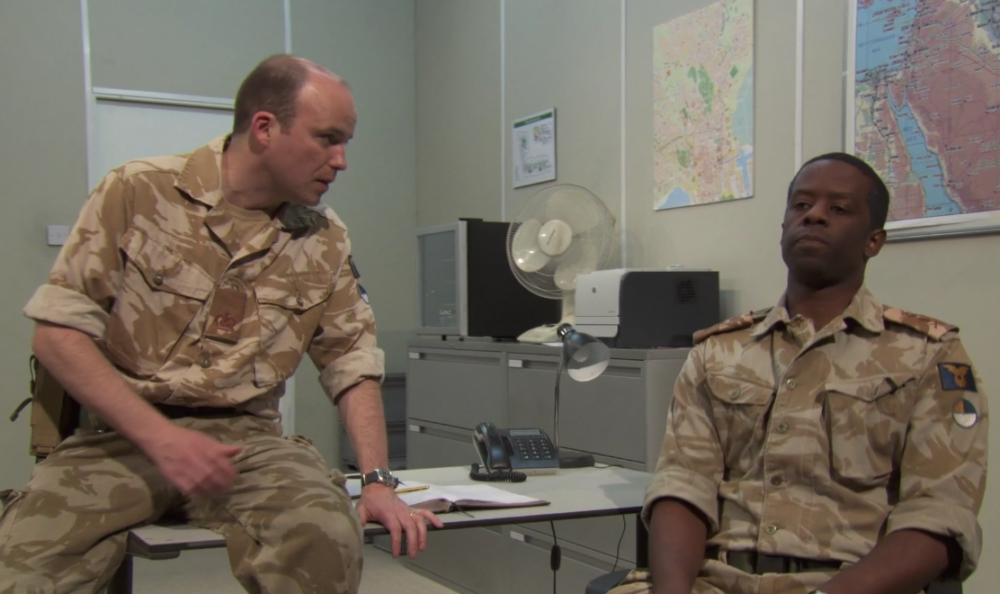 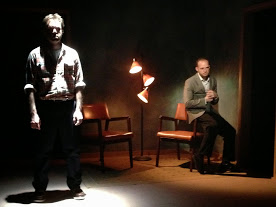