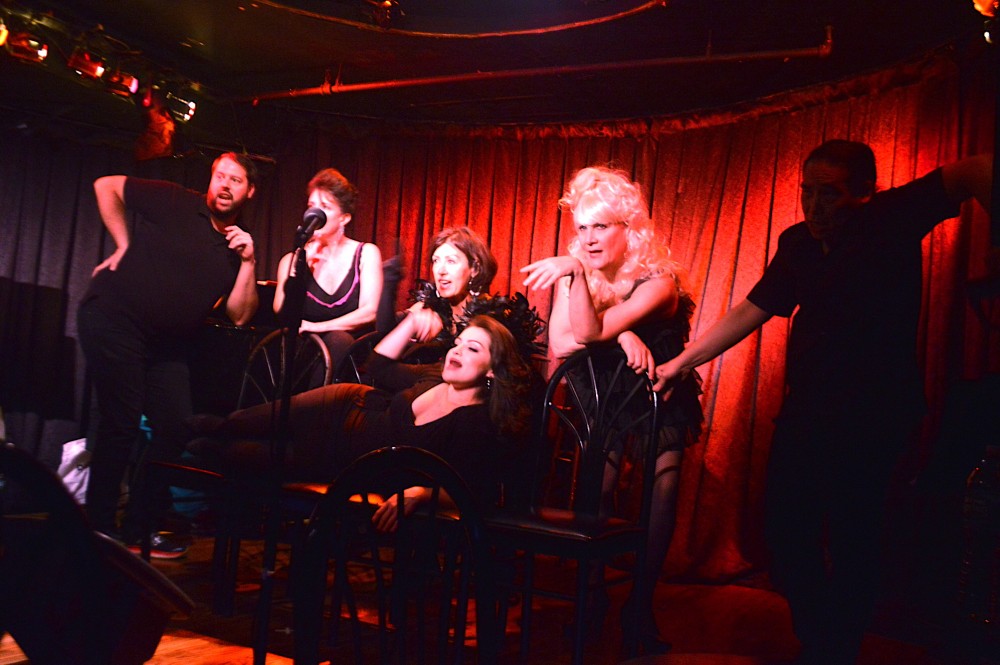 On or about 8:30 pm on the last Friday (occasionally the last Thursday) of every month (except December) since July of 2015, a beaming companion and I have departed Don’t Tell Mama, the iconic Cabaret Multiplex-cum-restaurant-cum-piano bar on West 46th Street, declaring that the edition of Ricky Ritzel’s Broadway we just watched was even better than any previous incantation of same had been. Ricky Ritzel is Manhattan’s club world’s kinetic musical fixture, a unique King of Quirk with a novel, inventive, imaginative, fresh monthly approach to songs from three past Broadway hits, flops and those in between, plus pertinent facts and impertinent gossip.

September 2017’s selections were the multi-award winning Sweet Charity, Promises Promises and L’il Abner, performed by a seasoned cast of only eight of Ricky’s previously announced nine More Than Ready for Prime-Time Players – Lisa Ellex, Brian Kalinowsky, Tara Moran, Aaron Morishita, Jay Rogers, Warren Schein, Lisa Viggiano and Kristine Zbornik. Who was the no-show? Ricky’s regular showstopper, “I Love” Sidney Myer. He’d been felled by the mother of all high fevers and went home to recover. And I thought only the bubonic plague would have gotten Sidney away from his home away from home for more than 27 minutes.

Sweet Charity, with a score by Cy Coleman, lyrics by Dorothy Field and a book by Neil Simon, earned a fourth star for Bob Fosse’s choreography and a fifth for being based on Federico Fellini‘s Nights of Cabiria which traces the romantic more-downs-than-ups of an ever-hopeful dance hall hostess-for-hire, Charity Valentine. The big opening number featured six performers strewn over black metal Art Deco-ish chairs belting out “Hey, Big Spender,” to a striptease beat. But the number was actually purloined and totally owned by Kristine Zbornik who gave all of her appendages and her puffy blonde wig a wild chance to collude. Jay Rogers was outstanding, as usual, as Daddy Johann Sebastian Brubeck, the enigmatic leader of the Rhythm of Life Church. Lisa Ellex’s Valentine brought a wistful note to “Where Am I going?” Promises, Promises also had even more impressive DNA – a jazzy Burt Bacharach and Hal David score, Michael Bennett’s choreography. Another Neil Simon book based on Billy Wilder’s ironically edgy Oscar winning screenplay for The Apartment, the saga of an ambitious junior executive bachelor who climbs the corporate ladder by allowing his married superiors use of his apartment “upstairs, two flights up, looking out on the street” for their sexual trysts. Aaron Morishita as Chuck Baxter moved every heart in the room singing his heart out with love for the big boss’s mistress and struck a multitude of appealing chords in a multitude of appealing songs including “I’ll Never Fall in Love Again,” and “Promises, Promises.” He hit his highest notes drinking away his troubles while trying to pick up an equally tipsy co-worker played with extraordinary comic brilliance by Kristine Zbornik to the gibberish lyrics of “A Fact Can Be a Beautiful Thing.” Also noteworthy was the exquisite Tara Moran’s Fran Kubelik’s plaintive “Knowing When to Leave.” Daisy Mae thinks L’il Abner is the most desirable bachelor in the West Virginia shetl where these Mayflower deplorables laid down their roots. Gene de Paul’s music and Johnny Mercer’s lyrics help Al Capp’s characters welcome you to Dogpatch, which Congress declared the most unnecessary town in the US and wants evacuated so the site can be used for nuclear bomb tests. Everyone is thrilled until they are reminded that the annual Sadie Hawkins Day Race can only take place in Dogpatch because marriage can only occur between a young woman and the boy she catches on Sadie Hawkins Day. Other notable town residents include Marryin’ Sam, Moonbeam McSwine, Senator Jack S. Phogbound, Earthquake McGoon, Stupafyin’ Jones and my favorite the Confederate General Jubilation T. Cornpone of Cornpone’s Retreat, Disaster, Stupidity and Hoomiliation. Cornpone history is brought to life by the inimitable Warren Schein. Brian Kalinowsky shyly expresses L’il Abner hopes for the future in “If I Had My Druthers.” He’d stay exactly the same. He and the irresistible Tara Moran’s Daisy Mae sing “Namely You,” the Dogpatch version of a romantic love song. She scores again in “Past My Prime,” expressing her qualms about still being unmarried at the ripe age of 17.

The great pity is that Al Capp never lived long enough to apply his philosophical cutting satire to our POTUS. Capp would have put everyone else to shame.

Ricky Ricky’s Broadway is taking a three-month vacation, but he and his company will be back in January. Check Theaterpizzazz.com for when and what. Where –  is always Don’t Tell Mama. 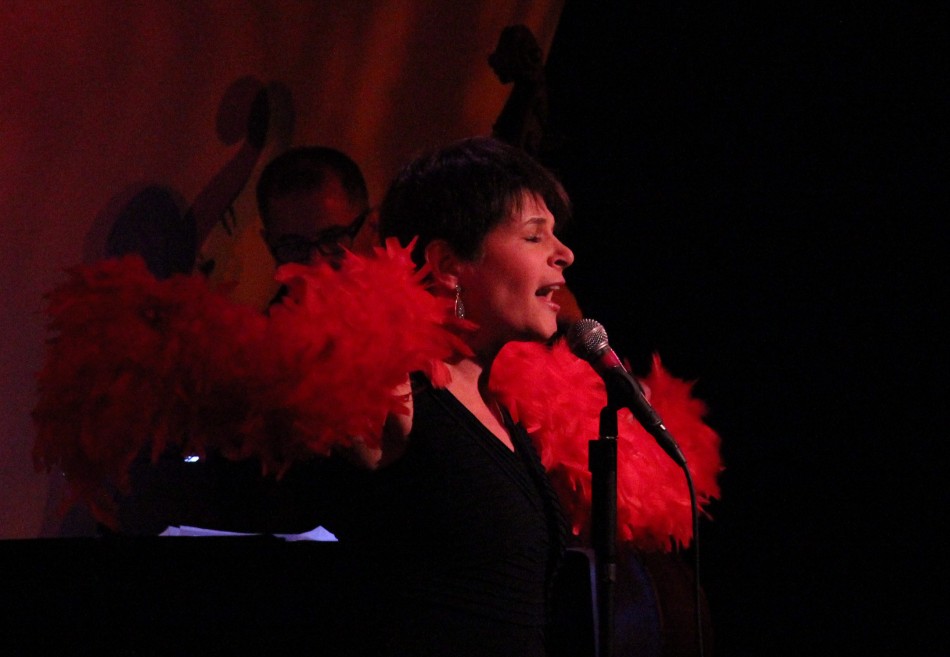 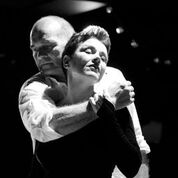