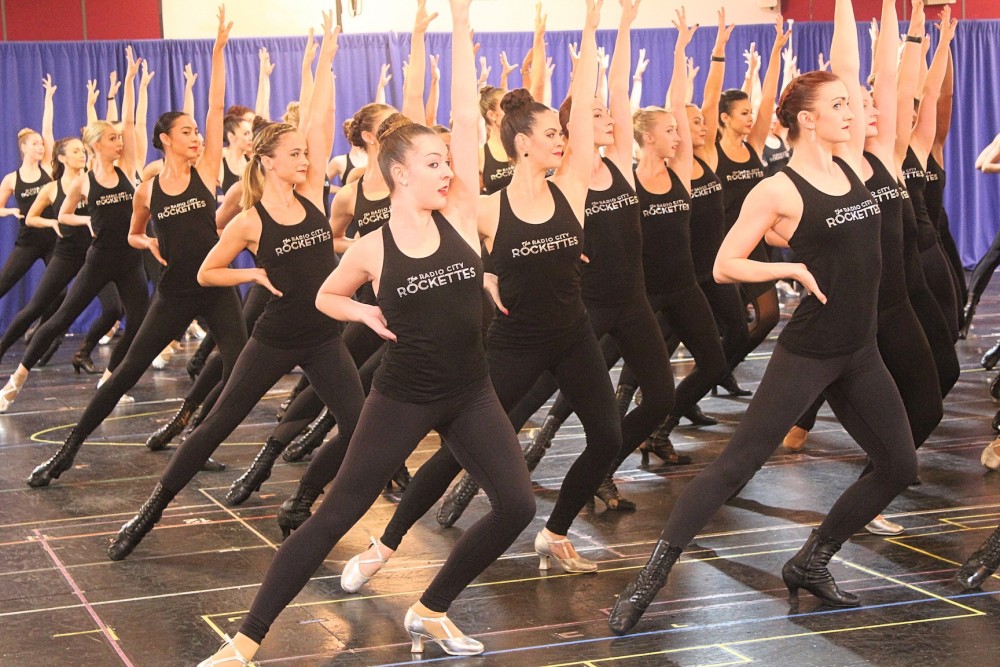 The Radio City Rockettes rehearsed their iconic Christmas Spectacular this past Thursday for the press. The Rockettes dance company was founded in 1925 in Saint Louis, Missouri, and since 1932 they have been performing at Radio Music City Hall. The classic Christmas Spectacular originated in 1933, and still delights audiences of all ages every winter season. The show will be presented at Radio City Music Hall from November 10-January 1. Some of the rehearsal numbers included high-energy tap number “The Twelve Days of Christmas,” followed by the kick line from the fan-favorite number “New York at Christmas.” www.rockettes.com/Christmas and at the Radio City box office.