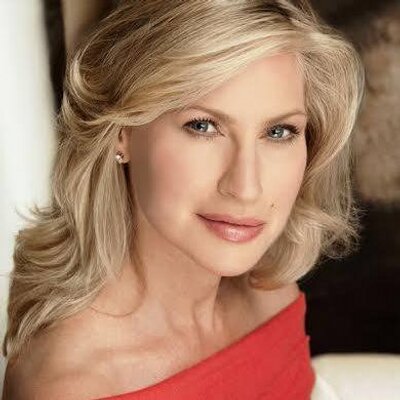 I Am Woman: A Concert for Female Empowerment – Friday, May 1 at 6:30pm

It’s time for us to roar into 2020! I Am Woman is an evening of story and song that destroys the “taboo” surrounding the discussion of women’s issues. Join some of your favorite females of Broadway as they come together to share their feelings not just as women, but as human beings. The evening features music by Pink, Whitney Houston, Sara Bareilles, Carole King, and many more. From sexuality to spirituality, from health to harassment, no subject is off-limits.

Drew Gasparini returns to his beloved Feinstein’s/54 Below to share It’s Kind of a Funny Story, a musical about the simpler things in life: anxiety, depression, and possible insanity. When Craig Gilner, a sixteen-year old piece of social wallpaper, attempts and fails to jump off the Brooklyn Bridge, he admits himself into a mental hospital. Far from the squeezing scrutiny of family, friends, social media, and growing up, Craig is able to face his fears with the help of the unlikeliest people on earth and learns the answer to the question, “If everyone is crazy, is anyone crazy?”

Last year, Award-winning Broadway and recording artist, star of Girl From the North Country, Chicago, How To Succeed…, Luba Mason created a brand-new show titled Luba Mason 5’ 10”, which she brought to Feinstein’s/54 Below in December.  Engaging you with personal stories and an inside peek into her 30 year career, Luba takes you through the days of starting as a graduate from NYU’s Tisch School of the Arts and climbing her way up to working with Tommy Tune (The Will Rogers Follies), Paul Simon (The Capeman), Frank Wildhorn (Jekyll & Hyde), and Des McAnuff (How To Succeed…). You will hear songs from Chicago, Dreamgirls, 42nd St, and many others as you’re hypnotized by her 3-octave range that thrills, soothes, and knocks you off your feet! Accompanied by the unmatched skill of Billy Stritch at the piano, this intimate evening is a rare treat that shares the highs and lows of surviving in show business and ones love of music and the theater and living her dream.

The Wedding Singer Reunion Concert – Monday, May 11 at 6:30pm
We’re gonna party like it’s 1985… again! Join original cast members of the 2006 Tony Award-nominated Best Musical The Wedding Singer for a once-in-a-lifetime reunion! From “It’s Your Wedding Day” to “Let Me Come Home” to “Saturday Night In The City,” enjoy one of your favorite contemporary Broadway scores live. Join us to celebrate scrunchies and parachute pants, jersey high bangs and acid-washed jeans, to the music of Matt Sklar and Chad Beguelin…with a few songs that never made it to opening night!

NEW MUSICAL: The Year of Living Dangerously – Tuesday, May 12 at 6:30pm

In 1982, the novel of The Year Of Living Dangeously became a major motion picture starring Mel Gibson, Sigourney Weaver and Linda Hunt.  Now as political turmoil rages across the developing world, the story comes to soaring new life on the musical stage. Join us for a concert presentation of the thrilling new musical, The Year Of Living Dangeously, written by Thomas Tierney (Eleanor: An American Love Story, Narnia), and Jeffrey Haddow (Sense & Sensibility, Scrambled Feet, winner of BMI Harrington Award for Creative Excellence). The show is a reminder that love, relationships, and passion are still felt in turbulent political times.

Jakarta, Indonesia, 1965.  A nation on the verge of violent revolution.  Against this turbulent backdrop, three vivid characters get caught up in a strange and consequential love triangle: Guy Hamilton, a reporter freshly-arrived from Sydney with a taste for danger, a ton of ambition, and a nose for news; Jill Bryant, an intensely bright, attractive attaché at the British Embassy, wary of relationships, but yearning for home and family; and Billy Kwan, a diminutive Australian-Chinese photojournalist with a passionate need to remake the world in the image of his ideals.  As the political tension builds to a boil, the lives of these three characters become increasingly intertwined, leading to an explosive ending rife with tragedy, danger and romance. This broadcast is dedicated to John Todd, who directed this concert at Feinstein’s/54 Below and recently lost his battle with cancer. Featuring Scarlett Strallen (Mary Poppins, A Gentleman’s Guide to Love and Murder) as Jill, Eric Badique (Mary Poppins, Thoroughly Modern Millie, Starlight Express) as Kumar, Simon Jones (Blithe Spirit, Miracle on 34th Street) as Col. Henderson, Kevin Earley (Thoroughly Modern Millie, Les Misérables) as Guy Hamilton, Josephine K Cho (A Little Night Music, Once on this Island) as Ibu, Marc delaCruz (If/Then, Pacific Overtures, Yankee Doodle Dandy) as Billy, Janine Divita (Grease, Anything Goes, The Mystery of Edwin Drood), Jim Stanek (Fun Home, A Funny Thing Happened on the Way to the Forum) as Pete, Richard R. Henry (Guys and Dolls, Newsies, 1776) as Wally, Cathy Ang (KPOP, RIOT Antigone) as Chorus/Streetwalker.

Orfeh and Andy Karl make their return to Feinstein’s/54 Below with an encore of their previously sold out show! She has a “powerhouse voice” (The New York Times). He is “a theater world heartthrob” (The New York Times). Together, Orfeh and Andy Karl have had an impressively long run as one of Broadway’s best couples. Although they met while doing the Broadway production of Saturday Night Fever, their irrepressible chemistry became the stuff of legend when they co-starred in Legally Blonde, which garnered Orfeh a Tony® nomination. Karl earned his own Tony® nods for Rocky, On the Twentieth Century, and Groundhog Day (for which he received an Olivier Award). Fresh off their run in Pretty Woman as Kit De Luca and Edward Lewis, Broadway’s power couple celebrates the release of their new album with a return engagement of their hit show Legally Bound. The sexy, funny, and enormously talented duo tear through an eclectic mix of pop, rock, rhythm and blues, and showtunes that is sure to excite and delight! Orfeh and Andy will be joined by musical director Steven Jamail and their band for an unforgettable evening of chart-toppers, show-stoppers, and high belting. Directed by Charles Randolph-Wright. 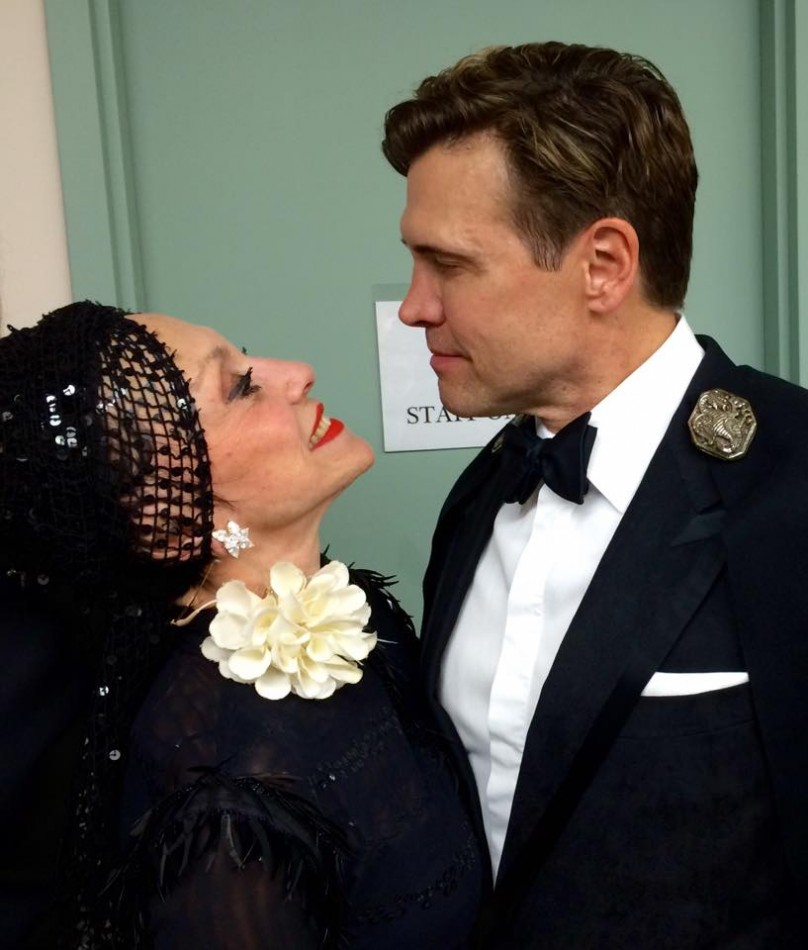 Are you a self-proclaimed Directioner? Are you still hoping that our favorite British boys are just ‘on a break’? Then, baby, this concert is perfect for you! Starting with Up All Night and heading through Made in the A.M., we’ll be putting our spin on our favorite songs, including “What Makes You Beautiful,” “Story of My Life,” “Drag Me Down,” and “Little Things.” We may also throw a “Slow Hands” or “Just Hold On” for good measure. Join us to celebrate the song stylings of Harry, Liam, Niall, Louis, and…Zayn. So, let’s “Live While We’re Young” and dance with “No Control.” Who knows, while digging through their “History,” you may discover “The Best Song Ever!” Featuring Nicholas Barasch (She Loves Me), Tommy Bracco (Pretty Woman, Newsies), Linedy Genao (On Your Feet!), Damon J. Gillespie (NBC’s “RISE,” Newsies), Morgan Keene (Newsies), Katie LaMark (RENT), Charlotte Maltby (The Sound of Music), Jennafer Newberry (Freaky Friday), Larry Owens (A Strange Loop), Christopher Rice (The Book of Mormon), Andy Richardson (Newsies, Kinky Boots), Colton Ryan (Dear Evan Hansen), Michael Ryan (Newsies), Laurie Veldheer (Newsies, Into the Woods), Remy Zaken (Dear Evan Hansen, Spring Awakening).  Musical Direction by Ben Caplan, produced by Jen Sandler.

Every year new faces join the Broadway community. Whether it took them 8 auditions or were picked out from a national casting call, getting that magical phone call is something they will never forget. From Bikini Bottom to Bet Hatikva, with Arendelle, North Shore High, and everywhere else in between, join us at Feinstein’s/54 Below, as we celebrate the amazing and landmark 2017-2018 season of Broadway debuts! Featuring Jelani Alladin (Frozen), Colin Anderson (Carousel), DeMarius R. Copes (Mean Girls), Hailey Kilgore (Once On This Island), Jenny Laroche (Summer: The Donna Summer Musical), Cheech Manohar (Mean Girls), Kate Marilley (My Fair Lady), Mike Millan (Escape to Margaritaville), Brian Ray Norris (SpongeBob SquarePants), Isaac Powell (Once On This Island), Rachel Prather (The Band’s Visit), Ayla Schwartz (Frozen), Abby C. Smith (SpongeBob SquarePants), and Ari’el Stachel (Tony Award The Band’s Visit). Musical Direction by Ben Caplan, produced by Jen Sandler.

Streamed performances will be available on the Feinstein’s/54 Below YouTube channel.  Fans are encouraged to subscribe to the channel to receive updates and schedule changes.