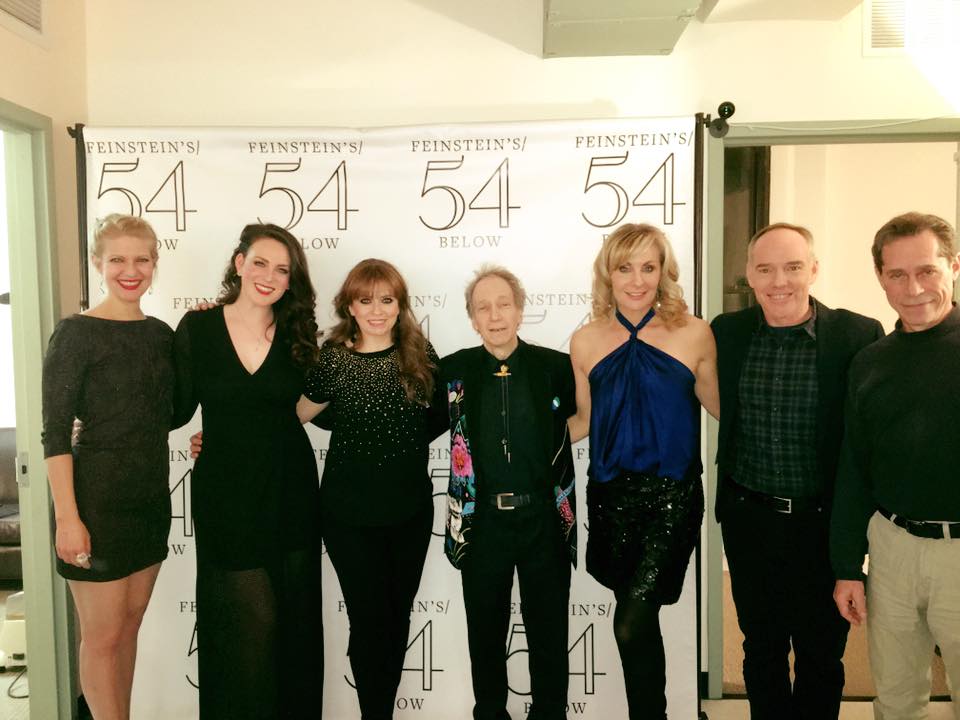 Clearly, there are a bunch of New Yorkers who miss the Broadway megahit “Mamma Mia!” Plus, the Big Apple houses many fans of ABBA, the Swedish supergroup whose songs formed the basis for that musical, and whose music remains superpopular three decades after their heyday. Those folks all came together at Feinstein’s/54 Below for “54 Sings Abba,” a highly enjoyable evening produced, directed, and narrated by Scott Siegel.

Intriguingly, while Siegel assembled six very fine singers, all of the numbers presented were solos (which was a slightly odd choice for a group known for its harmony). Naturally, it was a pleasure to hear the great Judy McLane, who performed in the Broadway company of “Mamma Mia!” for over a decade (as both leading lady Donna and supporting character Tanya); she brought the crowd to its feet with her bold rendition of the stirring “The Winner Takes It All,” and offered a strongly felt version of “Mamma Mia!”

Cabaret favorite Maxine Linehan, a longtime ABBA fan, was nothing short of fabulous on the infectious “Dancing Queen,” and brought unbelievable pathos to the love ballad “The Name of the Game.” But her most shining moment was when Siegel had her sing “Anthem,” the killer number that ABBA co-founders Benny Ulveas and Bjorn Andersson co-wrote with lyricist Tim Rice for the musical “Chess.” I’ve rarely heard it performed better – and never by a woman!

Statuesque Australian chanteuse Philippa Lynes, another self-professed ABBA fanatic, was absolutely perfect on the seductive “Voulez-Vous” and decidedly charming on “Thank You for the Music.” (She did what she could with the lesser-known “Angel Eyes,” not one of the group’s finer efforts). And the lovely Jen Malenke brought comic verve to “Take a Chance on Me” and “Fernando.”

Both men on hand, Michael Winther and Patrick Boll, are veterans of the Broadway show and spoke movingly of how much they enjoyed that experience. Winther, long one of my favorite vocalists, did poetic justice to both “Knowing Me, Knowing You,” and “Our Last Summer,” while Boll handled “SOS” and the basically unknown “I’m Going to Sing You My Lovesong” with aplomb.

Finally, anyone who has seen even one of Siegel’s many shows at Town Hall knows he’s a wealth of trivia and factoids. While he was clearly on less firm ground than with his “Broadway by the Year” series, he still delivered the goods. Who knows, he may be making a trip to the ABBA museum in Stockholm (yes, there is one) any day now.