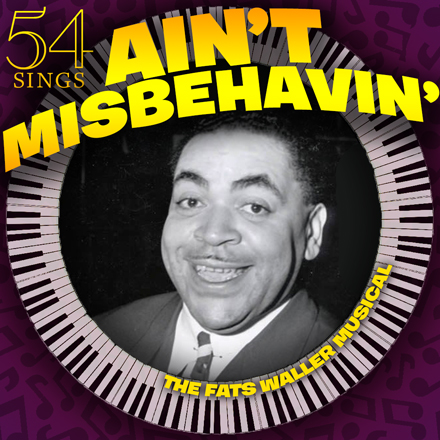 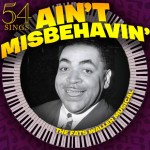 New York’s preeminent cabaret venue, 54 Below not only features top-of-the-line artists, but also “54 Sings,” a series of concert versions of Broadway shows. The most recent was 54 Sings Ain’t Misbehavin’ the 1978 hit revue. Previous 54 Sings shows utilized a narrator, an original cast member or two when available and revealed lots of tidbits about the making of the show. Ain’t Misbehavin,’ however, was performed as a straightforward concert by a cast of game, but slightly under-rehearsed singers.

It was great to hear all the numbers written by or associated with Fats Waller. The cast sang with enthusiasm but there was a feeling that they didn’t have quite enough preparation—some lyrics were missed and some notes not quite achieved. They tended to resort to mugging rather than find their own ways into the songs. Their innate and obvious talents and appreciation for the material carried them through, nonetheless.

Guest, Tony winner Adriane Lenox had a good time with “I’ve Got a Feeling I’m Falling,” giving it just a hint of Diana Ross. J. Bernard Calloway has a great voice, but his duet with Aisha de Haas, “Honeysuckle Rose,” was more bombastic than flirtatious. However, his “Your Feet’s too Big,” was wonderfully sarcastic and large.

Kimberly Marable, Nikki Stephenson and Ms. de Haas understood the la-di-da, winking humor of “Lounging at the Waldorf” while Ms. de Haas’s “Cash for Your Trash” caught the feeling of this World War Two vintage call to citizens to help war efforts. Nicolette Robinson turned “Keepin’ Out of Mischief Now” into a sweet love letter. “The Joint is Jumpin’” was a quartet sung by three of the ladies along with Melvin Abston. They were also joined by two Swing dancers who somehow found a few square feet in which to jive amidst the tightly situated tables.

Mr. Abston sang “The Viper’s Drag” (written with Stuff Smith) squeezing every single not-so-hidden reference to marijuana out of the lyrics. His simulated high was quite sweet.

The best number was “Black and Blue” (written with Harry Brock) in which five of the singers, in close harmony, caught the heartbreaking despair of this song.

The small band was led by Kenneth Green who was totally in synch with the performers. Unfortunately, the other band members, who played with professional skill, looked uncomfortable on the stage, staring down at the floor, never seeming to enjoy the singers. They shall remain nameless.

Check out the 54 Below website for upcoming 54 Sings events.