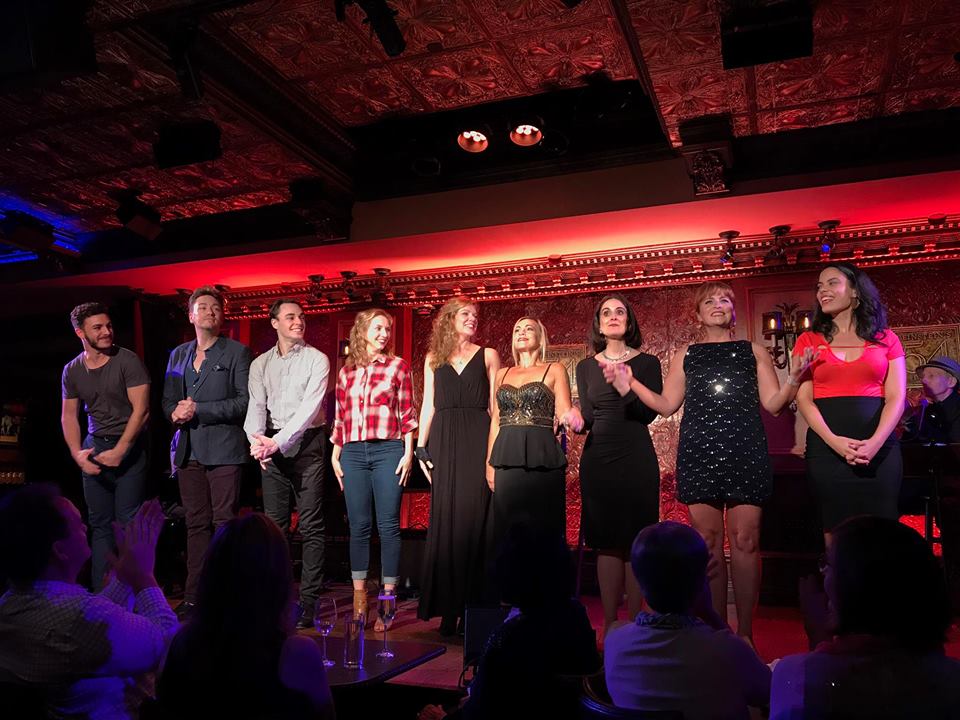 As we all know, the late, great Irving Berlin once wrote, “There’s no business like show business.” While it may be  argued that no one knows that statement better than him, there’s certainly no doubt Scott Siegel comes in a close second. Armed with an opulence of Broadway knowledge and backstage history, the indefatigable man-about-town continually demonstrates mastery of his material, by producing a wide variety of concerts and showcases that sum up the best the community has to offer.

One such concert, 54 Sings Broadway’s Greatest Hits, performed monthly at the intimate Feinstein’s/54 Below, does that, mixing and melding the classic with the contemporary and the silly with the sublime to result in one spectacular celebration of what makes the Great White Way so gosh-darn great in the first place. And in boasting presentations of both the oldest and the newest numbers in the history of the series, the record-breaking 19th edition of the series gave the regular “Siegel-goer” a little extra reason to rejoice.

Fresh off her solo evening spent jammin’ to the tunes of U2, Irish darling Maxine Linehan did a complete 360, kicking off the evening with a luscious “Sound of Music,” properly prepping the audience for the tuneful celebration to come.

Accompanied by the fabulous Ryan Shirar, whose fingers glided elegantly across the keys throughout, a myriad of Broadway’s brightest followed suit. Among the standouts were Pepe Nufrio, the former rising star who skyrockets to new heights with each new public appearance; Brian Charles Rooney, displaying an impressive four octave range that would make Julie Andrews blush (“Don’t try to hit those notes without consulting a personal trainer,” Seigel advises us), and Jeanine Bruen, who crooned the series’ aforementioned oldest number, “Can’t Help Lovin’ that Man,” from 1927’s Showboat to heartwarming effect.

Another unique element in the way the concert was structured was that it allowed for each performer to exhibit extraordinary diversity and range. The difference in their two selections was as contrasting as night and day, not only allowing them to showcase a top-notch ability to channel emotions across the spectrum, but also allowing the evening to possess a greater variety of selections, emphasizing the differences (and similarities) in musical theatre from then ’til now.

Case in point: Stephanie D’Abruzzo, late of Avenue Q, who first turned a My Fair Lady standard on its head, dashed the lovestruck ingenue for a washed-up 40-something wasting her life away (“We’ll drink to that!”), cozying up to the piano with that Company classic, while Jillian Louis took the contemporary route and served up a soaring rendition of Waitress showstopper, “She Used to Be Mine” (her first public performance of the number!!), before returning with her guffaw-inducing take on Sondheim’s “The Boy From…” , accents and all!!

And what would expect from parody queen Jenny Lee Stern (Spamilton) than to go full ham?! Not one to disappoint, she gave us a ROFL modernization of “Adelaide’s Lament,” complete with a WebMD analysis of her symptoms amid a slew of topical jokes, but then exposed her serious side with the somber and spine-tingling “As Long As He Needs Me,” a song that moves us in all the right ways, despite foreshadowing in all the wrong ones (Says Siegel, with a laugh: “The song lives on, even if its singer doesn’t.”)

Of course, this being Broadway, the evening was not devoid of a dash of razzle dazzle. Despite defiantly declaring, “I don’t want to show off,” gypsy Joshua Israel blew us all away with an elaborate tap routine that cheekily proved the contrary (but again, that’s the point of the number and hey… we’re not complaining. He’s terrif!!)

It all came full circle in the end, when the rich, resounding voice that opened the show, provided its closer: a haunting, hopeful “What I Did for Love” that hit all the right notes and left the audience inspired and invigorated to follow their passions.

Won’t forget, can’t regret attending Siegel’s spectacular showcase, and we bet after just five minutes under the spell of this impressive assemblage of all-stars, neither will you.

54 Sings Broadway’s Greatest Hits was presented at Feinstein’s/54 Below (254 W. 54th Street) on September 16th. The Scott Siegel-produced showcase will return to the venue October 14th and November 17th. See www.siegelpresents.com or www.54below.com for further details.