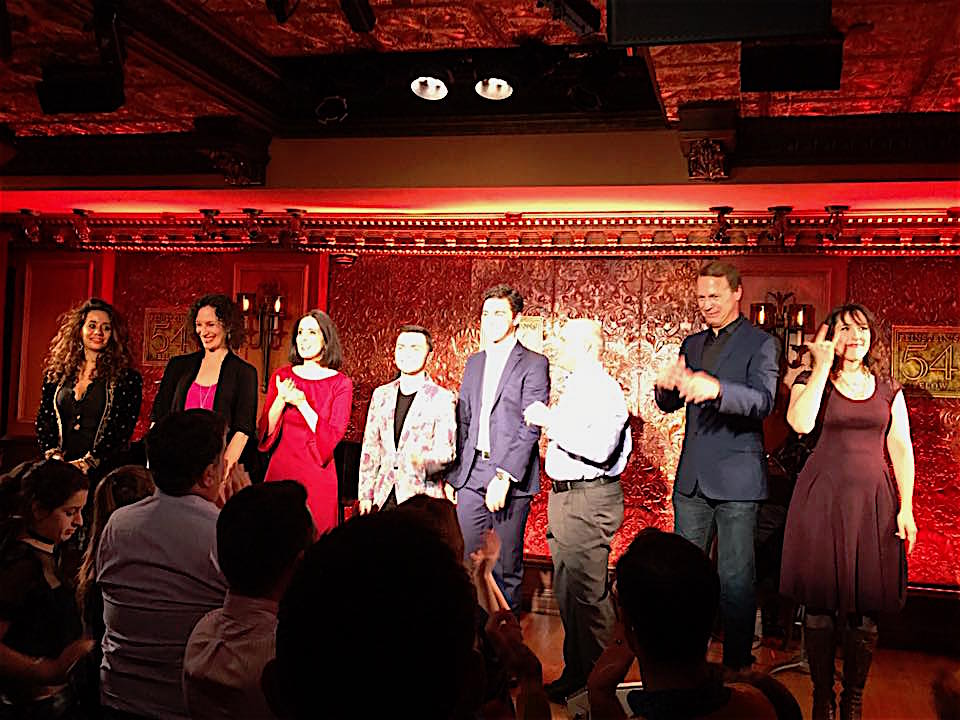 “Can I just say, Scott and Barbara Siegel, thank you so much for letting us do this?” says character actor Eddie Korbich, upon arriving onstage and launching into his set. “It’s just great. You let us do stuff that nobody else would let us do.”

While there’s no exact confirmation to the validity of Korbich’s statement — it’s certainly true that those in attendance at Scott Siegel’s Broadway’s Greatest Hits Vol. 8 — performed last Saturday at Feinstein’s/54 Below — were in for an unforgettable, perhaps once-in-a-lifetime treat, as Siegel assembled the best of the best Broadway alums to perform a selection of the groundbreaking showstoppers you know and love from shows new, old, and in-between — and even some of the lesser-known staples from shows that have flopped, or stars that have yet to get their big break. All in all, an incredible evening out — Scott Siegel has done it again!

With Ryan Shirar on piano as musical director, the evening kicked off with a bang, with Farah Alvin (Fame, Nine) delivering the quintessential greatest hit if there ever was one: Funny Girl’s “Don’t Rain on My Parade” — which Siegel quipped was fitting, considering it began to downpour as the last few audience members trickled in from the outside. A slew of equally fantastic performances followed, including the tongue-twisting “Getting Married Today” (effortlessly delivered by Avenue Q’s Stephanie D’Abruzzo), the cheery and uplifting “I Can’t Be Bothered Now,” (which, to this theatre buff’s delight, included a full-out tap dance break, performed by Dames at Sea standout Ian Knauer), and “Not Your Grandma’s Matchmaker,” a completely unique take on the Fiddler favorite, performed entirely as a tap number (because, as Siegel says “no show devoted to the great music of Broadway is complete without at least one, full-on tap number,” by the incomparable Michela Marino Lerman, a current faculty member within Broadway Dance Center, who more than fills the quotient with her unmatched (see what I did there? Ha!) performance (No, seriously… the end of the number left me speechless).

Equally praiseworthy was Pepe Nufrio’s performance of Ragtime’s “Make Them Hear You.” One of the acclaimed performers as Broadway’s Rising Stars, it’s safe to say the golden-voiced AMDA graduate got his message across — we definitely heard him, and I, for one, can’t wait to hear him again soon. (To that end, as Nufrio left the stage, Siegel advises, “Remember that name.”) And of course, I’d be remiss to not mention D’Abruzzo’s second offering of the evening, everyone’s favorite Les Miz ballad, “I Dreamed A Dream,” which, sung with passion and power, also left me without words at its conclusion (I’m a sucker… it gets me every time!!!)

Having been to my fair share of Scott Siegel’s brilliant Broadway variety shows, I knew going in that one of the most exciting elements of the evening is the “backstage stories” the performers tell about their time in a particular show. As a diehard musical theatre buff, and a budding Broadway insider, it’s a great way for me to feel connected with the performers on a deeper level — especially, too, if I know the performer and the show to which they’re referring within their stories. So, naturally when Korbich took the stage to perform his Little Mermaid showstopper, “Positoovity,” and recalled an instance wherein he was forced to perform the number during tech rehearsals, having indulged in copious amounts of Indian food just hours before… it had me in stitches!! (It didn’t hurt that he said, wryly, “You know where this is going,” as the details of the story unfolded). I also giggled when Alvin mouthed “Cover your ears” to a young patron on her father’s lap before deadpanning the lyric, “I’m tired of being your bitch.”

But while the evening was mostly fun and games, in light of recent events, it was brilliantly capped off with a song of hope — which we all know we could use right now — that iconic Annie anthem of looking toward to a brighter day, “Tomorrow,” sung with flair and panache, once again by Alvin.

A great ending to a greater evening — proving you can’t get any better than Broadway… especially when the best of the best are singing Broadway’s greatest hits!!