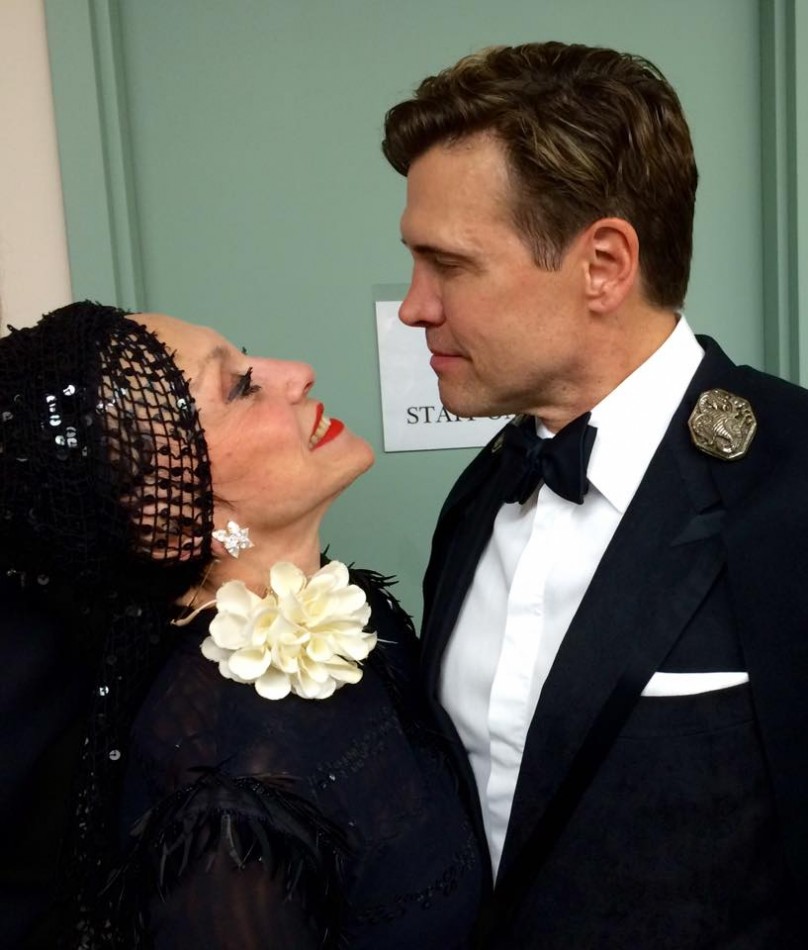 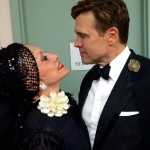 “Grand Hotel,” the Luther Davis/Robert Wright/George Forrest/Maury Yeston musical, is a big, bold whopper of a show, featuring complex, intersecting stories (taking place in a posh Berlin hotel) and a very large cast. Translating such a show from a huge Broadway stage to a compact cabaret room is no small task, and original cast member, writer-director Walter Willison, performed this Herculean feat with stunning success.

Willison also played host and narrator, and performed the role of Dr. Otternschlang, the damaged, morphine-addicted World War I veteran (Willison’s song, “I Waltz Alone,” solidly evoked a trance-like drug-induced reverie). Willison’s choices in eliminating some cast and musical numbers kept the action well-paced and clear, while his concise connecting narrative sacrificed nothing in telling the story.

All twenty cast members were introduced in the opening number “The Grand Parade/Some Have, Some Have Not/As It Should Be,” with what was to become the hallmark of the evening: making use of all the space in the room, from the aisles to the bar area. This stratagem not only added interest to the staging, but was a solid way to handle moving a lot of cast around the limited space. Another element in this motif was the periodic appearance of ballroom dancers Michael Choi (as The Gigolo) and Erin Marie (as The Countess), who wafted in and out of the room with evocative poetic grace.

The unabashed star of the evening was original cast member, Tony winner Liliane Montevecchi, gloriously svelte and in fine voice, reprising the fading ballerina, Elizaveta Grushinskaya. One couldn’t help but hang on her every word, especially the delicious way she announced she was “76 years and (pause) 76 months old.” Her duet, with Brent Barrett as the dodgy Baron Felix Von Gaigern, “Love Can’t Happen,“ brought the house down, as did Montevecchi’s solo, “Bonjour Amour.” Karen Akers reprising as the ballerina’s assistant, Rafaella Ortannio, was ravishing and haunting with “Twenty Two Years,” “What You Need,” and “How Can I Tell Her?”

Also from the original cast was Chip Zien as Otto Kringelein, a fatally ill Jewish bookkeeper, poignantly singing “Table With a View” and later, with Faemmchen (Meg Tolin Piper), “Who Couldn’t Dance With You?” Piper, as a typist with Hollywood aspirations, also sang a convincing “I Want To Go To Hollywood.” Tim Jerome reprised businessman gone bad, Hermann Preysing, singing “Everybody’s Doing It” and “The Crooked Path” with perfect cynicism.

The two Jimmies, black American entertainers, David White and David Jackson (original cast) sang “Maybe My Baby Loves Me,” and were also featured in the “production number,“ “We’ll Take a Glass Together,” which also showcased Zien and Barrett. Additionally, Hal Robinson reprised his role as attorney Herr Zinnowitz, as did Ben George as the gangster posing as The Chauffeur, and Ken Jennings as Georg Strunk. Other cast members included Joshua Dixon (as Erik), Penny Worth (as Mme. Peepee),  Bill Coyne (as Werner Holst),  Nathan Meyer (as Gunther Gustafsson), Chelsie Nectow (as Wolffe Bratts), and Jackie Washam (as Sigfriede Holzhiem). Musical Director/pianist was Alex Rybeck, who played the lush score sumptuously. Ray Kilday on the double bass used a variety of expert bow and plucking techniques but was too often acoustically overshadowed.

For those reprising roles it seemed as if no time had passed whatever. These performances were as fresh and impassioned as they were 25 years ago. In total, each and every cast member shone, especially in the final scene: “As It Should Be / At the Grand Hotel / Some Have, Some Have Not / The Grand Parade.” A tremendous amount of work and preparation by many people (especially behind the scenes) went into this stunning success; all should feel very proud of it.