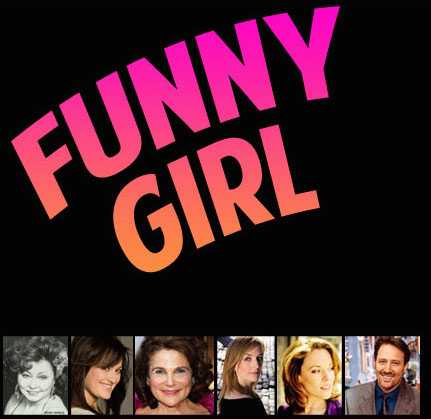 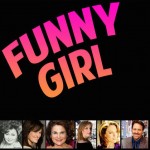 Those people who know my history know that I worked in Jule Styne’s production office for more than four years and this was when Styne was working on “Funny Girl” and several other projects.  I was there for the entire production, typing Bob Merrill’s new lyrics, typing the Step Outlines of the changes in scenes and where the song went in and where discarded, and went through the whole road process in Boston and Philadelphia.  There have been many books written about this production and the most recent “Hello, Gorgeous” is full of chronological errors.  Be that as it may, Phil Geoffrey Bond in his series of Broadway musicals assembled a very special evening to honor the 50th anniversary of the opening of “Funny Girl” on Broadway.  And Bond put together a wonderful company of Broadway and cabaret performers to perform the songs, including the amazing Mimi Hines who gave us the gift of her memories of the production.

Not every song from the Broadway score was sung, and there were ringers of three songs from the film, “I’d Rather Be Blue,” “Funny Girl,” and “My Man,” sung well, but none of Nicky Arnstein’s songs (“I Want To Be Seen With You,“ “You Are Woman”) were sung; although Tovah Feldshuh and John Tartaglia did a great version of “Who Taught Her Everything.”  The Musical Director was John McDaniel and he put together a great trio featuring Tom Hubbard on bass and Dan Gross on drums.  The evening began with the trio playing the entire Overture, one of the best overtures ever written for a Broadway show, and the audience applauded when they heard the melody of “People” creep into the overture, exactly as they did at opening night and every performance of “Funny Girl.”  The first number sung was “I’m the Greatest Star” and it was socked over by Katie Rose Clarke!  That was followed up by an exciting rendition of “Cornet Man” performed to a T by the great Natalie Douglas.  “Cornet Man” was the first song of the score written directly for Streisand’s voice.  Ashley Brown did an endearing “Who Are You Now.”

A special production number was “His Love Makes Me Beautiful” with the glorious tenor sung by Hunter Ryan Herdlicka in all its beauty. Then Donna Lynne Champlin came on stage with the pregnant bump and the duet between the two of them was a hysterically funny event!

Donna Vivino followed them with a spectacular “Don’t Rain on My Parade” holding the last note seemingly forever!  Vivino was followed by Hines whose voice has not diminished over the years.  She did, with all the gestures, “Private Schwartz from Rockaway.”  When Bond discussed Streisand’s contract negotiations with Ray Stark he was very detailed about what Streisand eventually received.  Hines got more that Streisand and the show continued to sell out for more than a year after Streisand left.  Of course, we heard Karen Mason gloriously sing a full version of  the show’s “People” lyrics, including the center section which was never recorded on the original cast album.  And Molly Pope did a tour de force with “Sadie Sadie Married Lady,” tearfully mourning the lyric “the groom was prettier than the bride!”

The penultimate moment was the return of Hines to tell more wonderful stories about Jule Styne, Bob Merrill and Isabel Lennart.  A special treat was Hines discussing all the great songs that were not used in the movie.  She described how only on the stage could the set up of the great torch song be done, with the coat on in the lead in, and dropping it so the slinky black dress appeared for “The Music That Makes Me Dance.”  Hines recreated that scene and was amazing, going for those high notes, wiping away any years, and the entire sold out house stood up and cheered!  She graciously called everyone back on stage and they took great bows.

Bond thanked Marc Sendroff for getting Hines there for the evening and announced the next one in the series will be “Applause” April 13  www.54Below.com