54 Sings We Will Rock You: The Music of Queen 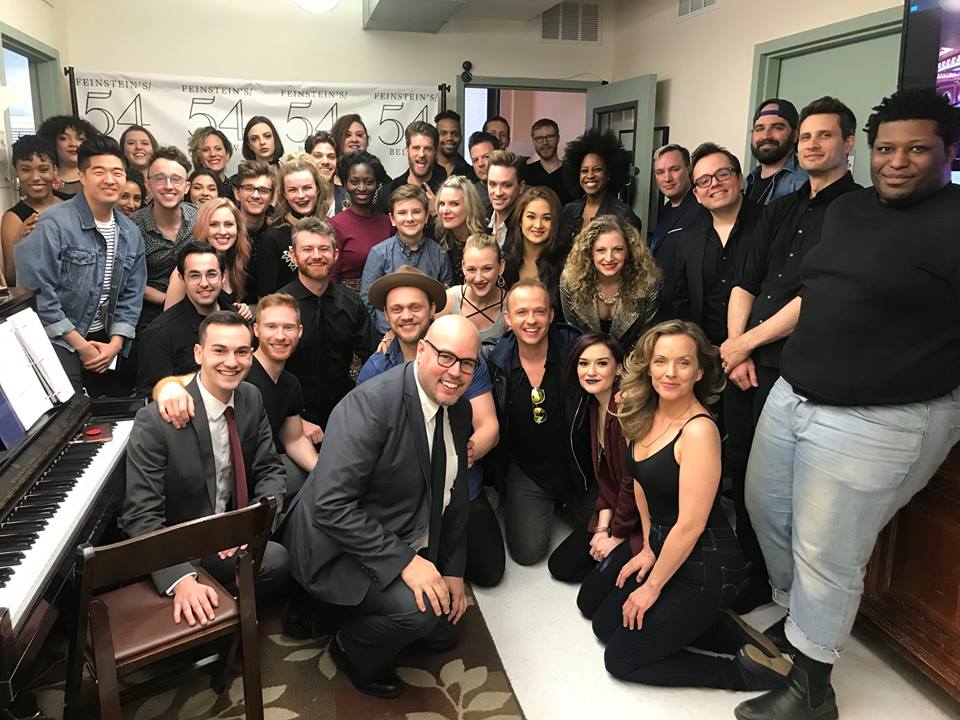 We Will Rock You Cast

Four decades after bursting onto the music scene, the British band Queen is definitely having an American renaissance. A number of their biggest hits, including “You’re My Best Friend,” can be heard on various TV commercials, the band (with vocalist Adam Lambert at the helm) recently concluded a very successful US tour, and a film centered around its late, great lead singer, Freddie Mercury, entitled “Bohemian Rhapsody” (named for its most famous song) is due in cinemas in November.

Still, one thing has eluded Queen: a successful Broadway jukebox musical. And that’s mostly because the one that has already been written, entitled “We Will Rock You,” has been deemed not ready for the Great White Way — despite having a 12-year run in England and various productions on six continents (including a lengthy stint in Las Vegas and a large US tour).

To remedy that situation, the “54 Sings” series at Feinstein’s/54 Below presented New Yorkers with an abbreviated version of the show on Sunday. Robbie Rozelle acted as narrator, giving us bits and pieces of Ben Elton’s completely ridiculous book about a futuristic society where all original music has banned, while a talented cast and five-piece band tackled 16 Queen tunes with gusto and verve.

Different vocalists took turns playing the show’s main roles (which include Galileo, Scaramouche and the Killer Queen), each giving their own distinctive spin to their selections. As might be expected, there were far more hits than misses, including Jonah Platt’s all-out rendition of “I Want to Break Free,” Lauren Molina’s passionate “Somebody to Love,” Jessica Hendy’s touching “These are the Days of Our Lives,”and Talia Suskauer’s stunning “No-One But You (Only the Good Die Young)”

Meanwhile, the fabulous (in every sense of the word) Brian Charles Rooney duetted brilliantly with Molina on the hypnotic “Under Pressure” (co-written by the late David Bowie) and led the crowd in a singalong of the very popular title song, which was followed by the great Marcy Harriell and the ensemble belting out the anthemic “We Are the Champions.”

For me, though, the two strongest performances belonged to Tony Award winner Alice Ripley, who dug deep into the megahit “Another One Bites the Bust,” and Kristy Cates, who delivered a super-intense version of the lesser-known “Play the Game.”

As is true of the actual musical, the evening ended with the crowd-pleasing “Bohemian Rhapsody,” here embodied by Marty Thomas, Carly Ozard, Julia Abueva and the ensemble. A masterpiece of four-part harmony, this iconic song is just one reason Queen still reigns supreme in the rock world in the 21stcentury.