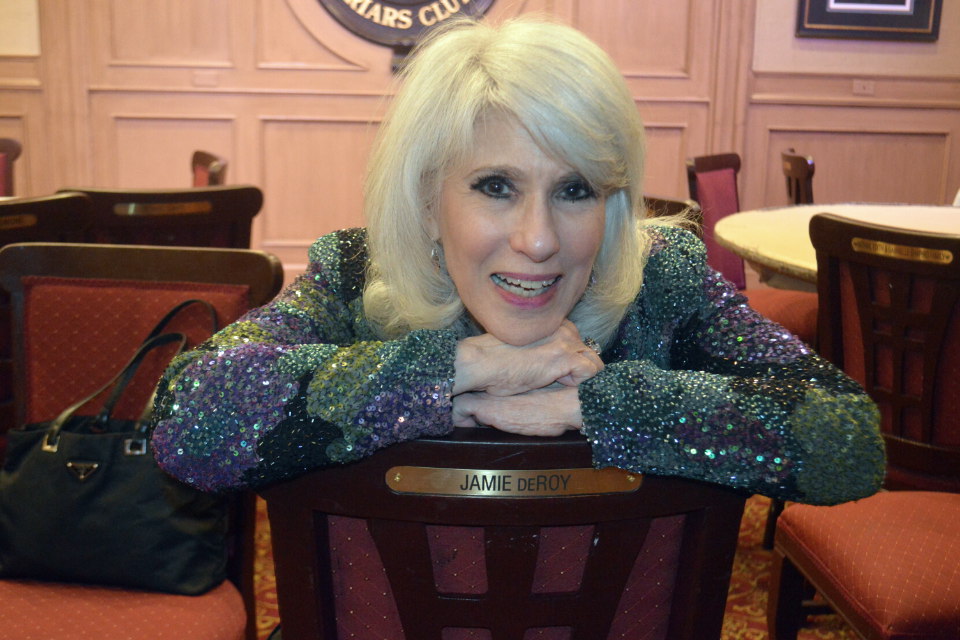 Jamie deRoy & friends cabaret series has been attracting New York audiences for 28-years. A three-time Tony® Award winner, Jamie has produced numerous Broadway and off-Broadway plays and musicals and she is a cabaret, stage, film and TV performer, recording artist and humanitarian in addition to her many contributions to the Friars Foundation, her acclaimed Actors Fund: Jamie deRoy & friends Cabaret Initiative assists those in the cabaret industry who have medical needs and concerns.