Against the backdrop of the Washington Heights riots of 1992, our cast of unhinged characters are found in a Church, not quite in-the-Heights site specific but close enough, in the well worn Church of The Center at West Park in A City of Refuge. Commemorating the bloody neighborhood conflict between the Dominican citizens and the Irish police, this play unfolds during the weekend of the riots, which were initially incited by the killing of Jose Garcia by NYPD officer Michael O’Keefe. The writer and director, Evan Cuyler-Louison, gives life back to this tragic moment (historically overshadowed by the Crown Heights and LA riots) by creating a fictional hot box where all the disparate characters that make up the ragged racism of the times are within spitting distance; a heroin addict, an Irish cop, his estranged wife, a Catholic “fallen” priest, a Dominican parishioner, and an orphan.

As we sit in pews and look at the illuminating stained glass window above the decrepit altar, Father Barrington (played with complexity by Luke Edward Smith) is busy packing up, because his Church has been deconsecrated, shut down, for reasons that are unclear at first. His lay leader, Kathleen Dougherty (played fervently by Yifa Edelstein), is nervous and clearly over protective of the Father who is exhibiting signs of an illness, perhaps TB, as he is coughing, limping and struggling with breath. In the first Act, there are a number of intruders who burst into the Church seeking refuge from the storm. First, a drifter creeps in (played with dark longing by Miah Kane) calling himself Exile. He is clearly looking for someone, paces the Church like he knows it, owns it, and is mystified that a holy place can become “unholy.” Through his bantering, we learn that this St Christopher Church has been known to take in stray orphans, and Father Barrington is “the last white man standing in this neighborhood, last one not riding in a blue and white…” .

Second, the Irish cop, Conor Foley (bravely played with an embodied venom by Gregg Prosser) is seeking to reconnect with his wife, Kathleen, who has put out a restraining order against him due to his alcoholism and violence. There is a rough and tumble tussle, harsh words and not even a trace of lost love from Kathleen, before he is thrown out. 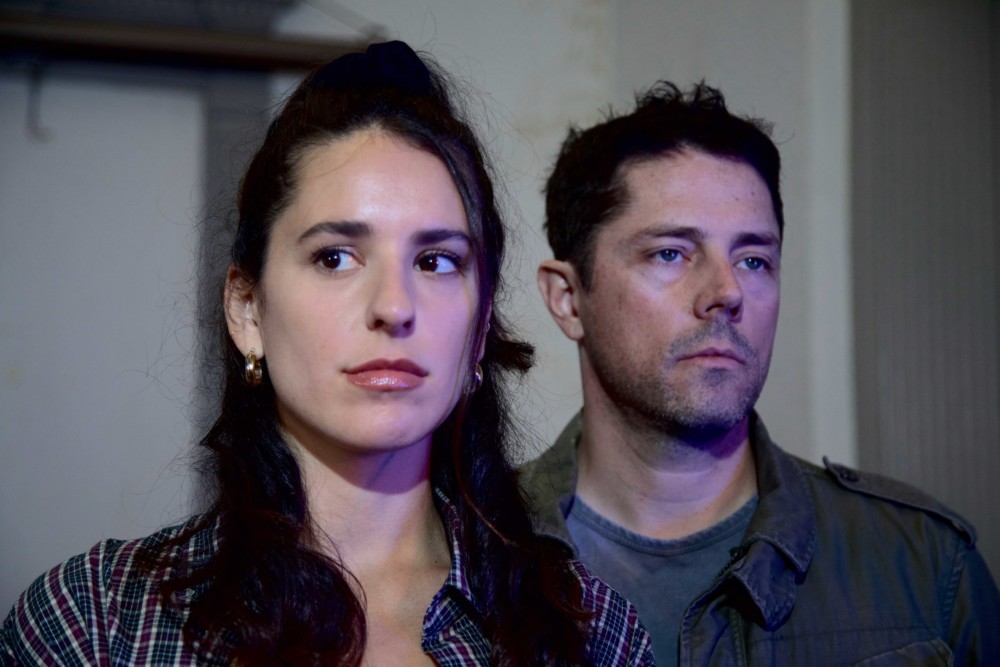 The third to stumble in is the Domincan parishioner, Octavio (played with pathos by Wilton Guzman who is the heartbeat of the play). He owns a market in the Heights, and is seeking guidance. His brother Victor is missing, involved in drugs, his wife and child have fled to her brother’s after Victor stole her jewelry, and he blames “Kiko” (Jose Garcia) for running at the wrong time and starting these riots. The chaos inside his family and outside his family is stirring, his angst dripping off him like sweat as he reveals his fears, “What if they burn the store. It’s my father’s store. It is all we got..”

The riots are effectively represented by actual footage on a large screen as well as a small TV, complete with hard faced newscasters, burning buildings, overturned cars, sirens screaming and mobs marching. As the media fades, the last character emerges from a hiding place within the Church, the stowaway Emma Keane (Hailey Marmolejo), who has been surreptitiously living in the Church. She creeps out of hiding and finds a drunken Father Barrington sipping from his flask. Alcohol has a leading role in this play, undermining every good intention, the salve for the defeated. As their dialogue unfolds, we realize that Emma was an orphan raised in this Church. She ran away, got involved with Exile, who is a heroin addict. She has fled from him in a pregnant state, seeking refuge back where she started, with The Father. There is a slow and horrific realization that these two, Emma and The Father, are sexually involved, and it becomes clear why the Church is closing. This priest is a sexual predator. The scene ends with them moving into each other’s arms, as another notch is scratched onto this human tragedy. 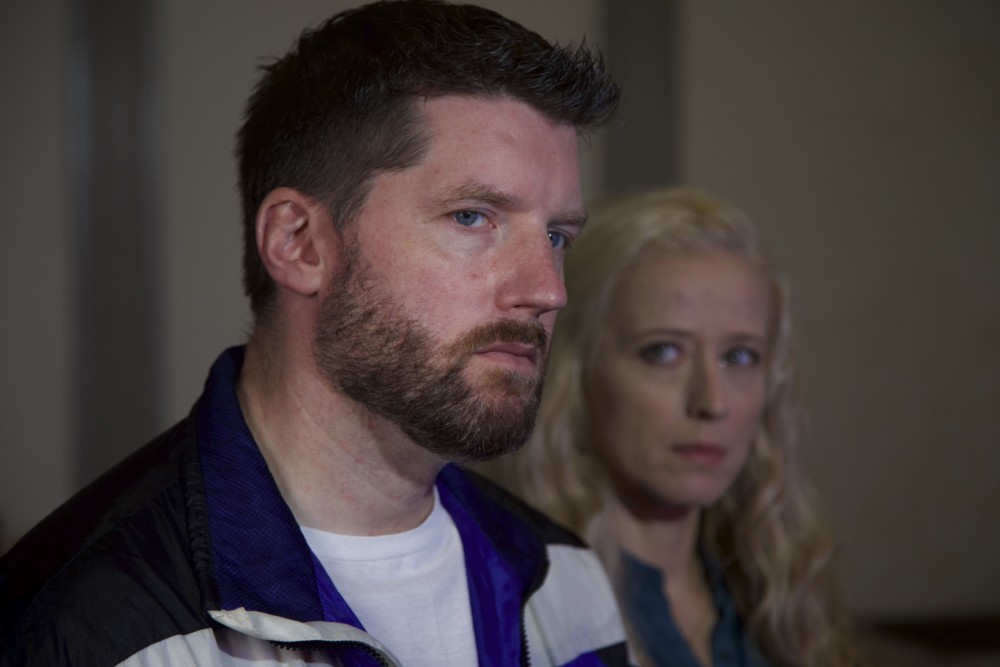 The second Act is extremely dramatic, almost melodramatic, with the riots coming to a head, (aided by the artful sound and projection design of Louis Friend) along with every relationship heretofore described. This will not be a spoiler, so go sit in that pew and take it all in and be reminded that what was then, is also now, and what we care for is fragile, and when it breaks where do we go for refuge? 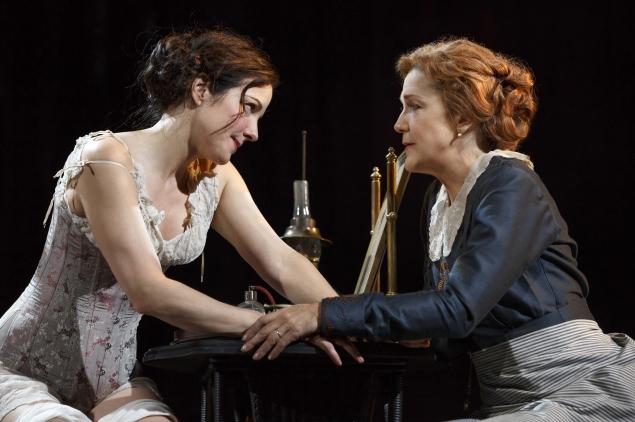 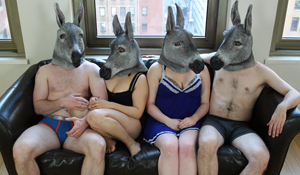 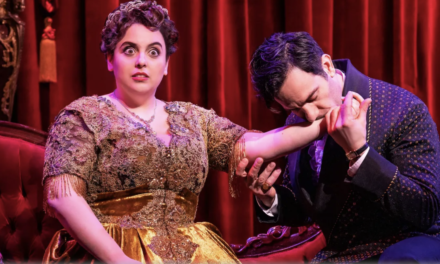 The Real Reason Why Funny Girl is a Failure