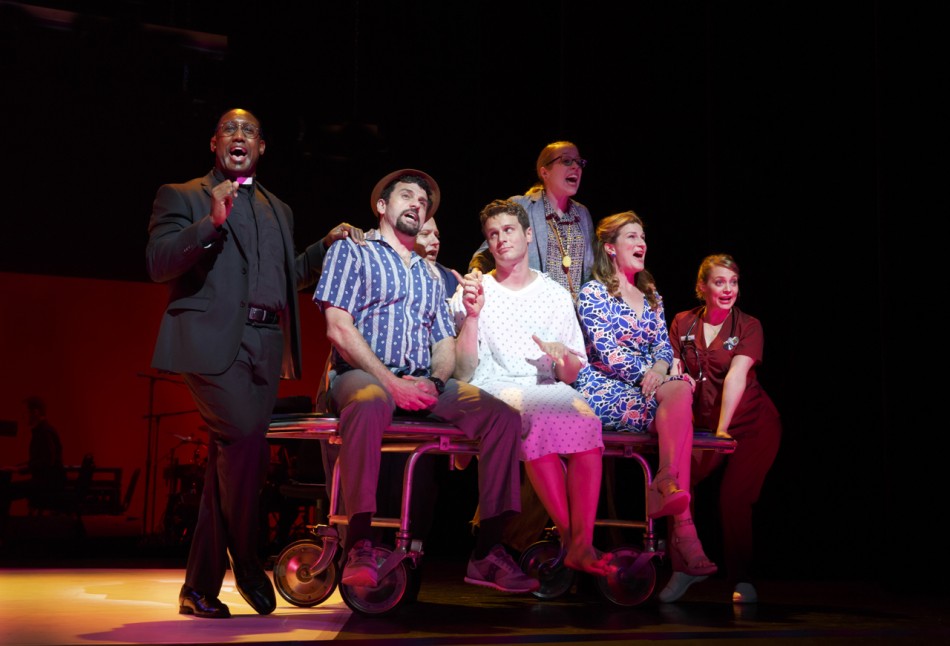 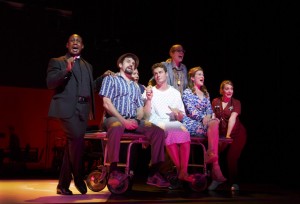 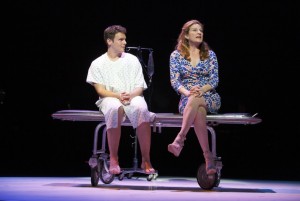 To some, A New Brain, William Finn’s autobiographically-based musical about his brief battle with a brain injury, will always seem like an odd, slightly self-indulgent curiosity. To others, myself included, the show is a moving testament to the power of love and hope, blessed with some of the most glorious and inventive music written for the theater in the past 20 years.  And I suspect whichever side you may be on, you will never see a more perfectly cast production than the one being presented by City Center Encores! Off-Center series, helmed with supple smoothness by James Lapine. (The show’s original Lincoln Center run was directed by Graciela Daniele.)*

Front and center, though often confined to a hospital bed for this 95-minute evening, is the invaluable Jonathan Groff, who serves up the ideal combination of charm and neuroses as self-doubting composer Gordon Michael Schwinn, whose life hangs in the balance after bleeding in his brain. Groff, a master of self-deprecation despite his All-American looks and demeanor, leaves no doubt why he inspires loyalty in (almost) everyone around him, notably his super-handsome, sailing-obsessed lover (the sublime Aaron Lazar) and his best friend Rhoda (a funny Alyse Alan Louis).

Above all, there is his somewhat embittered, slightly overbearing, yet fiercely protective mother, Mimi, portrayed magnificently by former “SNL” star Ana Gasteyer. This consummate performer captures every bit of pathos, neuroses, and humanity in her character, and  knocks her two big solos, “Throw It Out” and “The Music Still Plays On,” so far out of the proverbial ballpark they can’t be caught.

What makes Lapine’s production work so well is not just these stunning star turns, but the accomplished performances by every member of the 10-person cast. Tony Award winner Dan Fogler, in a welcome return to the stage, is hilarious as the nasty children’s show host, Mr. Bungee; Josh Lamoin is a hoot as the lascivious “nice” nurse Richard; Jenni Barber is dryly funny as “mean” nurse Nancy; Bradley Dean is delightfully hammy as Gordon’s surgeon, Dr. Berenstein; and Quentin Earl Darrington brings both gravitas and his powerhouse voice to the role of The Minister. And in what may be the show’s trickiest part, a homeless woman named Lisa—who can seem like a plot device/message-giver—Rema Webb is simply sensational, belting her songs to the rafters while adding just the right touch of realism to the role.

Music director Chris Fenwick, conductor/pianist Vadim Feichtner and a six-piece band make the music sound lush or full when needed, while bringing suitable sensitivity to such lovely tunes as “I’d Rather Be Sailing” and “Heart and Music.”

Yes, it may be summer, but when Gordon (and company) conclude the show with “I Feel So Much Spring,” one of Finn’s most life-affirming songs, most of us will want to rise up and shout Amen.

A New Brain continues at City Center (55th Street between 6th and 7th Avenues) through June 27. Visit www.NewYorkCityCenter.org for tickets.

Correction: The article originally stated that James Lapine directed the original Lincoln Center run of A New Brain. It was, in fact, Graciela Daniele. The information has been corrected. We regret the error. 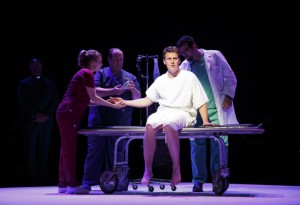 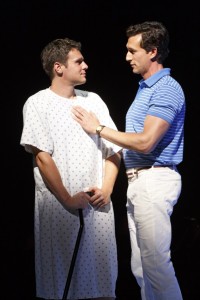 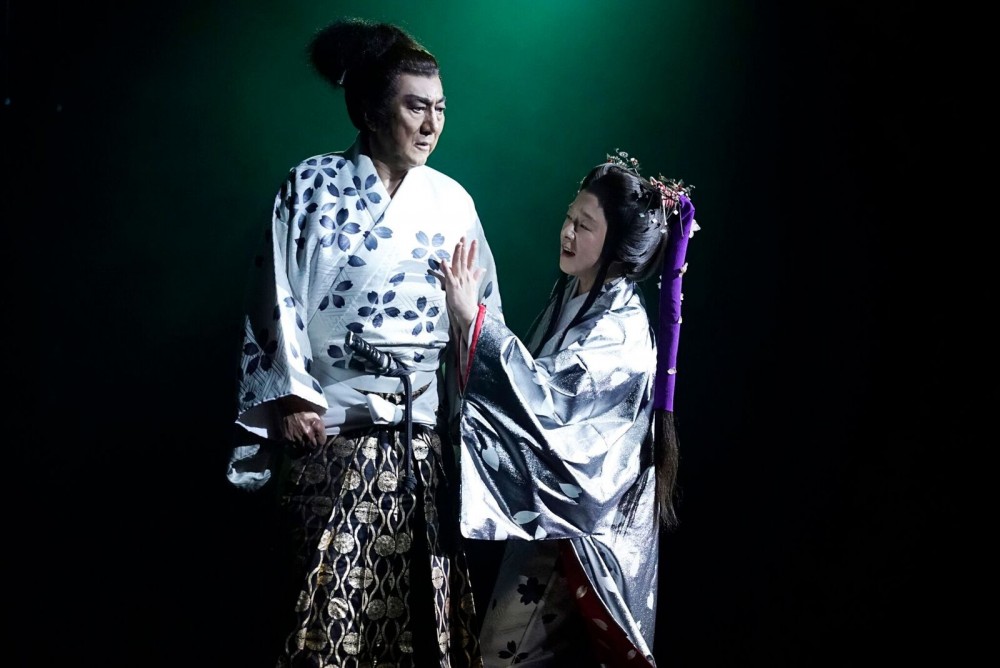 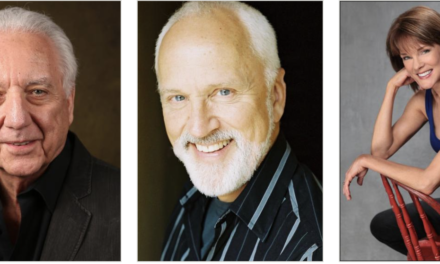