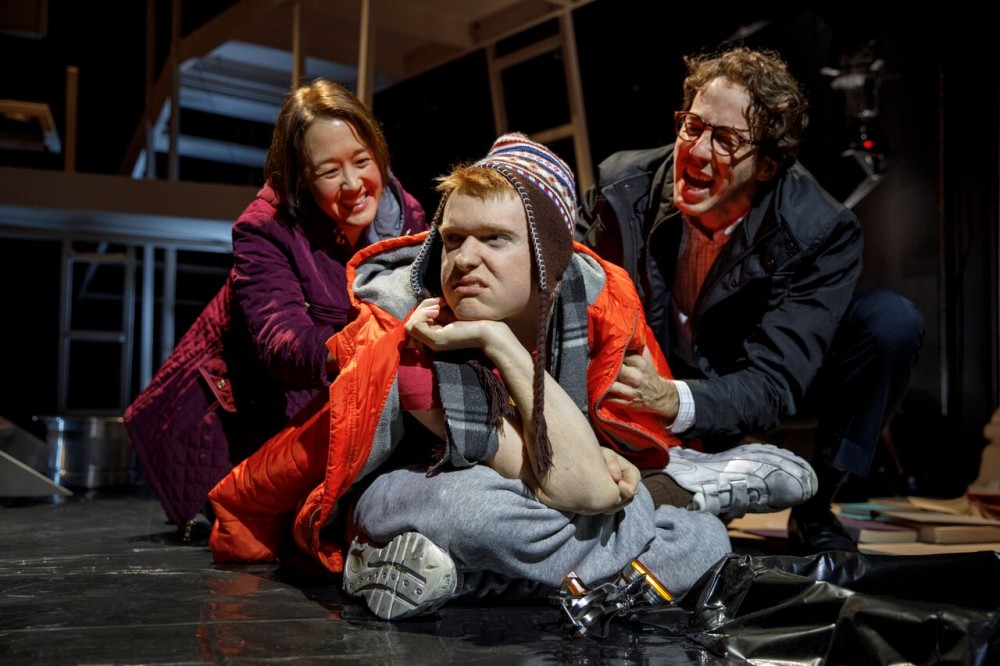 The spectrum my headline mentions isn’t the new name for Time-Warner; it’s the syndrome of incurable neurological disorders called autism. Autism or autism spectrum disorder (ASD)—and the related Asperger’s Syndrome—comes in many shades and colors; it ranges from people so seriously impaired they have literally no communicative skills to those you’d probably not realize have the disorder.

An engaging new play called Uncommon Sense, by the married couple Anushka Paris-Carter and Andy Paris (who also directed), demonstrates this premise by introducing us to five individuals, each representing a different place on the spectrum. These five are at the heart of four stories, none of them connected to the others except for their being about an autistic person or two.

The 90-minute play’s complex, carefully crafted, but easy-to-follow structure allows for telling the stories by interweaving them, creating a mosaic offering case studies of the kinds of experiences encountered by autistic people and their loved ones. The production allows both tears and laughs to flow.

Eight adult actors are involved, four of them playing two characters. Two of the autistic characters—both on the most severe end of the spectrum—are young, Lali (Jill Frutkin) and Moose (Andrew Duff, who happens to be on the spectrum). Lali, daughter of an Indian immigrant, Achalaa (Purva Bedi), wears a bicycle helmet and does nothing but run her hands through a basket of rice until a speech therapist’s (Jessica Almasy) IPad helps her make a breakthrough. Moose is an infantile adolescent fixated on an eggbeater and able to say only “Baaa”; his dedicated parents Gabriel (Brian Hastert) and Emily (Michi Barall), especially his mother, are pushed by his needs to the breaking point. When Moose appears to have said “Mommy,” their giddy excitement at this potentially amazing step forward only leads to crushing disappointment and marital strain.

These youngsters are contrasted with three high-functioning autistic adults. Dan (Scott Barrow), whose gifts are of the idiot savant type, is helped by his devoted younger sister, Libby (Bedi). He has clumsy social skills (as in the overly broad, silent movie parody scene during which he eats noodles with his hands) but finds a soulmate in the also smart but more socially adept Sarah (Frutkin).

Similarly, Jess (Almasy) is a brilliant college student with particular knowledge of the brain and neuroscientific issues (convenient here for expository purposes); however, enamored of a Japanese anime character, she, too, is a social misfit. This becomes especially apparent when she gets involved with a fellow student, a lacrosse player named Alex (Hastert), whose relationship with Jess begins when he asks her to tutor him, but whose patience with her eventually wears thin.

Just as the children’s stories are variations on how parents of seriously troubled children cope with their therapeutic needs, the adult stories are romantic ones. In one case, the concern is how mutually autistic lovers can overcome their specific drawbacks, and in the other, how an autism sufferer struggles to find love with a non-autistic person. Apart from the autism angle, the stories are not particularly surprising. Still, the playwrights, basing their situations and composite characters on extensive research, are to be applauded for providing a non-maudlin, entertaining, and accessible approach to informing us about autism and the people it affects. It’s impossible not to love and sympathize with these unusual human beings, and to feel more deeply the need to recognize, accept, and help them.

Andy Paris’s smart, briskly paced direction gets wonderful performances from his entire cast, including Oberon K.A. Adjepong as both Dan’s store manager and a kindly therapist who didn’t realize until he was middle-aged that he too was on the spectrum.

Of great assistance are the imaginative visual and aural components, beginning with John Coyne’s ingenious set, an intricate arrangement of platforms, sliding and/or flying panels, doors, and ladders, resembling the Constructivist scenery of early Soviet-era design. It allows for the action to shift swiftly from level to level and place to place.

As I walked to the subway, a young woman I don’t know told me she was a special ed teacher who works with autistic kids and how moved she was because she could see her students in the characters. I imagine anyone familiar with autistic people will feel much the same, regardless of any minor critical qualms. And, be it noted, in addition to a couple of “Relaxed Performances,” every effort is being made to provide a comfortable, safe space for autistic theatregoers. 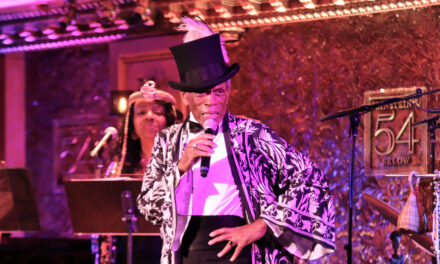 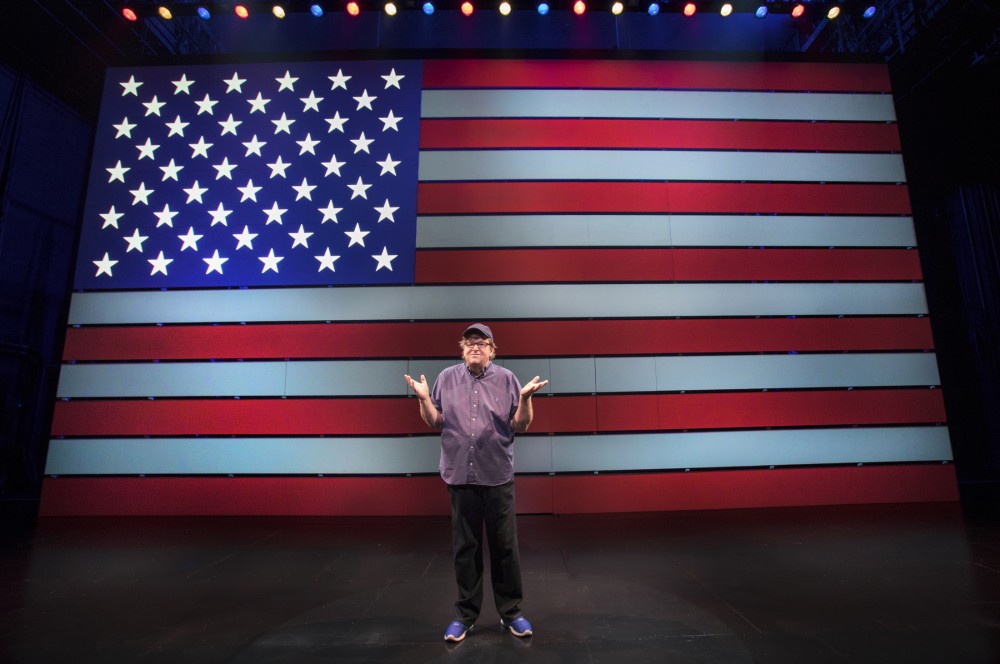 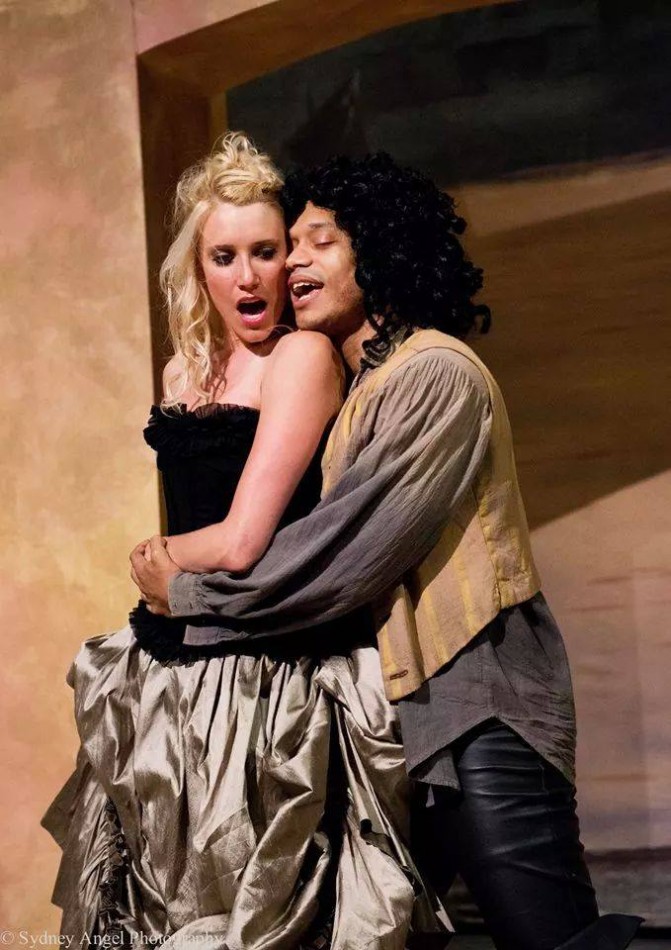