A Time For Love – Nicole Henry Wrapped in Jazz, Funk, R & B 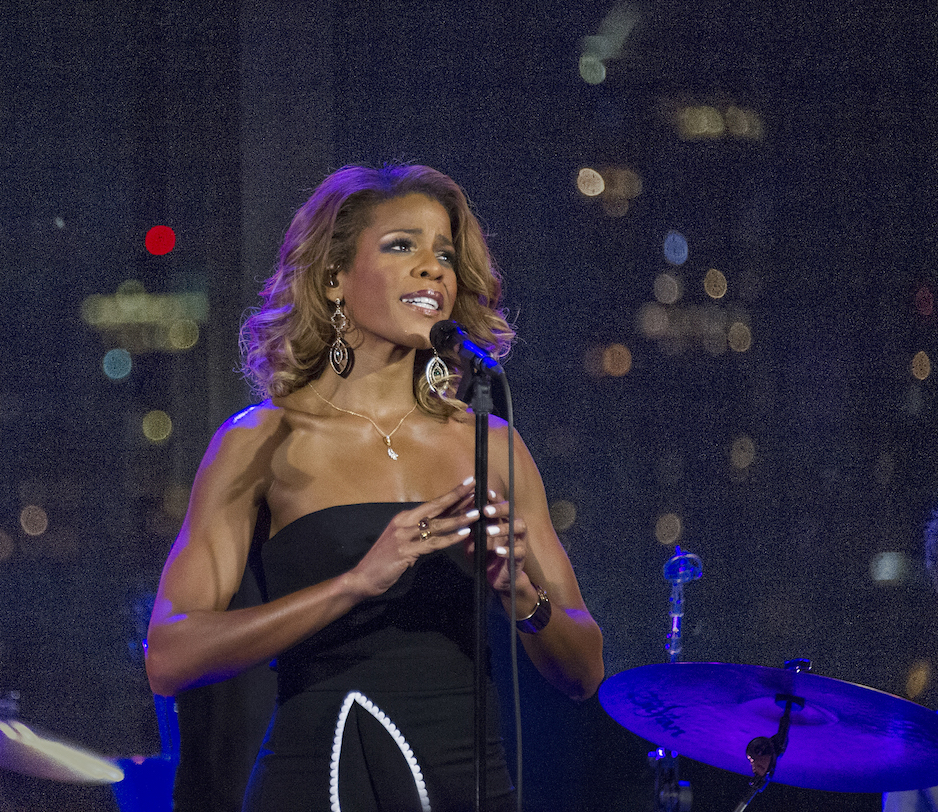 I just found out about love and I like it, I like it…she sings, starting/stopping/bouncing, having an infectiously good time. (Jimmy McHugh/Harold Adamson). I can feel the sun on my eyes/ Why can’t I feel love…she sings, whispering consonants, opening her palms, ready to accept. (Joan Armatrading)

One of two highlights, “Sweet Georgia Brown” (Ben Bernie/ Maceo Pinkard/ Kenneth Casey) arrives as funk, fresh as I’ve heard it, keyboard and guitar in the lead. Bob Fosse would’ve had the time of his life choreographing the interpretation’s snappy shifts segueing to sinuous. Hands on hips, then running down her torso, head bobbing, Henry knows when to hold’m and when to fold’m (Kenny Rogers’ “The Gambler”). Phrasing is all her own. Bright and dark, swinging sass and purring, she performs with the control of an evangelist at the pulpit. The second, for my money, is George Michael’s “One More Try.” Dave Cook’s meditative piano eases us into what sounds like a spiritual. Perched on a stool, Henry wraps herself in Michael’s lyrics as if determined to shield herself from cold, a tug here, an adjustment there. Every word and audible breath counts in this emotionally authentic rendition.

“The Same Love That Made Me Laugh” (Bill Withers) is borne on a hard beat with a hum between verses. The vocalist lets it rip with multiple notes careening through a single syllable word, never hitting walls. There’s just enough hip action to keep her in the game without seeming less a lady. Jazz, funk, and r & b are performed with equal finesse. I prefer numbers with accessible, if free-wheeling form, so a version of “Dearly Beloved” (Johnny Mercer/Jerome Kern), where melody is all but unrecognizable and tempo doesn’t reflect entreaty and one of Buddy Williams’ “Save Your Love For Me” which seems without axis, are to me less than successful.

“It Had Better Be Tonight” (Henry Mancini/Johnny Mercer/Franco Migliacci) closes with a fun meringue: If you’re ever gonna kiss me/It had better be tonight/While the mandolins are playing/And stars are bright…Meglio stasera/Baby, go, go, go/Or as we natives say/ “Fa subito!” Henry exudes happy.