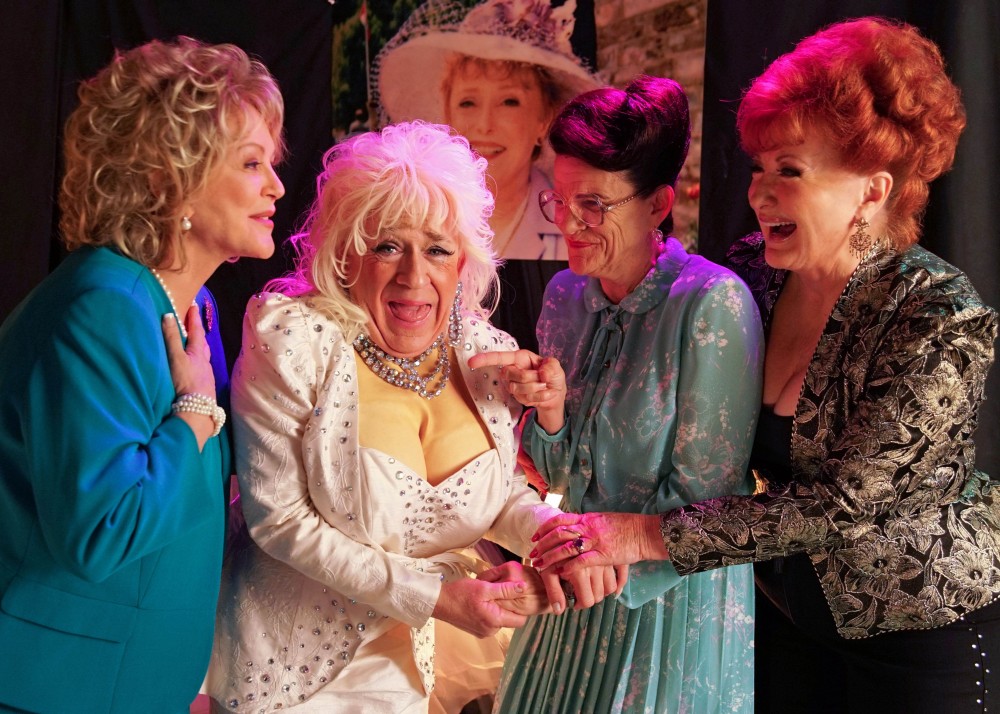 It’s been a whopping seventeen years since Del Shores tipped his feature length Texas Stetson to his brazen band of lovable misfits from Sordid Lives, and they are back with a side splitting, comedic vengence!

Monday, Oct. 2nd 2017 – NewFest, New York’s LGBT film and media arts organization, and SVA Theatre on West 23rd street played host to Del’s A Very Sordid Wedding, the outrageously funny sequel to his play, movie and TV series Sordid Lives. The screening played to a packed, elated crowd who were more than happy to escape for a few hours, especially as the evening’s festivities happened mere hours after the deadly mass shooting in Las Vegas. Guests in attendance included many of the film’s cast, in addition to Charles Busch, Jackie Hoffman, Richard Kind and many more. The film brings back an all-star ensemble cast of characters, rooted in the Southern Baptist world of Winters, Texas, in the weeks following the U.S. Supreme Court’s same-sex marriage equality ruling where not everyone there is ready to accept it. Synopsis: A VERY SORDID WEDDING:
It’s 2015, seventeen years after Peggy tripped over G.W.’s wooden legs and died in Sordid Lives, and life has moved into the present for the residents of Winters, Texas. Sissy Hickey (Dale Dickey) is reading the Bible, cover to cover, trying to make some kind of sense out of what it really says about gay people. Her niece Latrelle Williamson (Bonnie Bedelia) has divorced her husband Wilson (Michael MacRae) who has taken up with a hot young gold digger. Latrelle’s now out and proud gay son Ty (Kirk Geiger) is on his way back to town with his black man and news of their own. Her sister LaVonda (Ann Walker) is still cussin’ and drankin’ and is being blackmailed to sit with the sick and afflicted. LaVonda’s best friend Noleta (Caroline Rhea) meets a hot younger man while visiting her awful mama in the hospital. G.W. (David Steen), sporting new fiberglass legs after Noleta burned his old ones, is still feeling guilty and mourning Peggy. Nearly incoherent barfly Juanita (Sarah Hunley) has moved from her obsession with Vacation Bible School roosters to the royal family while Wardell (Newell Alexander) and Odell (David Cowgill) still bicker at the bar. Tammy Wynette champion Brother Boy (Leslie Jordan) hasn’t been back to Winters since Peggy’s funeral, and he’s working at a tragic little gay bar in Longview, having added Loretta and Dolly to his new medley act “We Three Queens of Oper-y Are” till a chance meeting with a dangerous criminal forces him out on the run. As the sordid saga continues, an anniversary memorial service is being planned in honor of Peggy at Bubba’s Bar while the Southside Baptist Church is planning an “Anti-Equality Rally” to protest the advancement of same-sex marriage, spearheaded by Vera Lisso (Lorna Scott) and Mrs. Barnes (Sharon Garrison). Both events are to take place on the same night, so the cast of colorful characters are all on a collision course for shenanigans and fireworks, and a surprise wedding! For further updates on the film’s release, visit http://www.averysordidwedding.com/.