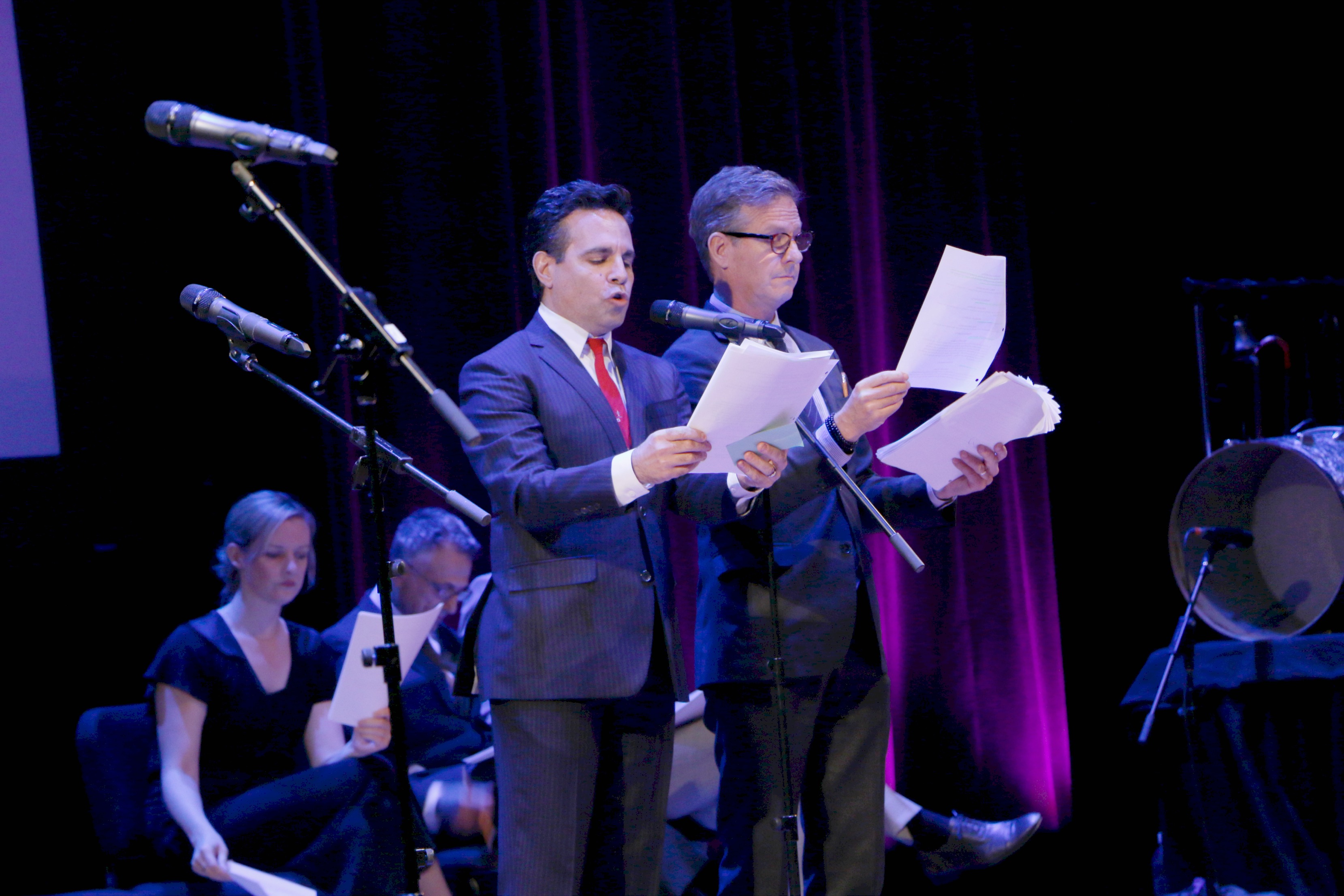 For the few who actually remember hearing the chilling CBS Mercury Theatre radio program of H.G. Wells’ The War of the Worlds, with Orson Welles in 1938, the clever powers that be at Abingdon Theatre decided to revive it pre Halloween, on October 24 at NYU Skirball Center, as a uniquely creative reading with a witty cast of merry makers. You see, what actually occurred is that some of the listeners in 1938 came in midstream during the radio program, hearing about gas explosions and blue flames observed on Mars and very soon after about the landing of a space ship and its extraterrestrial, tentacled machine invaders in Grovers Mill, a farm in Trenton, NJ. There were 32,000 radio listeners and some actually began fleeing, packing up their cars to escape the Martians.

Put Mario Cantone, Michael Urie, Stark Sands and David Greenspan, Kevin Mambo, Martin Moran, Elizabeth Morton, Dominque Fishback and Rob Yang together voicing the various broadcast announcers, the observatory professor and more, and you’ve got mayhem brewing. Clever, witty and appropriately timed, the faux radio show, at the time, also included Ramon Raquello and his orchestra and a variety of singers and in this case, some of the best around were exciting to hear: Lindsay Mendez (The Reactionary); Matt Doyle (Begin the Beguine); Krysta Rodriguez (Stormy Weather); Erin Davie (Boulevard of Broken Dreams) and Sally Ann Triplett (Brother, Can You Spare a Dime). The creepy, scary sound effects were illuminating to listen to and watch (Beth Ann Hopkins and Joe Jung).

Tim Rosser and his band provided the music and the clever hand of director Tony Speciale smoothly landed this space ship squarely on the Skirball stage.