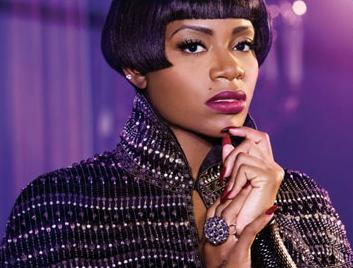 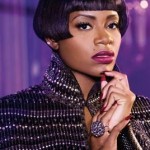 In its heyday, the Cotton Club featured a cavalcade of guest stars each week, known then as “Celebrity Nights,” including the likes of Lena Horne, Judy Garland, George Gershwin, Billie Holiday, Ella Fitzgerald, Sophie Tucker, Al Jolson, Bessie Smith, Fanny Brice and many others.  After Midnight will reintroduce this exciting tradition by presenting stars of today in limited engagement appearances throughout the musical’s run. Grammy Award-winning recording artist Fantasia, who was last seen on Broadway in her stunning and universally praised star turn in The Color Purple, has been confirmed to kick off the excitement as the first such guest star in After Midnight.  Barrino will play performances through Sunday, February 9, 2014.  Directed and choreographed by Warren Carlyle and featuring the big-band sounds of nine-time Grammy Award-winner Wynton Marsalis’ Jazz at Lincoln Center All-Stars, After Midnight will begin preview performances at the Brooks Atkinson Theater 256 West 47th Street, NYC on Friday, October 18, 2013 with an official opening night set for Sunday, November 3, 2013.  Tickets for After Midnight will go on sale to the general public after midnight (12:01 a.m.) on Monday, July 22, 2013.

Fantasia rose to fame as the winner of the third season of “American Idol” in 2004. She received overwhelming critical acclaim for her star turn as Celie, the oppressed central character, in the Tony Award-nominated musical,The Color Purple in 2007. In a performance the New York Post called “Tender, touching and effortless,” critics and audiences alike praised Fantasia for her talents as both an actress and singer, while also recognizing her strong personal connection to the material. As a recording artist, Fantasia has sold nearly three million records and 1.5 million digital tracks to date. She won the 2011 Grammy Award for “Best Female R&B Vocal Performance” for “Bittersweet,” the lead single from her third solo album, “Back to Me.” This past April, Fantasia released her fourth album, “Side Effects of You.” casting and musicians will be announced shortly.

Jazz is a state of mind.  It’s a structure for innovation, forward momentum and freedom.  After Midnight will take the sexy, smoky glamour of the original Jazz Age and catapult it into a whole new era of heart-pounding, mind-blowing entertainment for modern Broadway audiences.  Welcome to the new Jazz Age. After Midnight is a new production of Cotton Club Parade