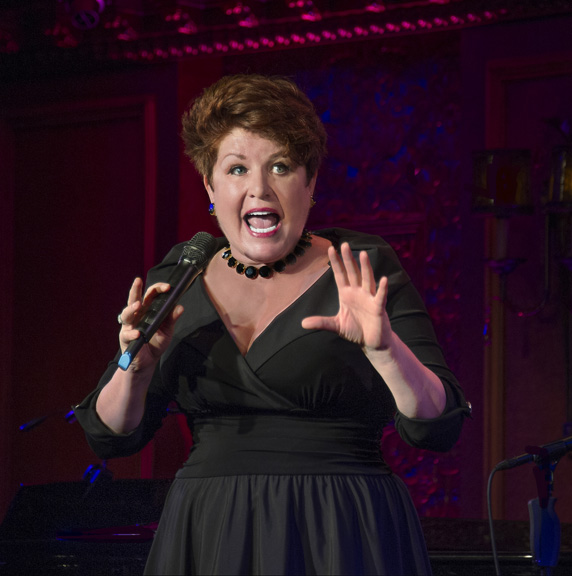 Did you know there was a society called Friends of Alec Wilder, or that there have been 31 annual concert tributes to the multifaceted artist up till now? The author, who wrote lyrics for some songs, music for others, is considerably more familiar to professionals than audiences.

One of the purposes of this event, we’re told by Producer Aaron Grandy, is to “revitalize the work of Alec Wilder for a new generation.” Unfortunately, the wrongheaded attempt often eschews everything that makes Wilder great. Songs arranged as pop (two as hillbilly numbers) and/or allowed to blare, ostensibly to attract the young, disregard both lyric intent and mostly subtle, original style. Ersatz Wilder is a disservice to the writer.

“While We’re Young” (music-Alec Wilder/lyrics-William Engvick) bounds in big and forceful in denial of its usually haunting waltz and wistful poetry. The song is also used as a finale inviting the audience to sing along. Few knew it, including the company. An ordinarily longing-filled “Blackberry Winter” (music-Alec Wilder/lyrics-Loois McGlohon), its young vocalist out of sync with solo guitar, reshapes the gorgeous ballad into something predominantly thoughtless, heavy on bass. Brian Wilson’s rendition of “Moon and Sand” (music-Alec Wilder/lyrics-Arnold Sundgaard), a bossa nova 25 years before Jobim reached our shores, is supported by arrangement and performance true to intention. Wilson’s very slight bounce, tilted head and almost imperceptible nod of agreement at “the magic of love” couples with soft, resonant baritone to deliver the goods. “Where is The One?” (music Alec Wilder/lyrics-Edwin Finkel) is also palpably straight from the heart as performed by actor/vocalist Walter Willison who should jettison the swelled ending.

Natalie Douglas knocks it out of the park with a breathy, defeated rendition of “The Lady Sings the Blues” seemingly wrenched out of personal history. Douglas stands and briefly wails only when the song compels. (not the Diana Ross tune- music-Alec Wilder/ lyrics William Engvick), Unexpected selections include several wry, upbeat songs by Wilder with William Engvick. The first is “Jam!”, a low key, vaudevillian number wherein Adam Shapiro, with just the right attitude, flutters his eyebrows at “I’m simply unhinged”, punctuating with a Harpo Marx honk-horn (This was curiously written for a documentary called Sand Castle). The second is host, Klea Blackhurst and Andrea Prestinario’s cute, harmonized duet of “Good For Nothin”, delivered as a twangy country tune. (One wonders at its original outing.)

Two contributions by the talented Karen Ziemba deliver pure Wilder. A gorgeous “Give Me Time,” written for Mildred Bailey, arrives completely believable as offered by an actress with nothing to prove. It’s longlined, classy torch. Arrangement is evocative. “It’s So Peaceful in The Country”, starting with well handled, conversational verse, oozes with tickled pleasure. “You really oughta try it,” she sings, bending her knees, crinkling her nose. (both- music & lyrics Alec Wilder) Another dependable purveyor of authors’ original aims, Steve Ross, sits at the piano to sing a heartbreaking “I’ll Be Around” (music & lyrics Alec Wilder), showcasing the idiom less is more. When the artist makes a resigned question out of “Goodbye-again” his finesse is omnipresent. Utterly lovely.

Host Klea Blackhurst offers tidbits of illuminating fact/context throughout, popping up somewhat disconcertingly all over the club. Her easy, brassy manor moves us along.

Dedicated to the memory of Thomas M. Hampson, founder, The Friends of Alec Wilder