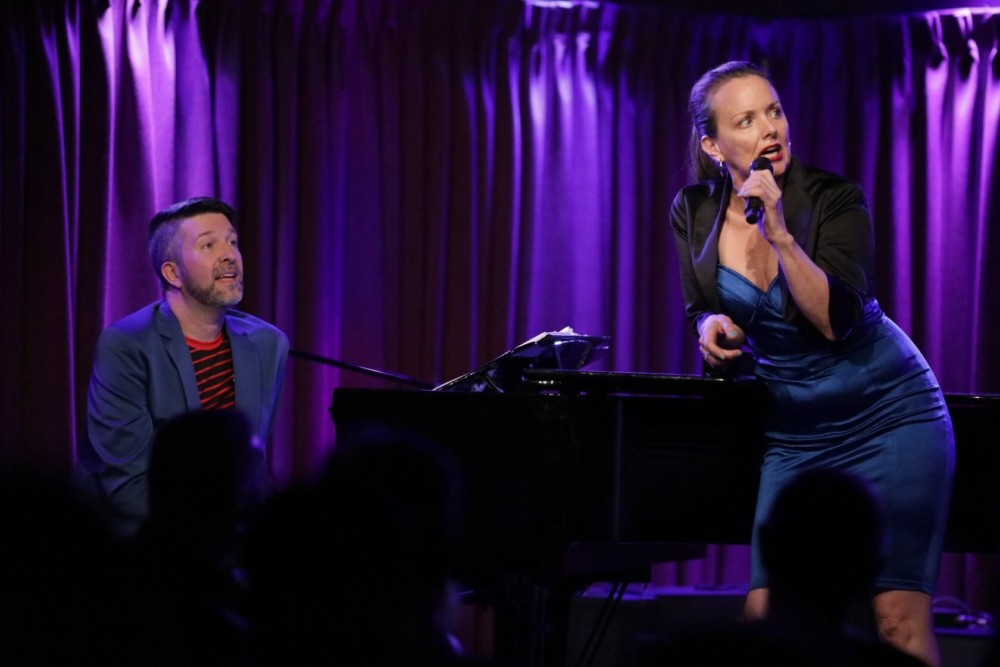 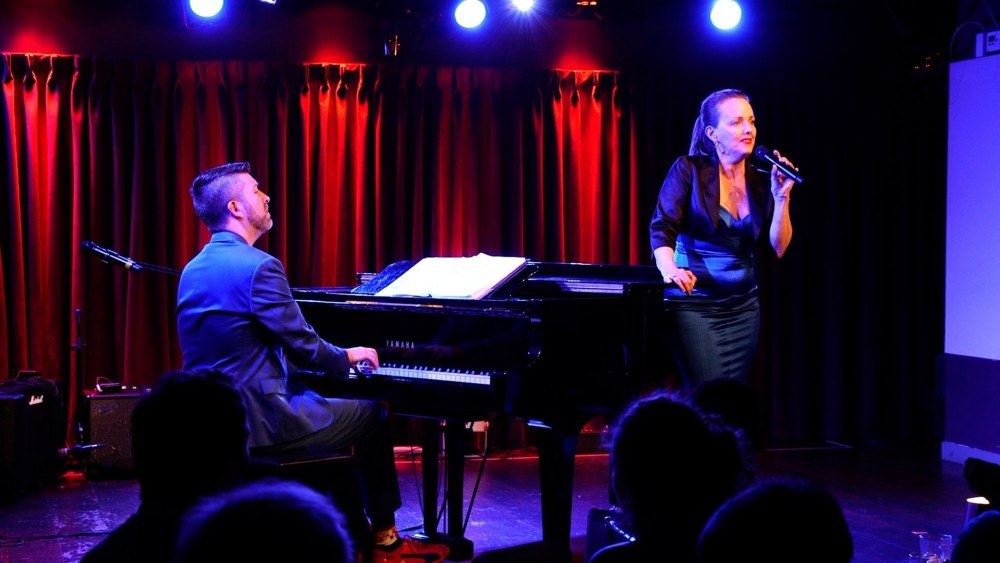 When she ascended the stage at The Green Room 42, the first thing that touched me about Alice Ripley was not her lush voice or her fabulous blue party dress, but the way she described her show before even starting to sing.

“Tonight,” she began, staring dreamily at her smiling pianist Brad Simmons, her hand clutching her stomach, “I’m going to take you on a journey through my life and show you all the songs I’ve fallen in love with; the ones that made me, me. Basically, we are going to give you the Ripley Prescription.” The audience laughed and hooted, but I stayed atypically quiet, a soft pinging in my heart. It was in that opening moment where I first had the sense that Alice Ripley was going to show us the underbelly of her heart, regardless of how painful, sensitive, or complex it was.

Her show began with her favorite rock n’ roll songs, the ones that she said helped her survive her upbringing, where she was the middle child of eleven. At first, it felt a bit strange to watch one of my favorite musical theatre stars perform a different genre. In place of the saxophone in her first piece, “A Song for You” by Leon Russell, she decided to scat, using interesting vowels and off-beats. It was subtle and different, and eventually, I found myself cheering on this new version of Alice.

Alice Ripley is a gifted, eclectic story teller, and it was obvious throughout the evening that she was intent on breaking the audience’s heart with her words and song choices. One of my favorite songs of the night was “Eleanor Rigby” by the Beatles, which she sang as a duet with Simmons. Both of their voices were guttural and filled with longing; a combination that tugged at my heart strings and made me want to understand how two people could express so much truthful sorrow on stage without breaking.

After “Eleanor Rigby,” she continued on her journey of vulnerability by telling the tender story of one of the last times she spent time with her father before he passed away, her microphone pressed softly to her cheek as if it was a caressing childhood blanket. In that moment, a pin could have dropped. Following that, she broke into a remarkably emotional and vivid self penned song called Drive where the lyrics describe a restlessness that lies inside her soul. In this song, escape is the anthem, with lyrics that describe driving away, “out of the city” and crying until “the constant motion” inside of her calms.

Another highlight, were two songs (“Too Much in Love” and “As if We Never Said Goodbye”) she sang from Sunset Boulevard, in which she had played a starring role, and in which she is set to take the lead again this upcoming year. In particular, “As if We Never Said Goodbye” was breathtaking as Alice was able to express both the pain and beauty of longing that Norma Desmond felt to be back in the spotlight. 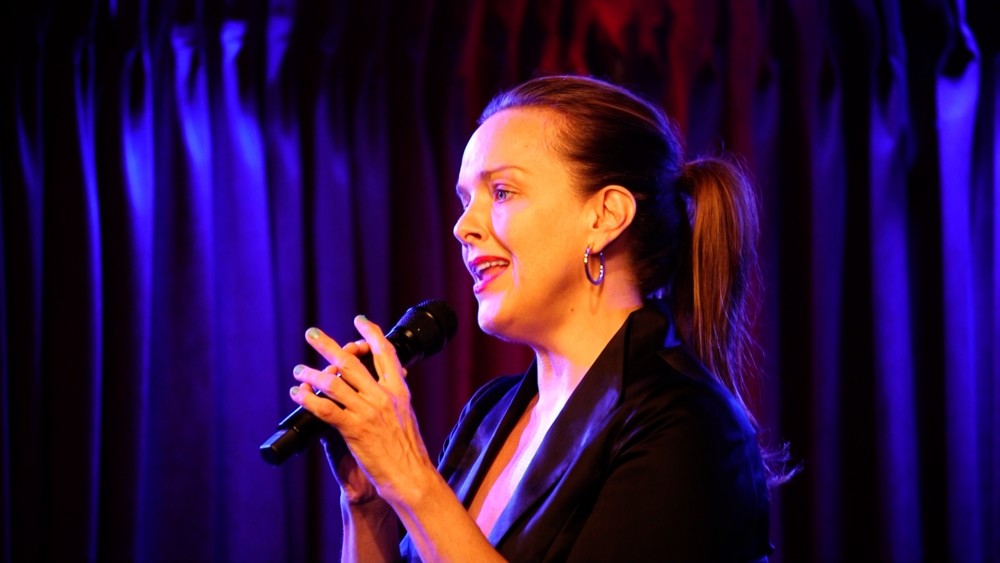 As was to be expected, Alice ended her set with her most famous piece “Miss the Mountains” from her Tony Award winning performance in the musical Next to Normal. “This was the show that started it all and the piece I was able to make my own. I’m so fortunate that it’s mine,” she candidly shared with us, her hand once again pressed to her stomach. The fluidity with which the words came out from her in this piece brought me to tears. Her voice was all at once breaking and impenetrable, passion seeping out of her with every word. 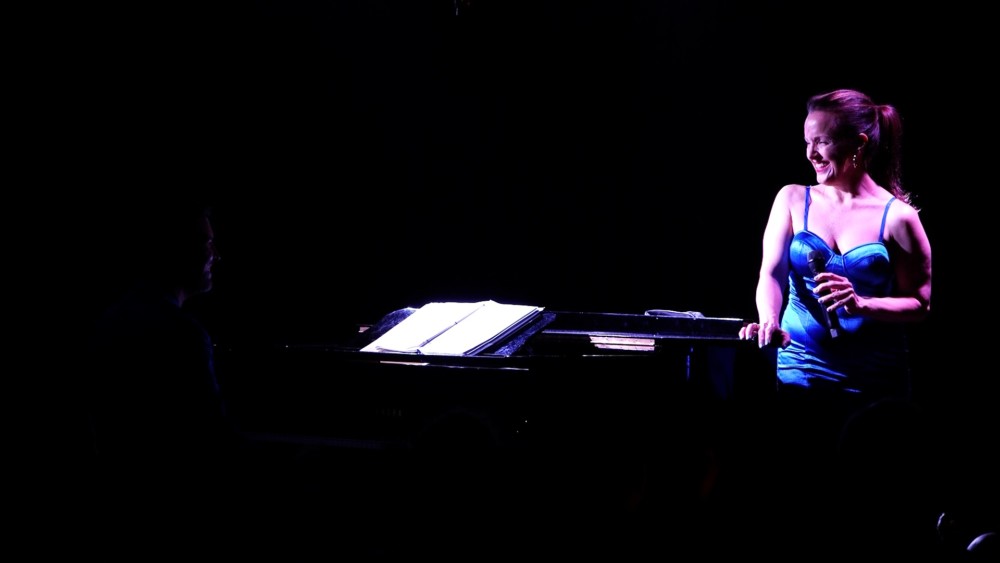 I believe some people create art because they have to – they have no other choice to survive in this world. Alice Ripley is one of those people. Watching her is akin to witnessing a healing with the music and lyrics stitching up torn parts. She is honest about her past and the scars that come with it, and this is always present within her awe-inspiring voice, self-soothing movements and nostalgic words.

When she told us in the beginning that we were going to witness the Ripley Prescription, she was not lying. What I witnessed was a tragically sorrowful, restless and gifted performer taking her medicine to help things get better- music is the savior, the prescription for a better tomorrow.

570 Tenth Avenue (inside the Yotel on the 4th Floor) NYC