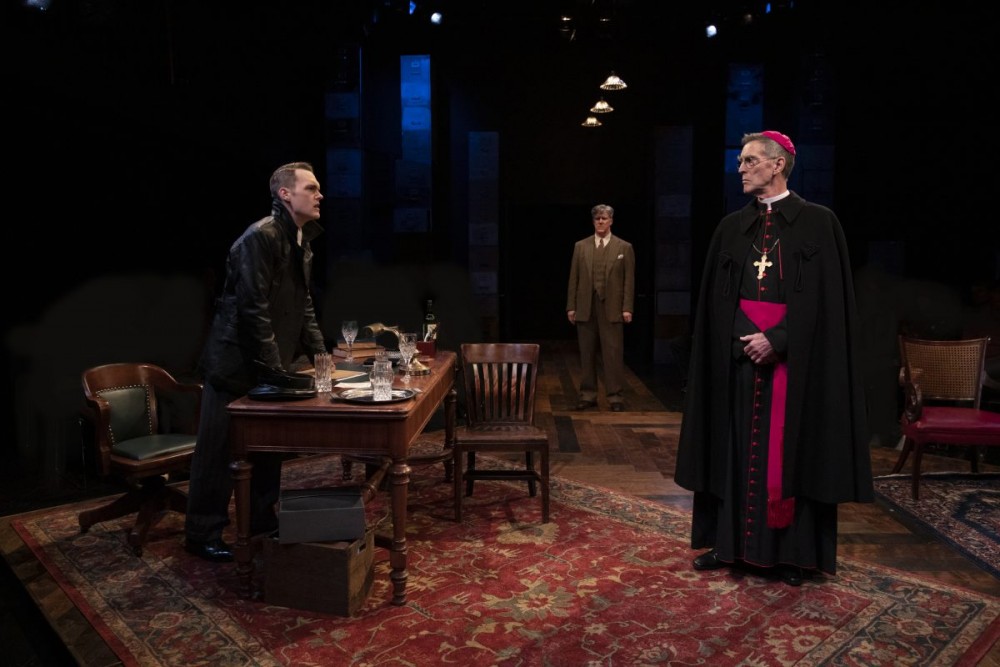 Although this play is set against the backdrop of one of the most horrific periods of our history, as well as the heavy subject matter that the play specifically focuses on, All Our Children, now playing at The Sheen Center, manages to both impress, captivate, as well as entertain.

Set in 1941 in a pediatric clinic located near Cologne, the Director of the Clinic, Dr Victor Franz (played to perfection by Karl Kenzler) is now forced to condemn and sentence disabled children to their deaths. Having originally opened the clinic in peacetime as a place to help sick children, he now finds himself under the control of the powers that be and at internal odds with himself while he is constantly instructed to “Protect the Third Reich from unwanted and disturbing sights.”

The Deputy Director of the clinic is SS Officer Eric Schmidt who is fully committed to the ideals of Nazi Germany. This very unlikable and callous character is portrayed stupendously and bravely by Sam Lilja, offering just the right amount of personal lack of morals and blind, or perhaps willingly ignorant, motives. Lilja seeps a kind of eerie evilness from Schmidt, but cleverly understands his character’s position of employment. 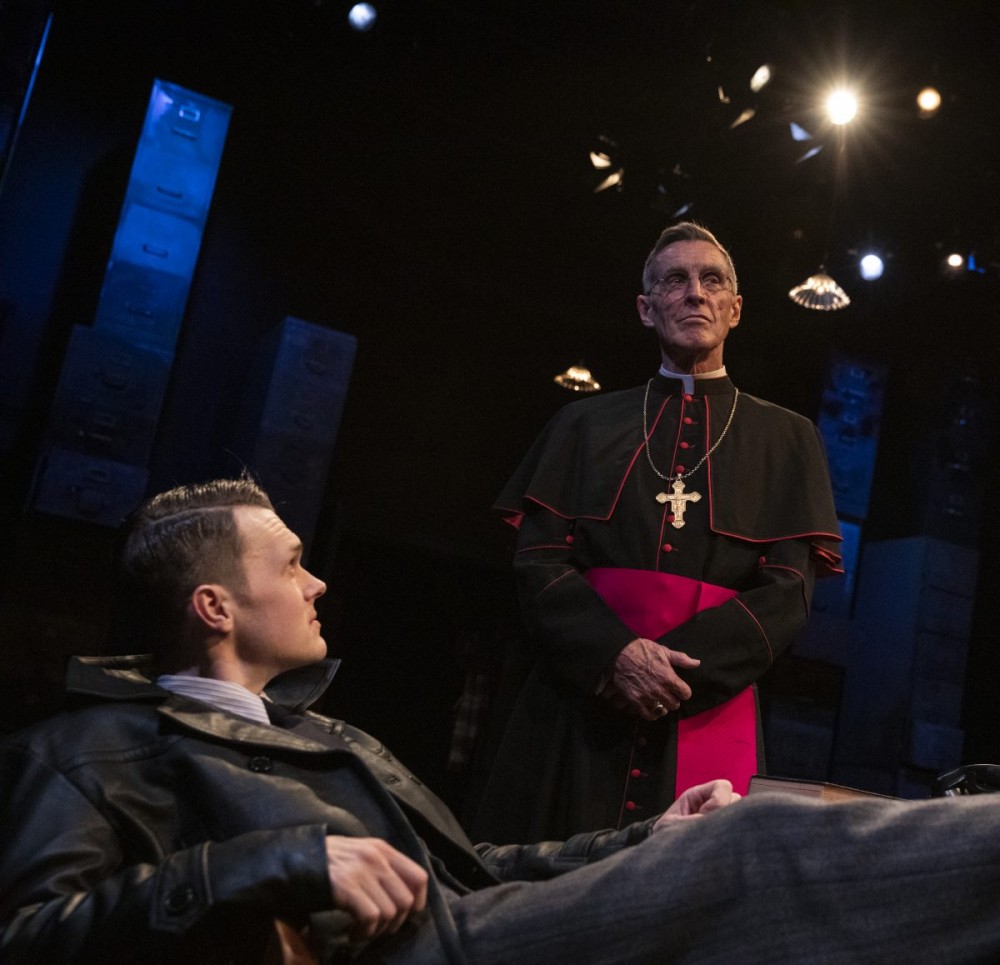 The narrative expresses the reasoning behind the Nazi’s instructions to put to death disabled children and young adults – – they are “leading lives unworthy of life” and these children are only a burden and an expense, and cannot be productive or offer a benefit to Germany.

Experienced playwright Stephen Unwin has smartly provided all of the characters with clear backgrounds and personal opinions which become clearly identified as the play progresses.

The Doctor’s maid, Martha (beautifully portrayed by talented Jennifer Dundas) identifies as a Catholic and conveys, and truly believes, that her religion and beliefs are the right and acceptable way; her reasoning: because it was the way she was brought up. Martha labels herself as old fashioned and feels it’s right to go to church and pray, while simultaneously accepting that what is happening both in the clinic and in her country is “best for Germany.” Unwin deftly provides his characters with language that allows us to notice the irony and not force any moral issues or opinions on us. As with the maid, it seems clear that she doesn’t realize that Jewish people are not afforded these same normal rights of expression of religious and cultural commitments that she takes for granted. And so, Unwin leaves us to observe and understand his characters while we witness the consequences of their action and participation in an abhorrent process.

A mother, Elizabetta (portrayed by Tasha Lawrence) visits Dr Franz at the clinic where she had previously taken her adult 24 year old epileptic son for care. This character offers the human and personal side of the situation and events unfolding, and Lawrence is nothing short of magnetic and captivating in this role.

Bishop von Galen was a real person who, during World War II, led the Catholic protest against Nazi euthanasia and denounced Gestapo lawlessness and the persecution of the church. This real-life character is played by John Glover who gives a magnificent performance.

The underlying theme is that none of the characters are truly free. The common thread for all of them seems to be that they are bound by their upbringing, beliefs, and morals. Although some of them seek to right the current wrongs, others feel it’s easier to accept, while others believe what is happening is right and just, most of them seem to express contradictions, perhaps as a result of being internally conflicted. 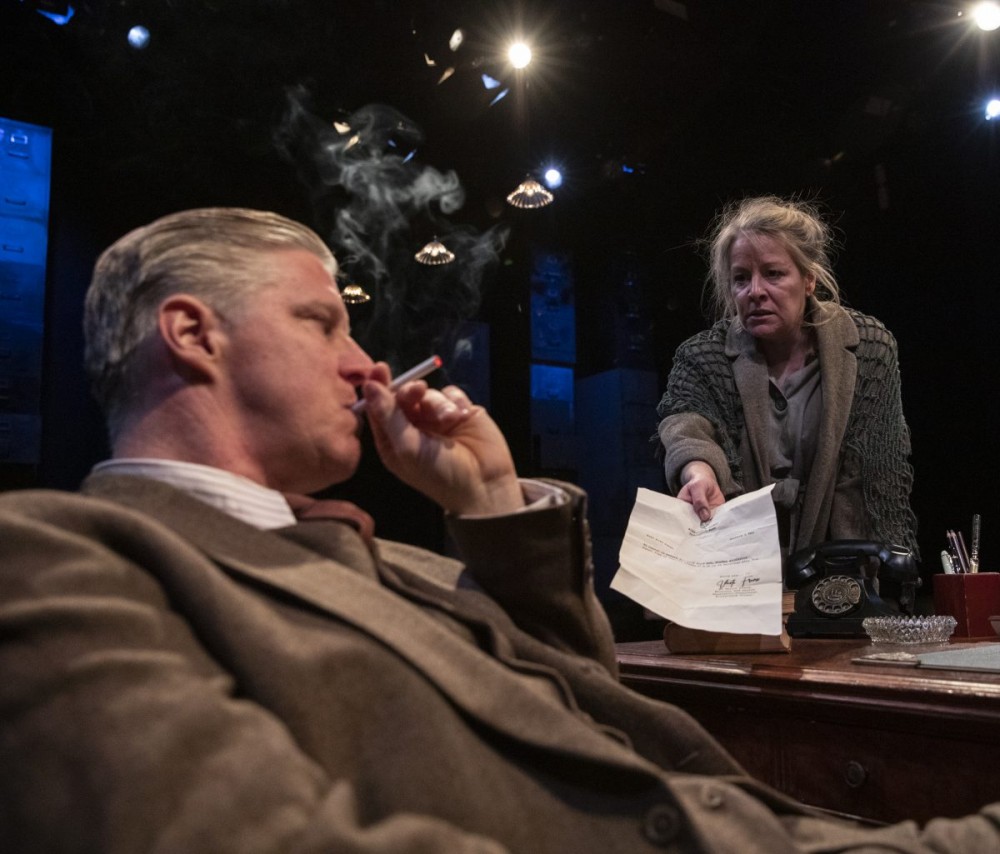 Ethan McSweeny achieves remarkable results directing this production in the round. It creates a marvelous juxtaposition, a sense of both intimacy and appropriate uneasiness of the subject matter. McSweeny’s experienced hand is seen clearly throughout, ensuring balance and justification from his actors.

Set designer Lee Savage must be praised for an impressive set that somehow looks and feels real yet surreal at the same time. Floor to ceiling filing cabinets around the edge of the set create an awesome space and accurate feel of the situation. No effort has been spared with details and consideration for accurateness with authentic furniture pieces spread throughout the stage.

The costumes by gifted Costume Designer Tracy Christensen are also accurate and credible providing a polished professional look to the entire production.

This is an unflawed production in every way. Continually riveting and compelling, yet always interesting offering real human moments.  All Our Children is the play to be on your must-see list.

The Sheen Center for Thought & Culture

Warning: cigarettes are smoked during performance 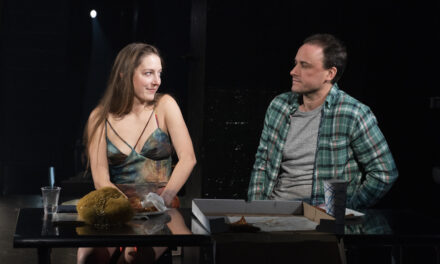 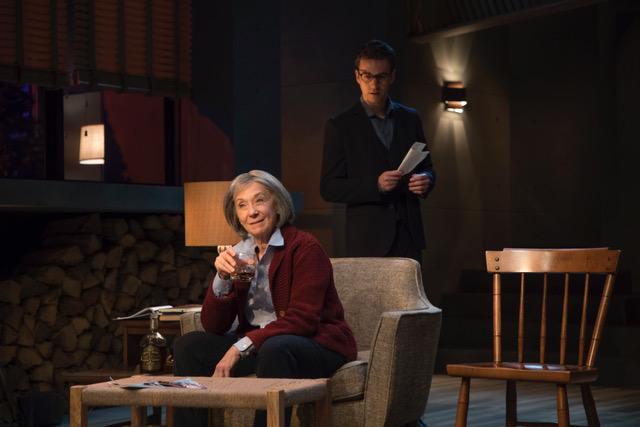 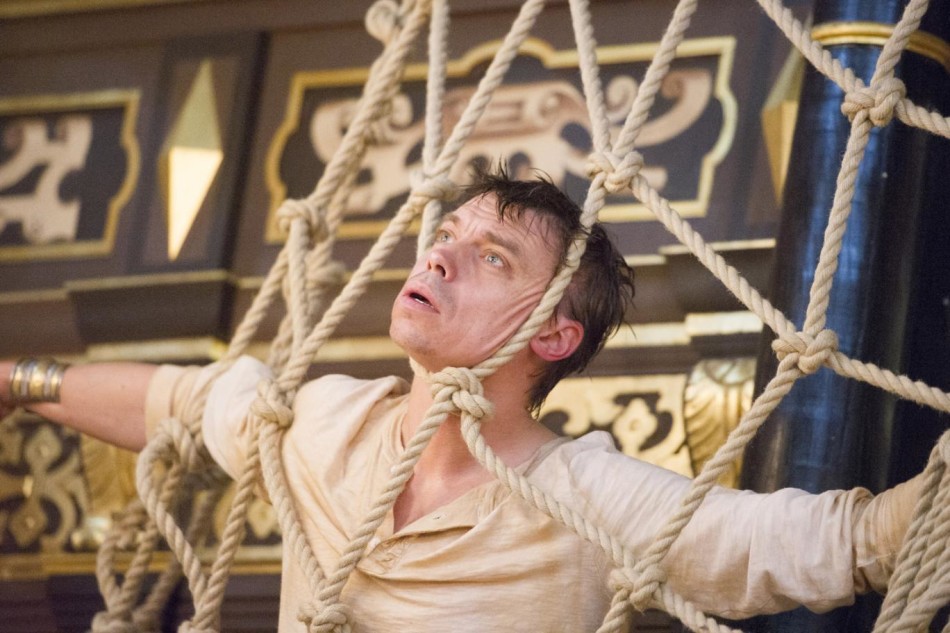