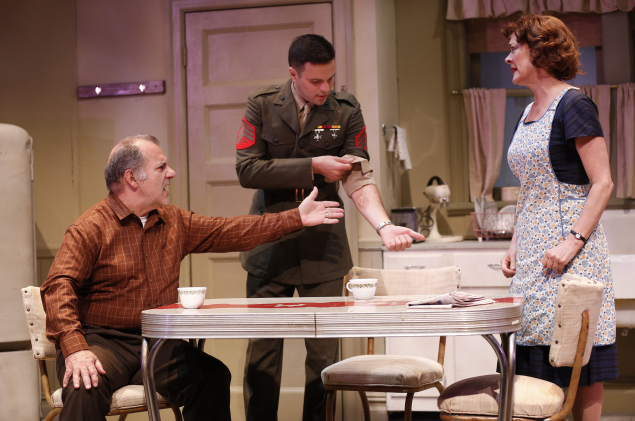 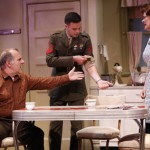 We know war is hell and this debut play by Vietnam vet and Parade Magazine publisher, Walter Anderson, produced by the Directors Company at the Acorn Theater – Theatre Row, makes every effort to bring home the horrors and confusion from two generations of soldiers.

Meet pop Harry (Joe Lisi) a World War II vet, gruff and growling most of the time, a drinker and a gambler, living in a shabby Bronx apartment (Harry Feiner set design) with his more than understanding and accommodating wife Grace (Karen Ziemba) who manages to rise above the verbal abuse. It’s now 1965, and their son Johnny (Jonny Orsini) – a Marine and high school boxer – is coming home from Vietnam; Mom especially is elated.

Black shadows hang over Harry’s head when, back in 1958, as the show opens, he made a deal with a dubious cop Nick Pappas (James McCaffrey) in order to stay out of prison, doing him favors for years and also finding himself in debt to him for a loan. But Pappas has an even bigger stake in mind for Johnny unbeknownst to Harry.

Johnny is already making his own plans to either attend a Junior college in California, or stay in the military and be promoted. Pappas gets his dibs in when he offers Johnny a quick sprint up the ladder of police force success right to Internal Affairs, with ulterior motives, while putting the screws in Harry to make sure Johnny meets his demands.

Neighbor and former African-American teacher Miss Jones (Brenda Pressley), who lives in the same building as Harry and Grace, lovingly reminds Johnny about how he loved books and reading, inspiring him to continue his education. She must also throw her hat in the ring to fight Pappas not only for what’s right for Johnny, but defend herself against his racial slurs.

Three separate paths from which to choose; confusion and hidden war secrets of horrors shared by father and son in emotional eruptions.

Outbursts from Orsini seem more on cue and orchestrated than emotionally charged to bring real sympathy. Ms. Ziemba plays the beaten down but resilient housewife to perfection, while McCaffrey seems to whisper many of his lines rather than ‘sing out Louise.’ Ms. Pressley and Mr. Lisi are most convincing in their roles.

However, the script is lacking, the characters are undeveloped and the result is an unbelievable mélange. Director Michael Parva does his best but my marching orders – – ‘back to the drawing board.’ 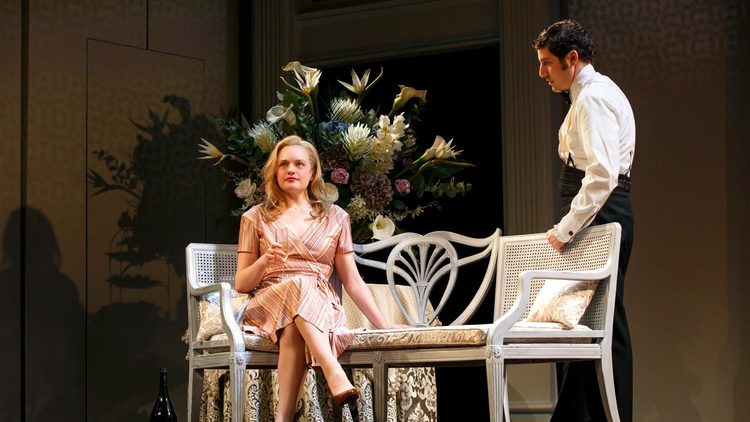 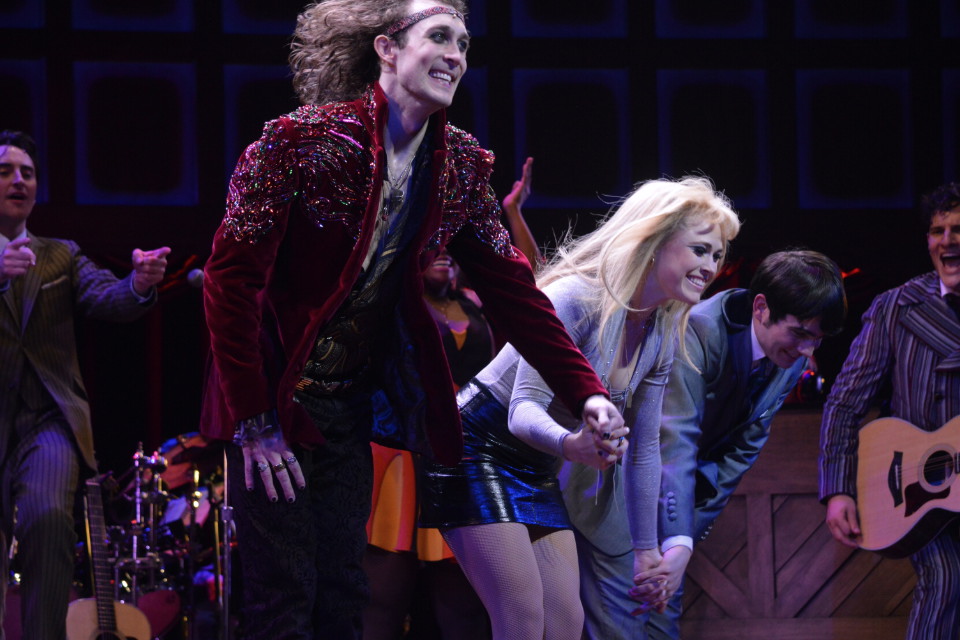 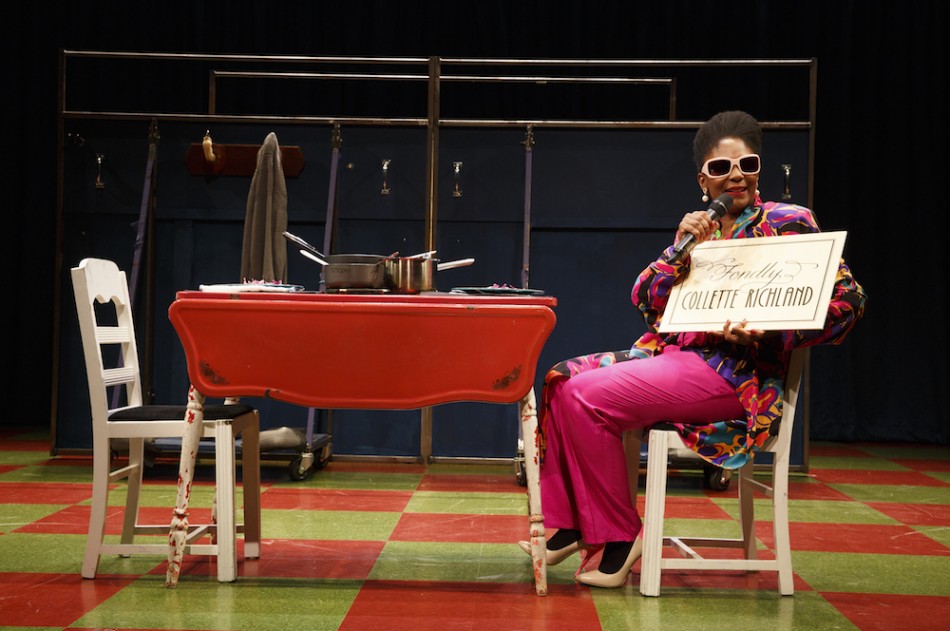