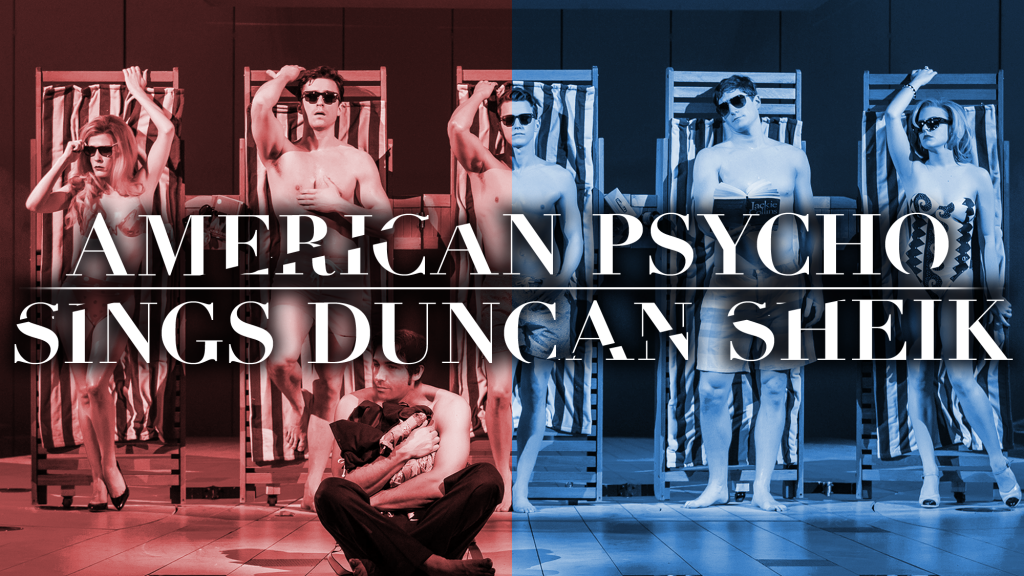 The morbidity of Bret Easton Ellis’s novel American Psycho and Mary Harron’s film adaptation might be matched by an awkward post-mortem of Duncan Sheik’s ill-fated musical adaptation. Many of the performers from one of the season’s flops, with the notable exception of star Benjamin Walker, worked their way through six songs from the musical in addition to tunes from Sheik’s other theatrical works and his pop albums in a concert at 54 Below. The talented group could take comfort in an audience of American Psycho fans who applauded and cheered vigorously throughout.

Listening to music from Sheik’s far more successful theatrical venture, Spring Awakening (with lyrics by Steven Sater) alongside the American Psycho songs gives a clear impression of why the former worked better than the latter. Sheik with Sater’s lyrics are highly expressive and out to clobber listeners with big metaphors and adventurous rhyming. For Spring Awakening, it’s appropriate; a musical about angsty teenagers should have an emotional charge that far outweighs life circumstances. Taking on “Mama Who Bore Me,” Krystina Alabado and Jennifer Damiano harmonize beautifully and belt as if they’re singing about the most intense feelings that anyone will ever have. The songs from American Psycho, in contrast, show Sheik’s struggle to capture the satire and cynicism of the source material. There was an air of defeat for most of the performers (or distraction for Alice Ripley, who played with a pocket zipper while performing Sheik’s sole US pop hit “Barely Breathing”) but a receptive and enthusiastic audience indicates that the singers have better days ahead.