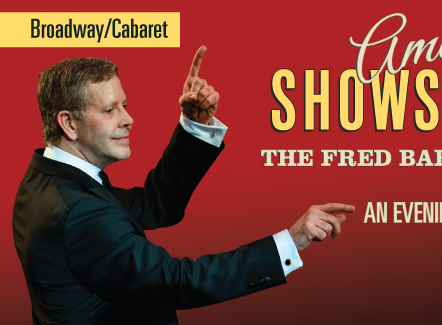 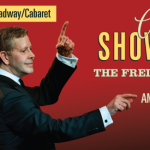 Fred Barton, the host, producer and arranger for the “American Showstoppers” series at Schimmel Center at Pace University presented his third program “An Evening with Cy Coleman” on October 18. There was a 13 piece orchestra, bigger than many Broadway orchestras these days. Barton began by discussing his personal history with Coleman and his admiration and analysis of Coleman’s special musical techniques.

The show was directed and choreographed by Scott Thompson and the evening began with Lutrell leading a chorus of seven athletic muscular dancers (the Scott Thompson Dancers) in a high kicking vigorous “Hey There Good Times,” from “I Love My Wife” (lyrics by Michael Stewart). Kevin Earley (so good in Coleman’s “Death Takes A Holiday”) sang one of Coleman’s pop hits, “Witchcraft” with a very rarely sung verse and a rocking rhythmic support from the great band. Murphy scored with “Don’t Ask the Lady” which was written for the first revival of “Little Me.”

There were several highlights. The first was Terri White in her old lady outfit recreating her 100 year old lady from “Barnum” (1977) singing and acting “Thank God I’m Old.” Later, she sang “Piece of Cake,” a sexy song about desserts which she introduced in “Welcome To The Club,” (1989.) Equally electrifying was Sam Harris recreating his opening number from the 1998 “The Life” – “Use What You Got.” Harris who has found the Fountain of Youth somewhere, was muscular and trim and performed that seductive number with sizzling energy! In the second act Harris re-appeared, standing still, sang some of the most beautiful Carolyn Leigh lyrics to “I Walk A Little Faster,” with only Barton accompanying him on piano.

Another was Leslie Stevens who had worked with Gwen Verdon on “Sweet Charity.” Stevens recreated the great “If You Could See Me Now” number with top hat and cane and all the Verdon moves and, later recreated “I’m A Brass Band” (with dancers), which was put in the show during the Philadelphia tryout.

One of the great rarities was the cowboy ballad “Tall Hope” that closed the first act of “Wildcat.” It was sung by Earley, Kirsche, Luttrell and Scott Thompson dancers.

There was another rarity, a pop torch song “Come Summer,” movingly sung by Murphy. We got the amusing “Everybody Today is Turning On,”(Kirsche and Earley) and Kirsche singing the long version (written at the request of Sinatra) with big key changes and high notes) of the pop hit “The Best Is Yet To Come.” Kirsche was equal to the task and the great band filled the auditorium with brassy notes!

I will state that the newcomers were both stunning performers: AJ Hunsucker singing and dancing to “Real Live Girl” and Hannah DeFlumeri doing the full version of “On The Other Side of the Tracks” and sharing “Little Me” with Murphy. I can’t wait to see their next performances.

The spectacular finish was Luttrell high kicking with the Scott Thompson Dancers to the song that made Tommy Tune a star: “It’s Not Where You Start.” I only missed the balloons from the original show. During the encore reprise, the rest of the cast joined in and the audience stood up and cheered.

Next spring the Showstoppers series will continue with a program honoring Irving Berlin. For more information go to schimmel.pace.edu