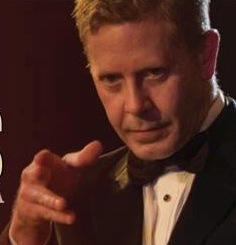 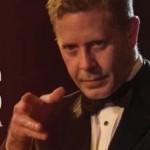 Fred Barton added a third program to his American Showstoppers series at the Michael Schimmel Center for the Arts October 12th, this time dedicated to Richard Rodgers.  Barton had a full orchestra of 12 top musicians and the stellar cast of Broadway performers featured Nora Mae Lyng, Tari Kelly, Anastasia Barzee, Karen Murphy, Damon Kirsche, David Elder, Joshua Henry, Jeffry Denman and Jesse Luttrell.  The show was directed and choreographed by Scott Thompson.  This has been a big week for Rodgers because there was a Rodgers & Hart event during the Mabel Mercer Foundation Cabaret Convention.  Barton’s program featured some real rarities and most of them were sung in complete versions, including the verses and many show lyrics that were cleaned up for the pop versions.

Every performer shone but some of the great highlights were Anastasia Barzie singing “Atlantic Blues” and the complete original lyrics to “Bewitched,” including the reprise at the end of the show when Vera has rejected Joey.  Barzie was superb in both.  There were two selections from “Me and Juliet,” the crazy with contemporary references (at the time) “Intermission Talk” performed by Kirsche and Murphy, and “That’s Me,” a duet originally performed by the great Joan MacCracken and Isabel Bigley, performed here by Murphy and Kelly.

Jeffry Denman did an unusual song and dance to a song for the peddler cut from “Oklahoma” because one of his sidelines was selling sheet music.  “When I Go Out Walking With My Baby” was given the full song and dance treatment by Denman in top hat and cane.  “Ten Cents A Dance” was sung by Tari Kelly dancing with David Elder, Jeffrey Denman, and Damon Kirsche.  When she thought she found her true love, she and Elder did a wonderful ballet version of “Dancing on the Ceiling” but then he gave her a ticket and walked off.

Barton had explained that most of the popular Rodgers waltz melodies were changed to fox trots for the popular recordings of the day.  Barton restored them all in his orchestrations to the original waltz tempos.  Kirsche sang another song from “Pipe Dream,” “The Man I Used To Be” and also the changed lyrics introduced by Al Jolson in the film “Hallelujah I’m A Bum” “You Are Too Beautiful.”  His high notes were wonderful.  Joshua Henry did a mash up of “I’ve Got Five Dollars” and “Everything I’ve Got” and the song resurrected by Streisand from an early show, “I’ll Tell The Man On The Street” and a sumptuous “Falling in Love With Love.”  Veteran Broadway performer Nora Mae Lyng raced through “Johnny One Note,” twisting some of the lyrics but it didn’t matter because she was able to hold that last note forever.  Karen Murphy did “Love Look Away” to show that Hammerstein could also write lyrics about unrequited love but she used the revised verse.  She also did the last song that Hart wrote, the hilarious “To Keep My Love Alive.”

Barton told an amusing story about opening night of “Allegro” that he said Hammerstein’s aide on the show Stephen Sondheim had told him.  Lisa Kirk fell into the pit opening night in the middle of “The Gentlemen Is A Dope” and tried to repeat it the second night.  Hammerstein went back stage and told her if she did that again she would be fired.  Kelly did a terrific interpretation of that song, singing and prancing around the stage.

Tall and gawky Jesse Luttrell sang a complete “Where’s That Rainbow” with a higher key change on the second chorus and he went for a big finish but wisely chose to mute his last “everybody but me.”  The entire cast came forward after bows and sang “People Will Say We’re In Love.”

Barton’s next American Showstoppers in the spring will be devoted to the words and music of Jerry Herman.