An Enchanted Evening with Paulo Szot 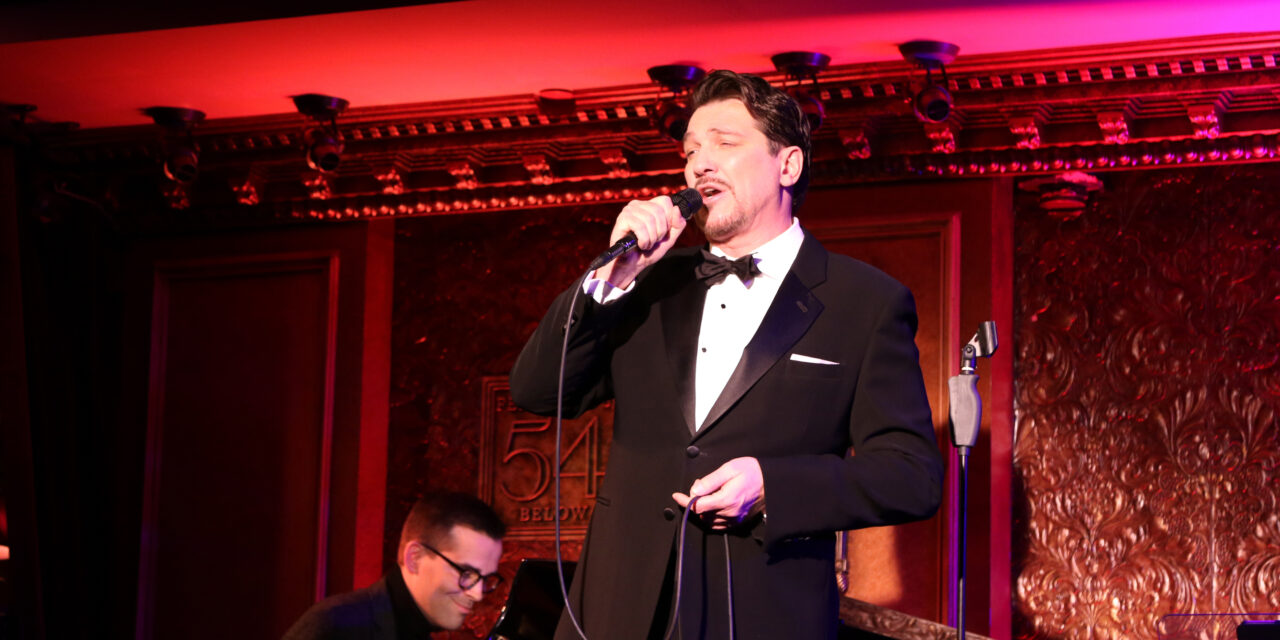 Tony Award Winner Paulo Szot (South Pacific, Chicago) took to the Feinstein’s/54 Below stage for four shows November 24-27. “This is my tenth time performing on the most charming stage in New York,” he said. “I am absolutely thrilled to be able to perform in front of a live audience again, and happy to be in New York⏤my favorite city!”

Szot, a native of Brazil, performed “An Evening on Broadway” in his home country years prior to actually being in a Broadway show. In 2008, he made his Broadway debut in South Pacific, earning a Tony Award, Drama Desk Award, Outer Critics Circle Award, and Theatre World Award, for playing the role of Emile De Becque. Szot, an operatic baritone, has performed with operas all over the world.

Seven musicians from American Pops Orchestra accompanied Szot on stage and began the set with an instrumental duo of “Anything Goes” and “Let’s Do It” from Anything Goes by Cole Porter. Music Director Luke Frazier led on piano with Regino Madrid on first violin, Dilyana Tsenov on second violin, Modesto Marcano on Viola, Samuel Quiggina on cello, Greg Watkins on bass, and Joe Nero on drums.

“An Enchanted Evening/Una Noche Encantada” included a mix of songs from Broadway and zarzuela (Spanish Opera), with a few songs in Spanish. Szot opened the show with “Some Enchanted Evening” from Rodgers and Hammerstein’s South Pacific and also sang “This Nearly Was Mine” and a South Pacific medley later in the show.

“I never got to be in Les Misérables,” Szot said, “but I love that show.” He sang “Stars” from Les Misérables and selections from The King and I, Jekyll & Hyde, Kismet, and Company. The latter received a standing ovation, in tribute to Sondheim who had passed away that morning. I want to share with you how sad we are today that we lost Stephen Sondheim,” he stated prior to singing Sondheim’s “Being Alive.” “His legacy, his songs, his music that he has shared with us will be with us forever.”

Szot looked dapper in his tuxedo and his charming smile and interspersed the songs with stories about auditions, performances, and life experiences. His deep baritone and operatic voice won over the 54 Below patrons who all seemed to thoroughly enjoy every song. Spanish selections during the show included“Granada,” “No Puede Ser,” and “El Dia Que Me Quieras.” Szot’s powerful renditions of “Man of La Mancha (I, Don Quixote)” and “The Impossible Dream,” both from Man of La Mancha were particularly well-received.

It is not surprising that Paulo Szot is a favorite of Feinstein’s/54 Below. He is very charismatic and it is an absolute delight to be in his presence and hear him sing. When he returns for his 11th engagement at the supper club, I highly recommend getting tickets,