An Evening With Audra McDonald and More Audra on Decca Gold! 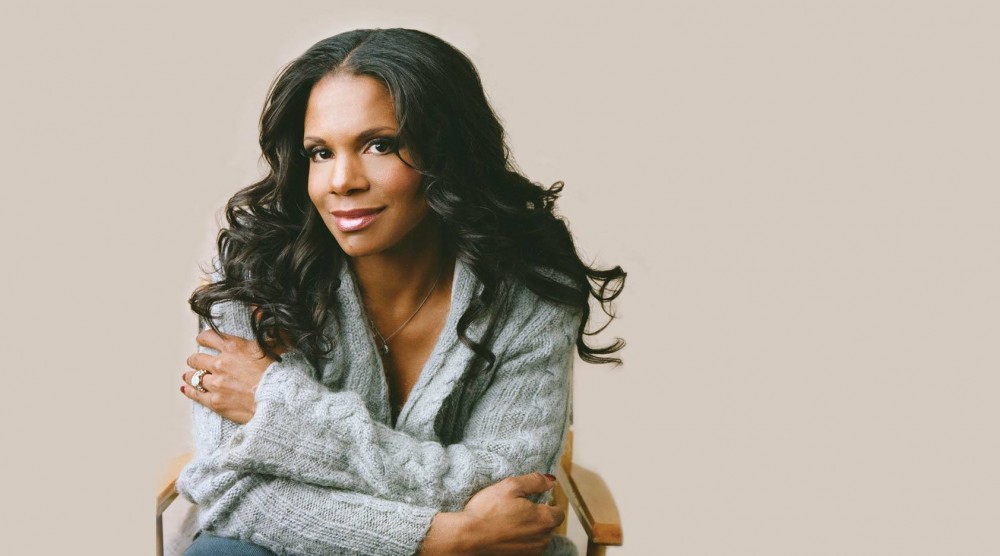 “I am what I am, I am my own special creation,” six-time Tony Award winner Audra McDonald sang just seconds into her spectacular gala concert with the New York Philharmonic on Tuesday, and there can be little doubt (if there ever was) that Jerry Herman’s now-immortal words fit this singular entertainer to a proverbial T.

Indeed, as she proved (again) through 90 minutes of timeless tunes, McDonald possesses more than just a sterling, seemingly-effortless soprano, but also an extraordinary mixture of passion, humor, versatility, humanity and courage. And yes, she exhibited that last quality to the utmost, taking on a wide variety of numbers from the musical theater songbook, almost all of which were made famous (either originally or in covers) by some of the greatest voices of our time, from Barbra Streisand to Barbara Cook, Liza Minnelli and Leslie Uggams. And yet, each sounded reborn and refreshed.

With practically every selection feeling like a highlight, it can be difficult to single out the concert’s apexes. Among my favorites of favorites: a funny yet shimmering “Vanilla Ice Cream” (from “She Loves Me”); a sassy “Cornet Man” (from “Funny Girl”); an expansively joyous “Hurry, It’s Lovely Up Here” (from “On a Clear Day You Can See Forever”); a beautifully introspective “Simple Little Things” (from “110 in the Shade”); and a stunningly heartfelt “Make Someone Happy” (from “Do Re Mi”). Of course, having such an amazing orchestra playing behind her (conducted by McDonald’s musical director, Andy Einhorn) made these great songs sound even more special.

As her fans are aware, McDonald typically uses more new (or newish) material in concert than she did here, but the few exceptions were, as Spencer Tracy once said, “cherce”: Kate Miller-Heidke’s laugh-inducing “Are You F***ing Kidding Me” (detailing a situation all-too-familiar to Facebook users); a revamped version of Ella Fitzgerald’s “Flying Home” that brought out the jazz baby in McDonald; and, best of all, a wonderful new song by the great Adam Guettel from his musical-in-progress “Millions” that immediately made me want to hear this show’s entire score.

Yet, as wonderful as all the aforementioned moments were, some others will stand out for me forever: a truly gorgeous medley of Stephen Sondheim’s “Children Will Listen” (from “Into the Woods”) and Rodgers & Hammerstein’s “You’ve Got to Be Carefully Taught” (from “South Pacific”) that should be heeded daily as a warning to anyone carelessly spouting racist, sexist or other derogatory remarks; an incredibly beautiful (and unmiked) rendition of “Summertime” (from the Gershwins’ “Porgy & Bess”) that practically transported us all from the seats of David Geffen Hall to the fields of South Carolina; and a breathtaking one-two punch of Frank Loesser’s defiant “Never Will I Marry” (from “Grenwillow”) and Sondheim’s ultra-emotional “Being Alive” (from ”Company”) that literally stopped the show. (I also love that she prefaced these selections by saying they showed the two sides of love: someone who swiped left and someone who swiped right!)

Indeed, to quote the title of her stunningly simple and just-right encore: More I cannot wish you than the chance to hear Audra McDonald live!

And this just in:

For those who missed this amazing concert, Decca Gold will release a CD from the evening entitled “Sing Happy.”The recording, which represents McDonald’s first collaboration with Decca Gold as well as her first solo recording with full orchestra, will be quickly mastered and sequenced and set for digital release on May 11 and physical formats on May 25.

In addition, McDonald will kick off a series of national concerts on May 5 in Kansas City, Missouri, with additional stops slated throughout the year in San Francisco, Los Angeles, San Diego, Newark, and Fort Lauderdale, among other cities. She will also appear at Caramoor, Tanglewood and the Ravinia Festival this summer, and will perform at Carnegie Hall’s opening night gala on October 3.

May 1 at David Geffen Hall.