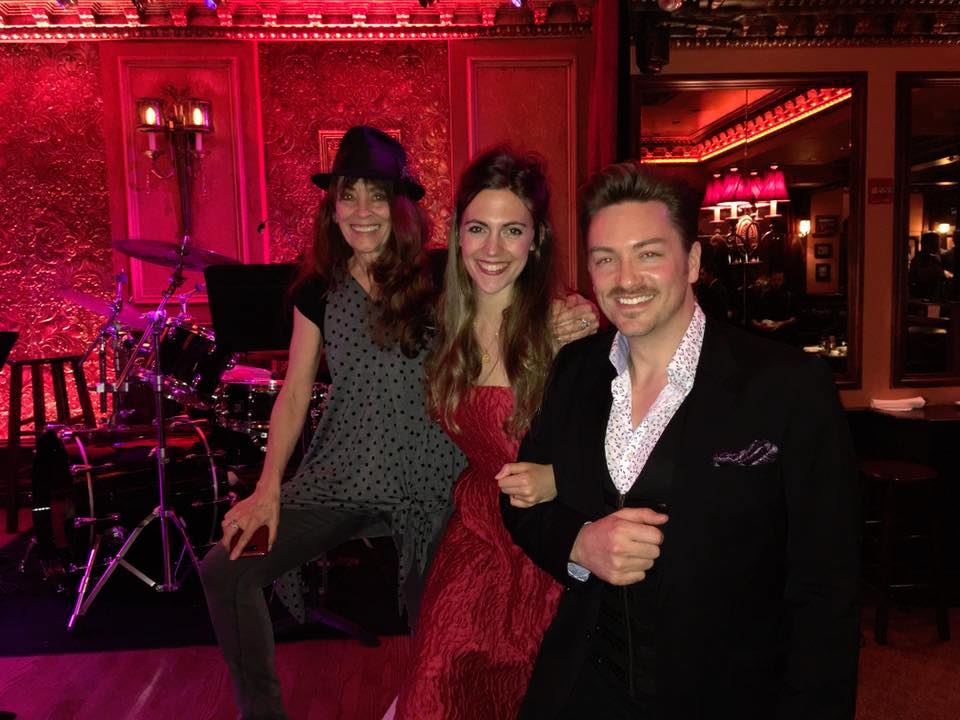 Francesca Capetta interprets songs with zest, bringing Old World classics to Feinstein’s/ 54 Below in An Italian in New York.

With a red dress and an updo, she looks like the belle of the ball, with plenty of friends and a lot of love for the old Italian classics. Great spirit was brought to the Louis Prima song, Oh Marie, and the medley Angelina/ Zooma Zooma.

Capetta mentions that jazz and boogie woogie were favorites of her grandmother’s generation. Welcoming a chorus that includes seven performers, the uptempo classics are almost bursting with energy. There is gutsy quality to Capetta’s performance. She is unafraid, and brings verve to the everyday tunes.

Capetta also doesn’t fail to display a hint of glamour, while sharing the music that really means something to her. A singer and actress who appeared in Broadway Rising Stars concert at The Town Hall, directed by Scott Coulter, Capetta chose a set list that included musical theater classics. Cruising through “Be Italian” from Nine and slowing things down for “My Husband Makes Movies,” she tells it like it is, with style and sensitivity.

She also welcomed Brian Charles Rooney (Three Penny Opera) to the stage for the stirring duet, “The Prayer.” “La Foule,’ sung by guest artist Gay Marshall, was one of the highlights of the evening.” Music Director: Ian Herman kept the show loud and celebratory. The back-up band included Howie Gordon on drums and Sam Hoyt on trumpet. Capetta is often projecting just beyond the room, with a vocal quality that launches beyond cabaret into stadium stratosphere. Although it is broad, it does not feel false. In fact, the performance style is top-notch and quite honest.

Capetta explains that she grew up in Turin, not far from France. Previous credits include Scott Siegel’s Edith Piaf: An All-Star Celebration at 54 Below, along with Gay Marshall, Carol J. Bufford, Molly Pope, and Jenny Lee Stern. Hearing the songs in French is a welcome departure. Capetta gives a faithful rendition of “La Vie en Rose.” “La Foule” is also a highlight of the show.

Presenting an evening of memorable classics takes the risk of bordering on the cliché. An artist would worry that the old tunes sound stale. Perhaps, it’s Capetta’s self-reflection that provides the originality and candor that makes An Italian in New York a success.

Francesca Capetta, an Italian in New York was performed at Feinstein’s/ 54 Below on Saturday, June 18 at 7PM.