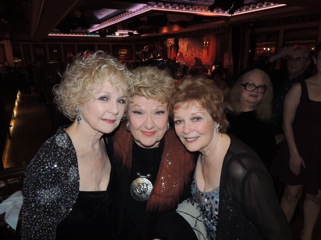 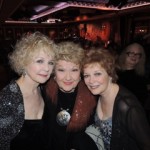 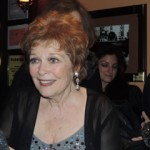 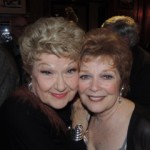 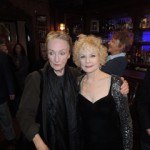 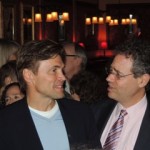 They’re spooners these two Broadway veterans – cleverly mixing up word beginnings to create their recent 54 Below debut show “Sin Twisters.”  It’s all due to Rev. Archibald Spooner – the famous Oxford don of verbal somersault – the father of Spoonerisms.

Each is from a different discipline – Anita Gillette, a musical theatre gal brimming with stories, one about how she got her equity card (must have been that skirt that ripped up the back end) auditioning with “Baubles, Bangles and Beads” – Penny Fuller keen on doing Shakespeare wound up in the chorus of South Pacific as an understudy, but as she says, “I didn’t sing, really.” But her audition, “A Wonderful Guy,” worked, leading to more singing jobs.

It’s easy to see why each has had a successful career and decided to pool their resources and talents as “Sin Twisters.”  With a little bit of competitive repartee and a twinkle in their eyes, the evening was filled with playful songs and stories. They’re just adorable! Why they even both dated Cy Coleman!

From Anita’s soused rendition “If I Were A Bell” (it caught Frank Loesser’s attention) to a more sobering and pensive “Once Upon A Time” from All American, where she created her first original Broadway role, she easily slips from playful humor to sad memories.

Penny conjured up Irving Berlin right out of her cell phone in a very humor-filled “Pack Up Your Sins and Go to the Devil.”

And when it comes to similarities, they were both married and divorced from Doctors.  Anita’s mama always said “if they’ve got tires or testicles, you’re gonna have trouble!”

Each delivered the best of their individual careers in song and story and together in harmonic duets.  Since they both played Sally Bowles in the original Broadway production of Cabaret, they wowed with a medley of songs from that show that had the audience wanting more, more, more.  And we got more!  A terrific “You’re The Top” with special parody lyrics by their uber-talented director Barry Kleinbort.

With Musical Director Paul Greenwood on Piano and Steve Doyle on Bass, there’s no doubt these Sin Twisters will be making the rounds again and again!